Southampton Uni has been ranked fifth in the world for Nursing

The University of Southampton is the fifth best for Nursing in the world, according to the new QS University rankings released today.

The rankings are released every year, judging universities on their performance. They're used by prospective students and investors alike to determine which universities are coming out on top in various subjects. In 2018, over 175 million users viewed the rankings, so it's a pretty big deal.

In total, they judge 1200 unis on 48 subjects which form five broad disciplinary tables. Incredibly, this year, one of the top three unis for 34 out of the 48 subjects is based in the UK!

But back to Nursing…the top five universities this year consisted of The University of Pennsylvania, who took the top spot, followed by Kings College London, Manchester and John Hopkins Uni in the US, and then Soton. Not bad eh? It also means Southampton ranks in the top three Unis for Nursing in the UK. 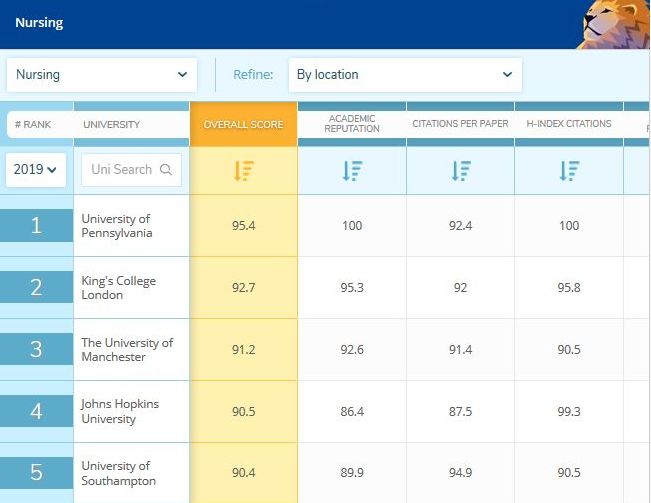 The unis were judged on a number of criteria, including academic reputation (in which Southampton scored 89.9), citations per paper (94.9), H-index citations (90.5) and employer reputation (77.6). Once averaged, Soton scored an overall mark of 90.4, which isn't far off the 95.4 scored by Pennsylvania.

I think this calls for a trip to Champagne Charlies (if you're a Nurse, anyway).

Many are not happy about the four week disruption