‘They definitely want to fire me’: Soton lecturer in necrophilia row speaks out

Justin Murphy reached out to The Tab for an exclusive interview

Justin Murphy, the Soton politics lecturer suspended for tweets comparing abortion to necrophilia, has told The Soton Tab that he has been assigned a hearing, by the University, for "gross misconduct". He argued that this means "they're trying to fire me".

After tweets including: "If you're pro-choice in the abortion debate, I find it very difficult to see how you could possibly have ethical objections to necrophilia," Murphy was suspended in October.

Since then, he has been on paid leave and set up a Patreon account so he can continue his academic work for people to read and donate to.

He has also continued to update his blog and a recent post confirms that another investigation has been launched against him since the hearing. In the post he writes: "This is strange given that a hearing was already announced, but I suppose they want to squeeze in all the incriminating evidence they can. And boy is there a lot of it now!".

In an exclusive interview with The Soton Tab, Murphy confirmed that he's "not trying to be a hero or a martyr or anything like that".

He also said that, unable to communicate with Soton students, he's running a private online seminar with "about ten paying students"

Sounding off on academic censorship, he said: "The current state of academic culture is so unbearably oppressive that I would rather speak freely and be fired than even fight to keep my job."

Read the full interview below:

Why did you post the tweets about necrophilia and abortion and the exchange you had with a couple of members of the union where they accused you of ableism?

I just say whatever I want, really. That's all there is to it. It's not anything too sophisticated. 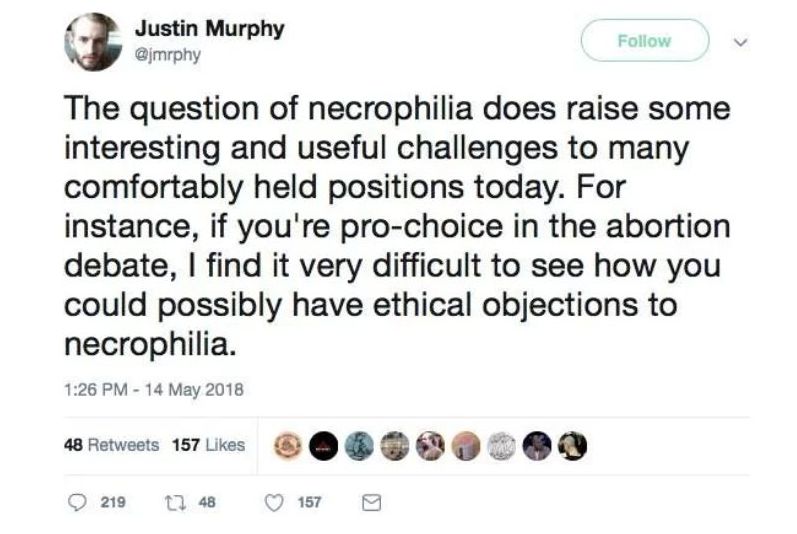 Did you think it would get back to the uni?

I figured it would eventually. I mean, I've always gotten in trouble, everywhere I've ever been, so, I figured I would get in trouble eventually, sure.

Is that what you wanted? Was it designed to get a bit of heat around you and get it back to the uni?

No, I had no designs for anything, really.

So you don't regret what you said, then?

I mean, I've made plenty of errors and mistakes in my life. I take back lots of things and apologise for lots of things when I'm wrong and I'm wrong all the time. There's almost always a better way to phrase things to be kind and respectful and I'm always trying to do those things, so, I'll certainly say all of that but no, I don't regret saying any one thing in particular because it got me in trouble. What has the university done since they started their investigation last year? What has happened so far?

Well, I've basically been on paid leave for a long time now and there have been a bunch of investigation meetings and now it looks like they want to fire me.

We've all been kept in the dark about it. When you were suspended, all of your modules got cancelled and a lot of students had to change modules. Were the students informed by the university?

I can't speak for that, I have no idea. All they told me was you are not to communicate with any students or any staff, whatsoever. So, there was nothing I could do and I have no idea about what the university did.

So, the University told you not to talk to anyone even though you had loads of modules with students and were probably going to be dissertation supervisor to many of them. Did you get any emails from upset students?

No, I did not get any emails from upset students because the university took away access to my email so I haven't been able to read my university email since I was suspended four months ago. I imagine students were disgruntled but they couldn't communicate with me and I wasn't allowed to communicate with them.

In one of your Facebook posts, which we covered in one of our articles, you talked a lot about professors and their lack of ability to speak their mind. Is academia going towards a place where lecturers are meant to be hush-hush about what their opinions are or has it already gone that way?

Yeah. We're not going toward a place where academics are unable to speak freely, we are already there. 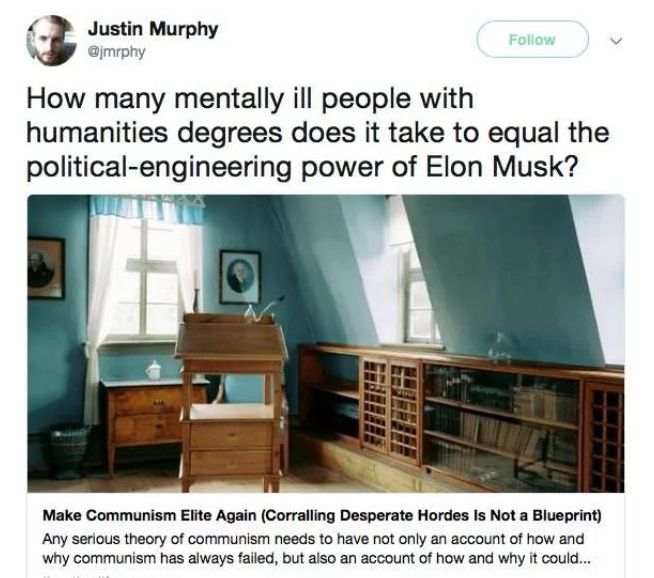 Do you think that's a good or a bad thing?

I think it's a terrible thing. I definitely think that's a bad thing. You see, I'm not trying to be a hero or a martyr or anything like that, but I do think the current state of academic culture is so unbearably oppressive that I would rather speak freely and be fired than even fight to keep my job.

You have to walk on so many eggshells that the job as an academic is not even worth it anymore. That's how I feel. I would say the degree of self-censorship within the professoriat is quite high.

Is that a left vs. right thing? Are some academics left on the fringe due to their views because universities are quite liberal?

We ran an article about your Patreon page last year. Have you had any donations and, if so, how many and how much have you raised?

The controversy has brought new patrons but I won't talk about the numbers, just because I feel like it's in bad taste.

But, I will say that the controversy has brought new patrons and that I am now running a private online seminar that now has about ten paying students.

So that's really taken off since all of this. I'm going to teach my online seminars, I'm going to put all of my lecture courses online and allow people to pay for them, I'm going to write books and teach and host seminars on the Internet. I don't need any university or institution to help me with that.

That brings us to another question. Is that how you see your future going, not in a university but working on your own as you have been recently?

I think that political correctness is so bad right now across almost all mainstream institutions, not just academia, so my personal wager is that if you want to be a real intellectual today, which means really speaking truth and knowledge and expressing it frankly and publicly, you have to escape or exit almost all institutions and be totally independent, but I think the Internet allows you to do that now.

If you are dismissed by the uni, obviously all the modules you were going to teach will be cancelled, do you have any idea what will happen?

I imagine the university will just have to annoy and upset even more students.

That concludes the interview

The university were approached and asked questions regarding Murphy's ongoing case, and a spokesperson responded:

“We do not comment on ongoing investigations concerning individual members of staff". They added: "As a University we promote and defend academic freedom, but this must always be done with due regard for the need to respect others.”