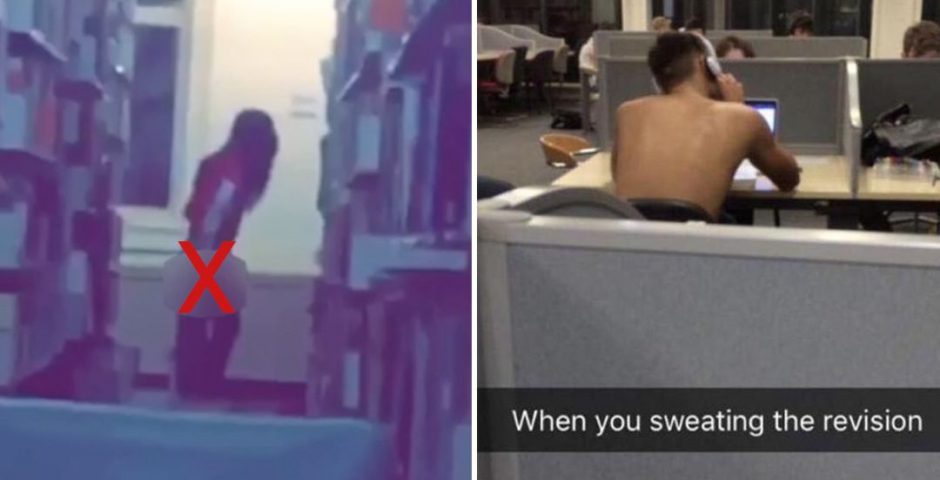 Why can’t we just sit down and do our work?

As the January exam period comes to an end and we reflect on the past couple of weeks, there is no doubt Soton students have spent an inordinate amount of time in Hartley Library.

It can be a wonderful place for feeling organised, social coffees and excessive eye-fucking. But the majority of the time it's where students are stressed, uncomfortably close together and very warm, and this can lead to some very odd activity.

To celebrate the end of Semester One, we've put together our top five most bizarre things spotted in Hartley since September.

We all know how hot it can get in Hartley, whether you've hiked Church Lane or just that the essay-sweats have kicked in – it tends to be a generally warm and sticky place. However, sweat is clearly a bigger problem for some, as one student was spotted in the evening sat at his desk, naked.

When the Soton Tab asked him why he was naked, he said: "I was getting ready to jump in the shower" – I think late-night studying may have got to his head and he thought he was chilling in his lounge. 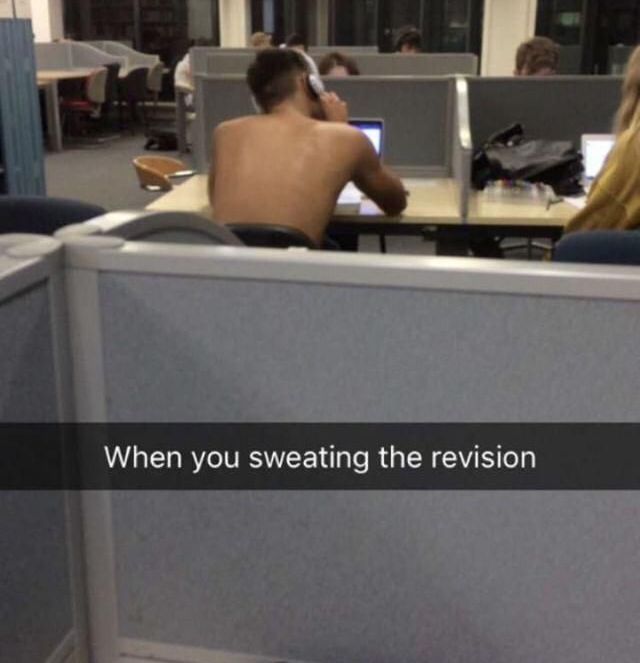 A group of guys skateboarding round the first floor shouting 'penis'

Another day at the library turned weird on the first floor when a group of boys rolled through on their skateboards, whispering "penis".

They stopped, stood and had a chat, and started shouting "penis" louder and louder until people started looking. Then they laughed and skated off.

There's nothing worse than going to the SU shop, spending £4 on some average-looking pasta, settling down in the library to eat said pasta and realising it didn't come with a fork.

One student saw this ordeal unfold for the student sitting next to her, she felt his pain but had no available cutlery to offer him. She was impressed when he shamelessly whipped the case off his phone and ate his pasta with it. That's what you call initiative. 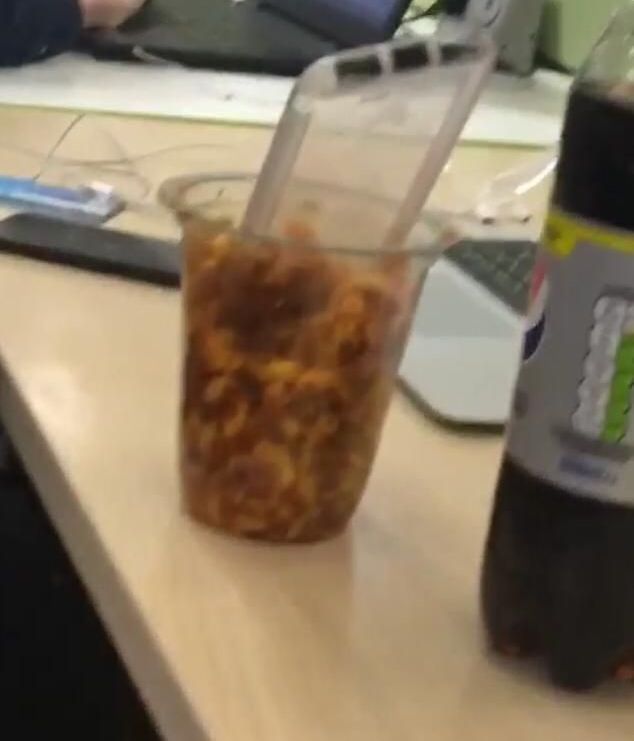 Something that took a lot of students by surprise was when two young boys were seen laughing and running around level five. The fifth floor is intimidating enough for anyone that isn't a medic or a PHD student, and yet here they were, carefree, having a great time.

So many questions: Who brought them here? Don't they have school? How did the get past the scary librarian who guards the turnstiles? Were they just a figment of our imagination?

Two students having a shag

In every university library, there are rumours that people often have sex there. Whether it's a bucket list thing, a form of stress relief or the excitement of doing it surrounded by hundred of other students, who knows?

At Hartley, two students were actually caught mid-bonk by another student , and since this all sort of stories have come out, including multiple under-the-desk blow jobs.