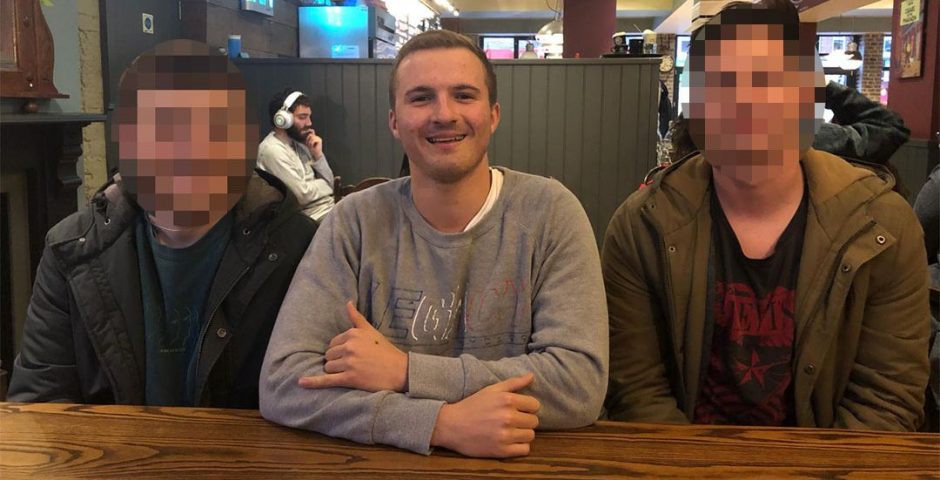 ‘Don’t trust everything you read’: The real Dennis McNennis comes clean and reveals he wasn’t the Switch Shitter

Meet the four Southampton students who managed to fool us all

Southampton's favourite night club, Switch, had its moment of fame last month, after it was reported that someone had shit themselves on the dance floor during TQD's set.

The identity of the culprit was unknown, until someone called Dennis McNennis posted on his Facebook the morning after, admitting to what had happened that night.

We interviewed him about what happened and it went pretty big, reaching over 50,000 people who were all fascinated by the prospect of not only someone shitting themselves in a club and having the dance floor evacuated, but also living to tell the tale, and willing to tell the world about it.

Despite being sent the WhatsApp messages that Dennis had supposedly sent on the night of the incident, and speaking to Dennis himself on the phone, it has recently been discovered the story goes much deeper than had previously been believed. It turns out it was all a lie.

This became clear the other week, when a friend messaged me after a night out, saying: "I met Dennis McNennis last night and the story isn't what it seems". He refused to tell me anymore, however, because he "didn't want to see the story die".

I needed to get to the bottom of this (lol), I searched high and low through Facebook friends, mutual friends and Southampton students – trying to find anyone who looked remotely like Dennis's picture. And finally, I found him, the ringleader and his name is Harry Norris. 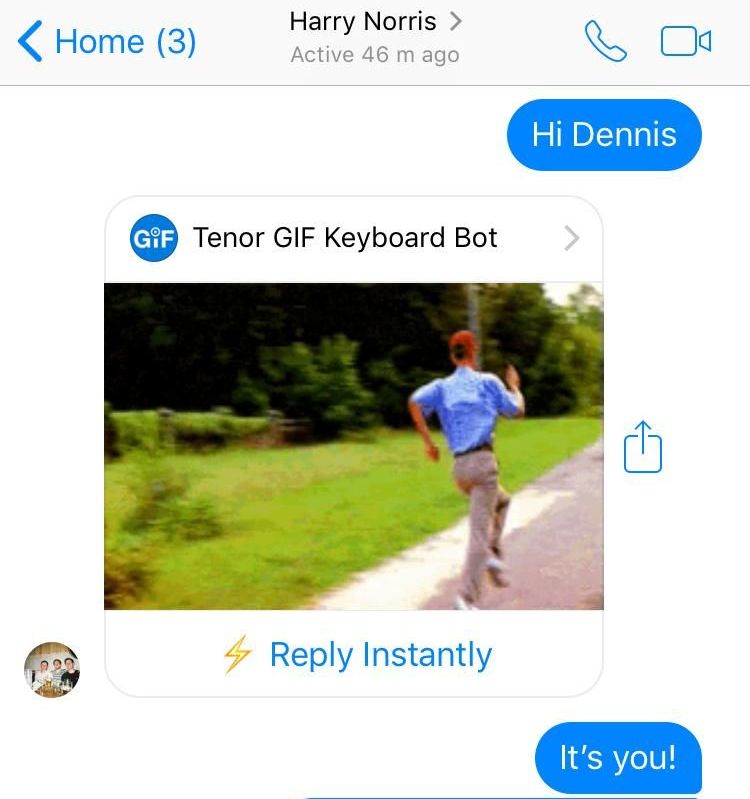 Turns out Harry and the three other ingenious boys saw the story of the Switch Shitter, found a relevant picture and came up with their own plot as a "joke", posting on a fake Facebook account, under the pseudonym "Dennis McNennis".

Their story of what "happened" went viral and they managed to not only convince us all that it was true, but also save the real Switch Shitter from endless embarrassment.

Harry and the other boys (who wish to remain anonymous) agreed to meet me for a chat so I could ask the questions we're all desperate to know the answers to.

When I met up with the boys, the first thing I needed to know was why this fake Dennis McNennis profile had been active since June? Had they always planned to pull this prank? Were they waiting for their moment to strike – setting the profile up with appropriate posts to make it believable? Not at all – their response was simply "cos summers long, innit?"

I then assumed, perhaps, they knew the real Switch Shitter or saw the incident on the night, predicted the embarrassment and publicity this would create and decided to be their hero.

Again I was wrong – the boys explained they had come across the story on Twitter after Flava D (one of the three members of TQD) replied to a tweet from a fan that someone had shit themselves at her event. As an "inside joke" the four boys could look back on and giggle about, they decided to make up a story, find a gross picture online and pretend it was Dennis.

They explained they found the picture on Bing because "Google didn't have anything good enough" (whatever that means). They scrolled down a bit, of course, "to make sure it wasn't bait". Then they came up with a funny story about a silly fresher who ate a dodgy Sainsbury's meal deal for dinner, followed by too much vodka and far too many Pro Plus, all leading to an uncontrollable case of the shits – and that was that.

When "Dennis" was originally telling me the story, we spoke on the phone so I could get as much information as possible. One of the four boys answered the phone, pretending to be Dennis, and told me in great detail exactly what went on that night – stomach ache, followed by a "wet feeling" down his leg and "the worst smell I had ever smelt". Amazingly, he didn't start laughing, which is more than I can say for myself.

This all seemed very believable. I then asked to see any messages of him telling his mates about the incident (because if you shit yourself and clear the club dance floor you're surely going to tell someone). I wanted proof of the date and time the message was sent and they performed.

How did they do this? I asked this expecting a really intricate explanation, but, very simply, they replied – "One of us searched on Google 'How to make a fake WhatsApp chat' and that was that. It's just an app, it's really easy." I probably should've seen that coming. 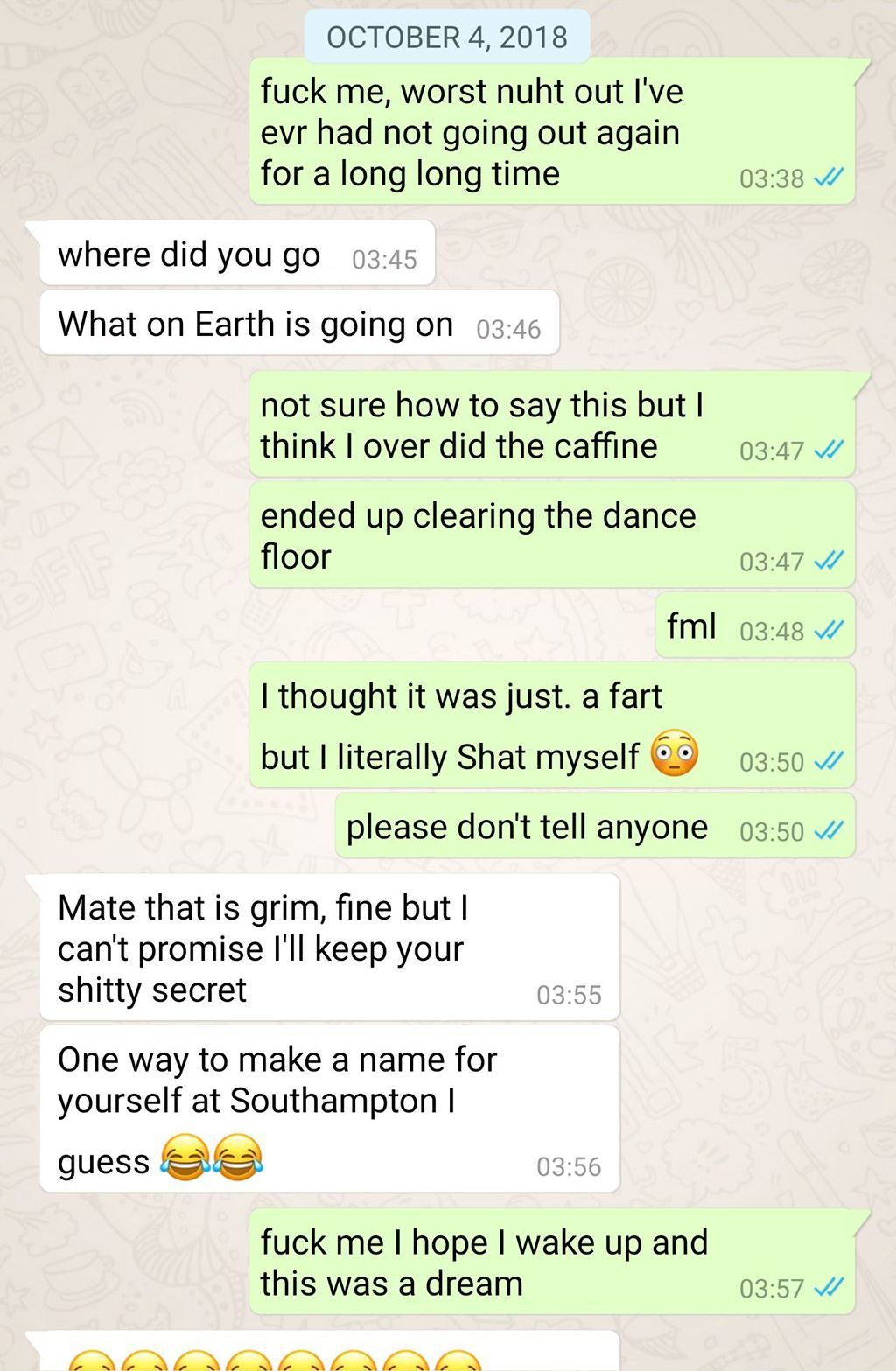 I don't think anyone expected so many people to care about a random person shitting themselves in a nightclub, but especially not the boys. When I asked if they thought the story was going to go viral, they frowned at me…they had no idea how big it had gone.

I told them exactly how many people had read the story and they were first shocked and then very proud of themselves. Their response was, "Fuck, that's mental – defo one of our biggest achievements. That's going straight on the CV".

Considering the publicity this story got, I wasn't surprised to discover that Dennis' account had been sent a few odd messages. One of which was from a guy asking Dennis to shit on him… 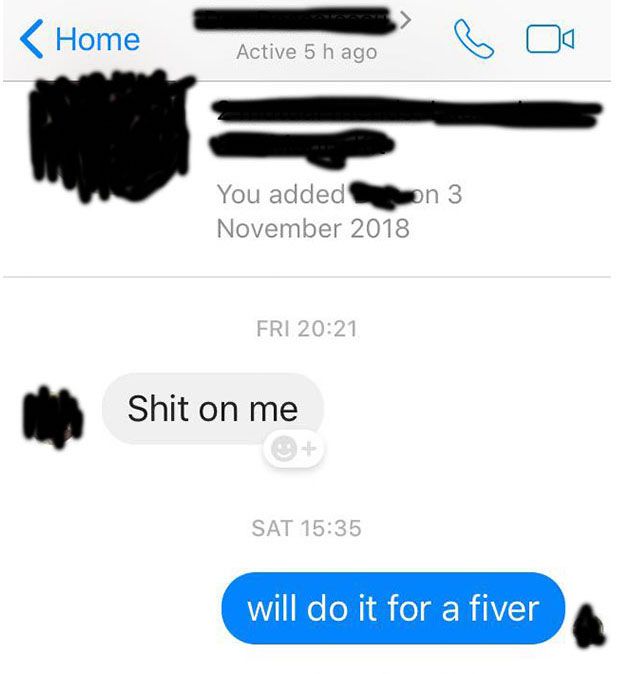 As the profile picture on Dennis' page is a very old pic of Harry, he said a few people had recognised him on nights out. Apparently Soton students are big fans of Dennis, calling him a legend, hugging him and even asking for pictures – Harry admitted "I felt a bit like a celebrity tbh".

After this, the boys decided to take full advantage. At Oceana and Jesters they asked for a shoutout for Dennis McNennis. The DJs instantly knew who they were talking about and apparently both shoutouts got massive cheers. In the Jesters shoutout, the DJ also said "don't shit on my floor Dennis".

The boys continued the fun. They added random people from Southampton on Dennis's Facebook page, causing more and more people to grow suspicious and ask: "Who really is Dennis McNennis?"

Dennis also clicked "going" on random events, which apparently lead to loads of messages in the boys' group chats from unsuspecting friends, thrilled that Dennis was going to the same event as them and that they might actually meet him!

They eventually received a message to one of their private Insta pages from a random guy asking about Dennis. From this point, they realised the story was starting to unravel. 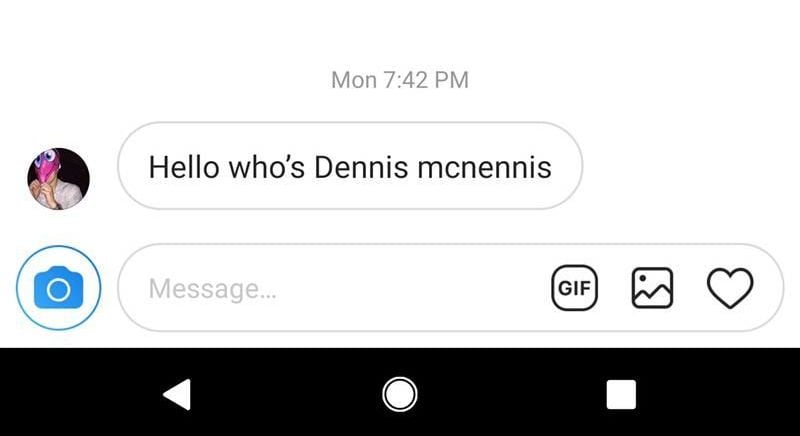 They eventually admitted to me that Dennis McNennis isn't their first fake account. Last summer, they made another fake account called Thomas Noms for the same reason: bored students, trying to find ways to pass the time. Sadly, Thomas Noms didn't quite get the same recognition and has been left in the past.

However, all great things come in threes – does this mean there will be a third and final series coming next year?

Harry answered: "Well, now Dennis has been rumbled he'll have to go under cover for a bit. But who knows, maybe under a new name. Moral of the story is – don't trust anything you read kids."

We'd been chatting for a couple hours and the boys had told me all the ins and outs of how they managed to pull of such a heist, it's fair to say I was thoroughly impressed. I had everything I needed, apart from one final question – did Harry have any words he wanted to leave the readers with, before Dennis McNennis was exposed forever?

"To the real Switch shitter, you're welcome mate" – what a hero.