I let 1,000 Instagram followers control my life for 24 hours

I know, I’m an idiot

I do a lot of dumb stuff, okay. I’m a risk taker. I frequently let my best friend (who has no hairdressing experience) cut my hair. I buy clothes on Depop without checking the customer reviews. I send risky texts even when I’m not drunk. So when I came up with the idea of letting The Soton Tab's 1,000 Instagram followers run my day for me, I kinda had to do it. I thought it would be funny.

For 24 hours, every single decision that I made had to be approved by our Instagram followers, and I had to give them at least half an hour to make their decision. Literally everything was under their control – I even asked them if I could go for a wee. Followers controlled what I wore for the day, what I could eat and even controlled my Tinder, leading me to text ex-boyfriends and total strangers. Here's what happened.

Preparing for my impending doom

I ate a solid dinner, brushed my teeth, and took a shower. Just so I didn’t have to go about my Tuesday with greasy hair and bad breath in case the Insta followers didn’t let me wash.

I was nervous, but excited, and spent a long time in the shower just wondering how my life had come to this moment.

A whole day without having to make any of my own decisions? Without having to think or blame myself for the consequences of my actions? Great. I would be back where I wanted to be – the age of four. The lack of control over my own life however? Not so great. 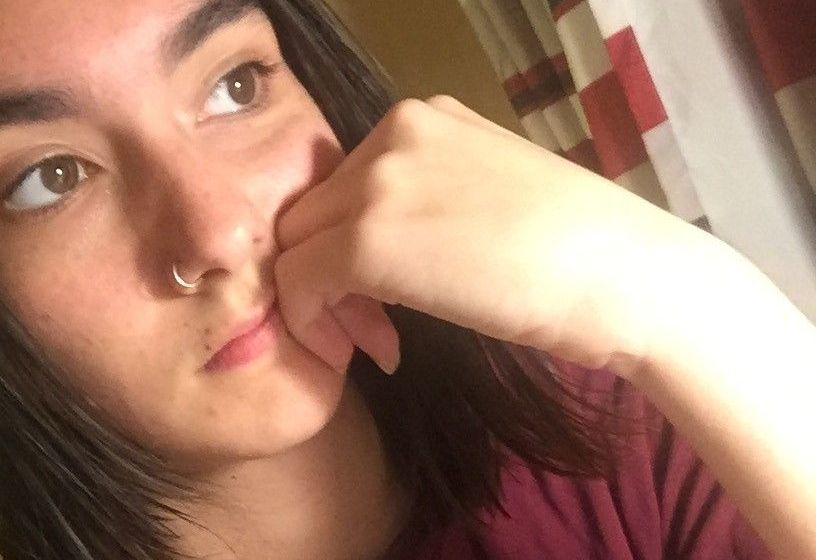 Anxiously, I posed in my room and posted the most awkward, cringey introduction I could think up to the world of Instagram. This was it. The moment I renounced all control of my life and put my day in the hands of strangers. 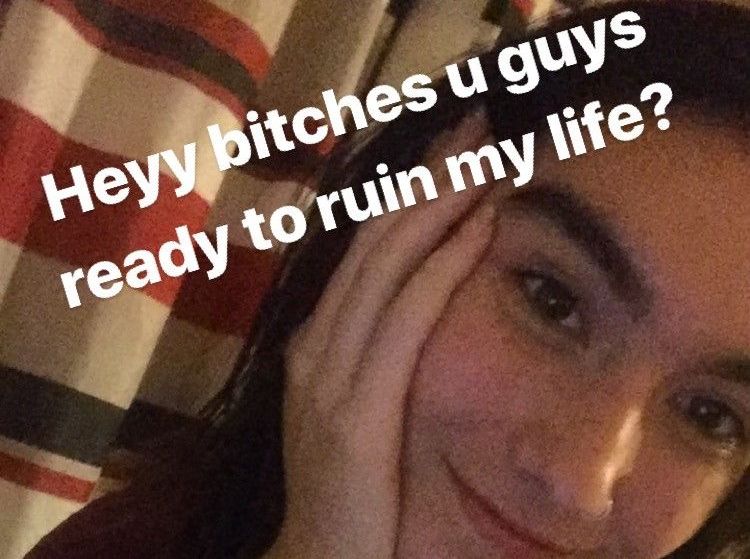 The first question was a simple one on the surface – "do I go to my 9am", but little did the followers know that I was actually playing a crafty game. I was banking on them all thinking that I didn’t want to go, when actually I did. I awaited the answer with a beating heart, and nearly cried with joy when I was told that yes, I could go to my 9am. I had successfully fooled everyone. 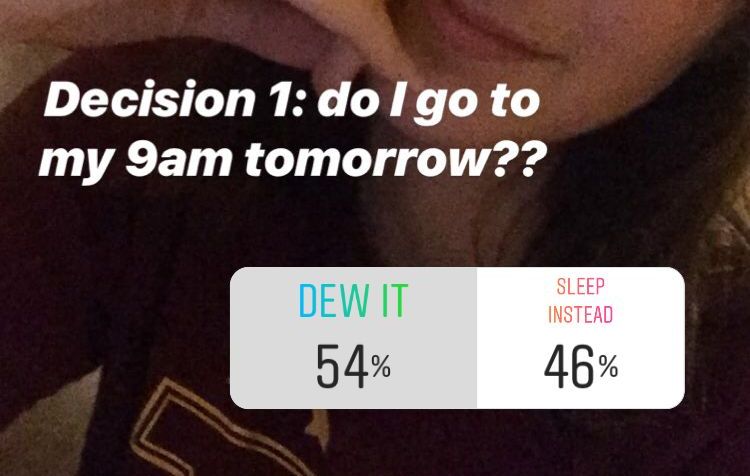 I had a few things to sort out in preparation for my day so the polls were coming thick and fast. Next up was planning my clothes and general lewk for the next day.

This bit was surprisingly easy for me. I dress like the weird crossover of the S Club 7 reject and iCarly cast member that I really am, so I’m used to wearing clothes that are a little bit unusual (by unusual I mean everyone thinks they’re shit). My biggest fear here was being told to wear regular jeans. That was something I didn’t even want to think about. 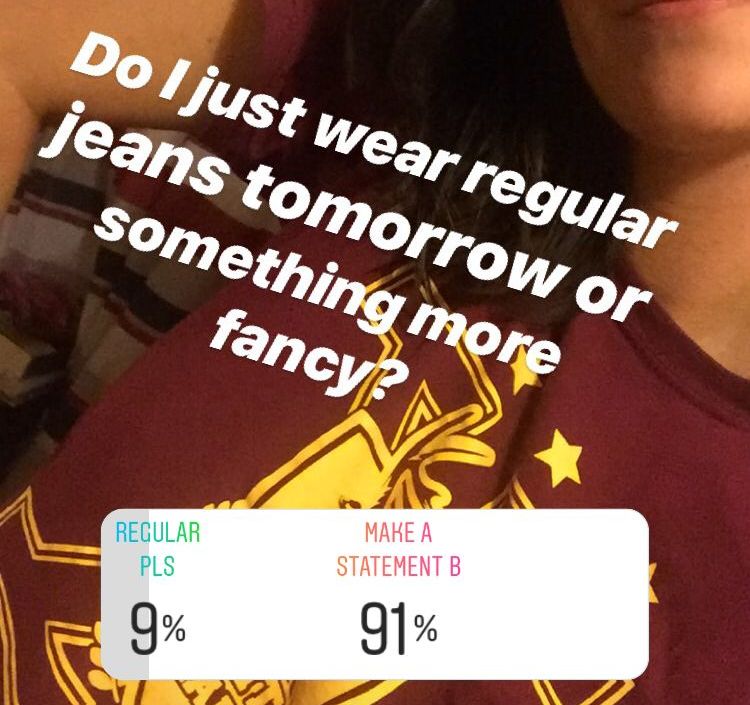 Luckily I didn’t have to deal with that absolute nightmare of a scenario. But I did have to contend with a dumb scarf that I had suggested, a smoothie for breakfast, and the fact that I had not been given a weather appropriate outfit. 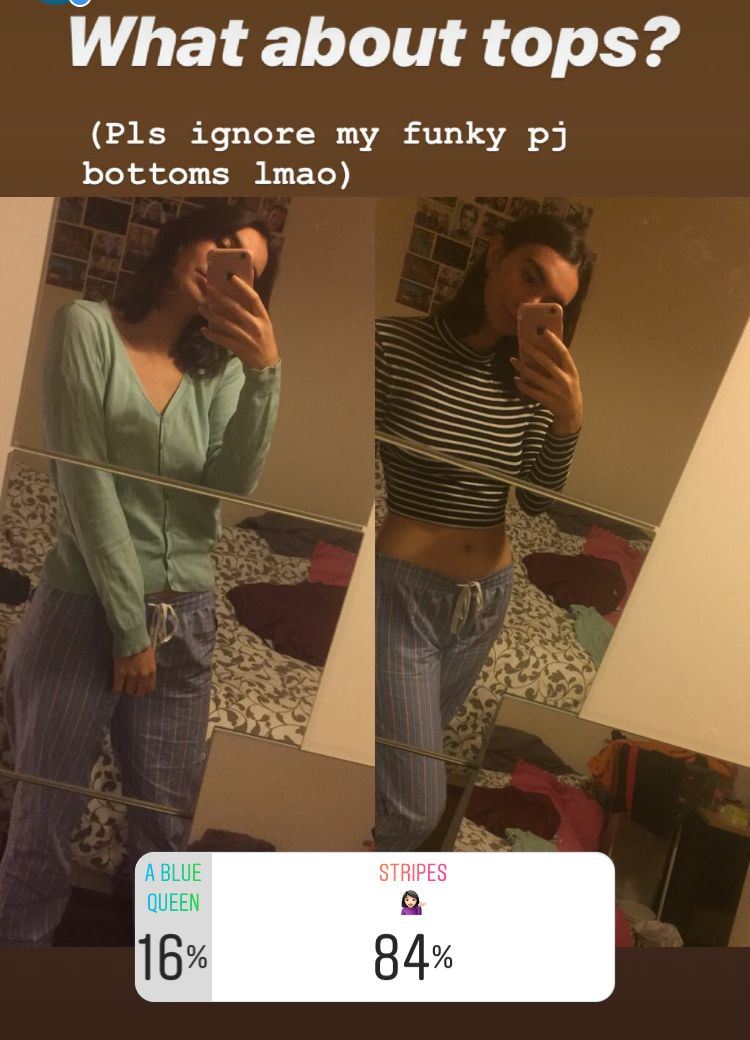 When I left for my 9am it was seven degrees outside. SEVEN. DEGREES. And my popper trousers were showing my pale, goosebump-y legs for all to see. As I walked to Avenue I glared at everyone I walked past. Had they done this to me? Was this their decision? Not even my tiny French scarf could keep me warm. 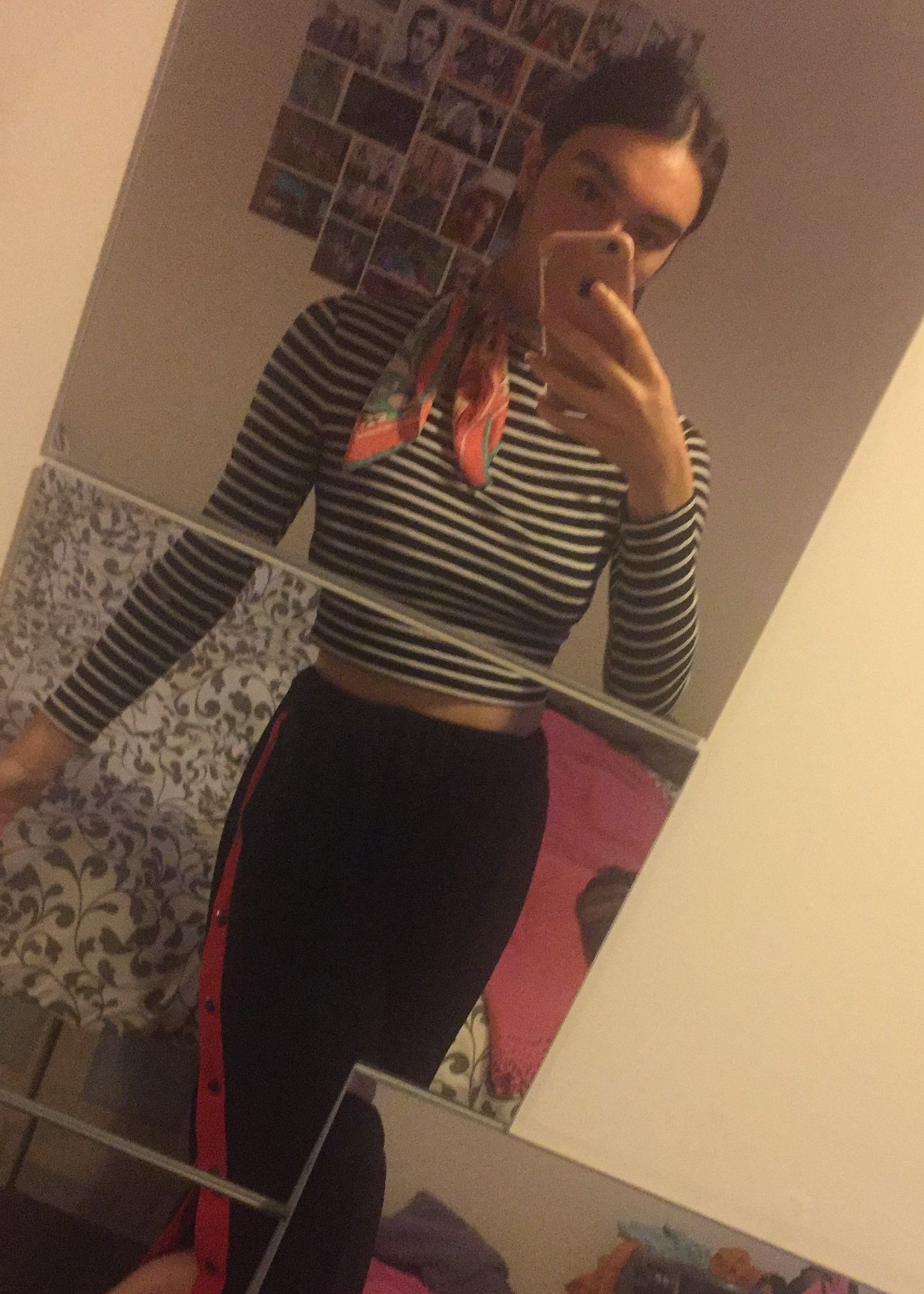 Ya girl was also exhausted. I had foolishly suggested wearing makeup and was told to do it. As a little anaemic baby who hasn’t taken her iron tablets in so long that she doesn’t actually know where they are (sorry mum), I value my sleep very dearly. And the extra half an hour it would take for me to put on a full face of makeup didn’t seem worth losing some sweet Zzzs over. 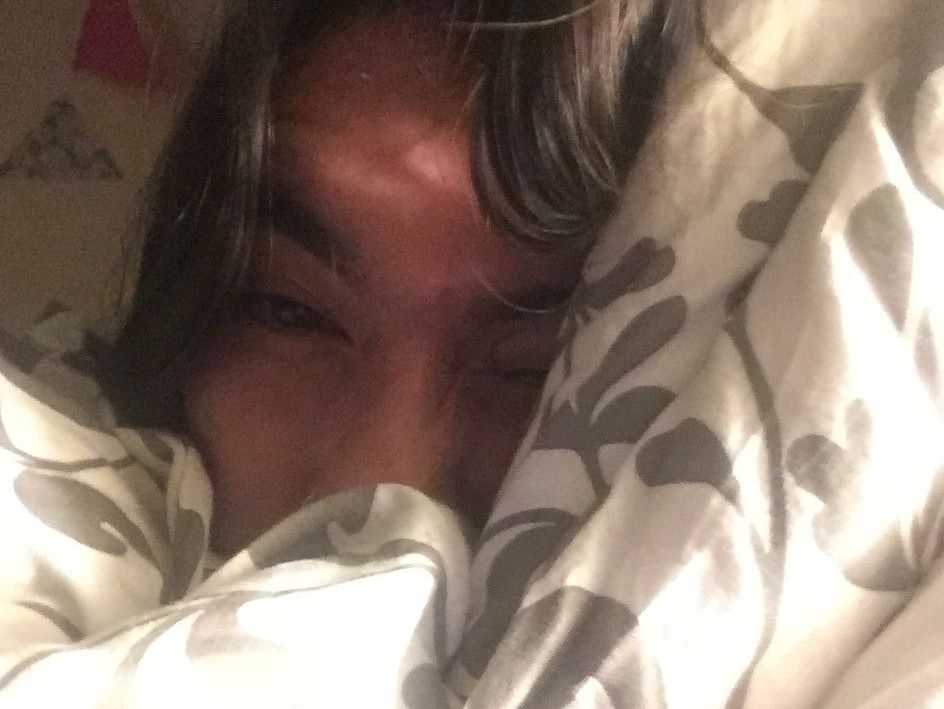 I wasn’t allowed to go home between my lectures – I had been told to go to the library instead and was sitting there absolutely fuming about the decision.

There was a packet of cheese and onion crisps waiting for me in my kitchen cupboard, and it was all I could think about. That and the fact that I wasn’t even allowed to go for a wee (thanks for that one everyone). 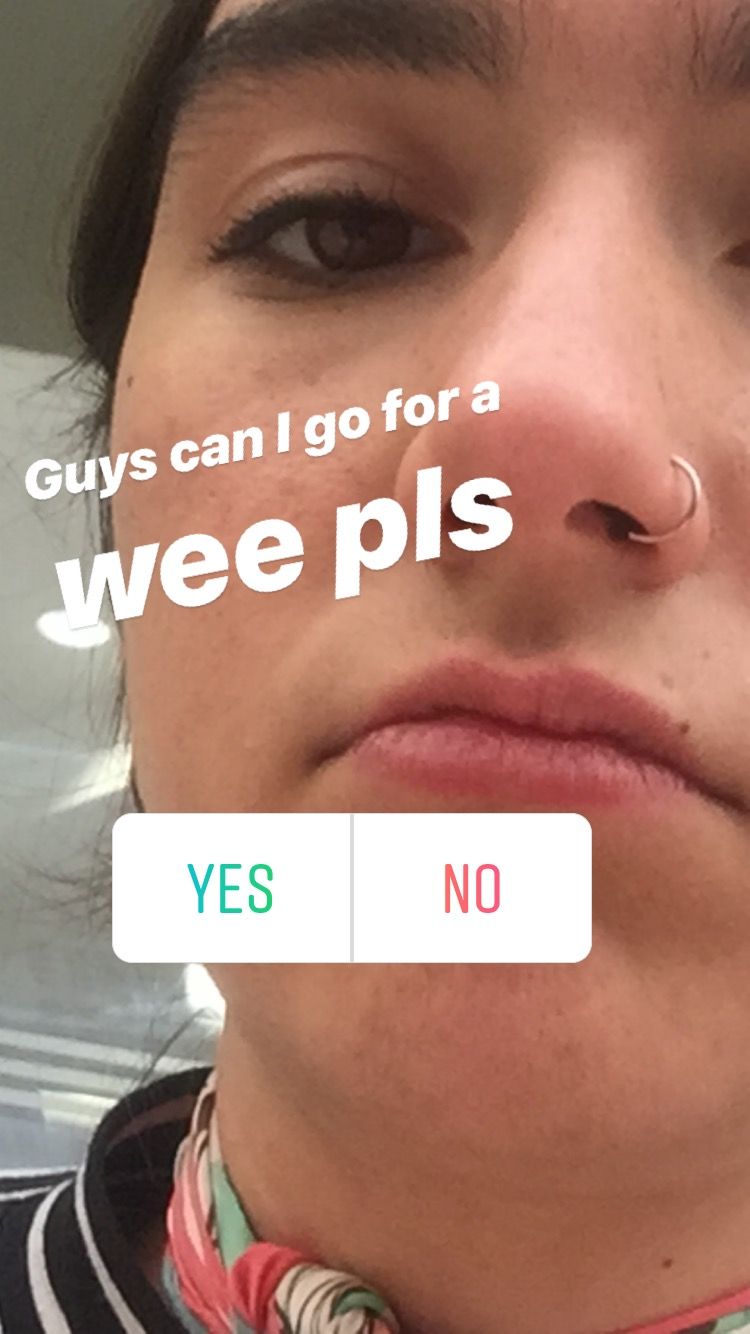 To distract myself I decided it would be a good time to start some drama and asked Instagram if I should text my ex, or someone new. I also tried to get some Tinder shenanigans going by sending heart eyes to everyone I matched with, but my matches are pure trash and to this day they are all yet to reply to me. 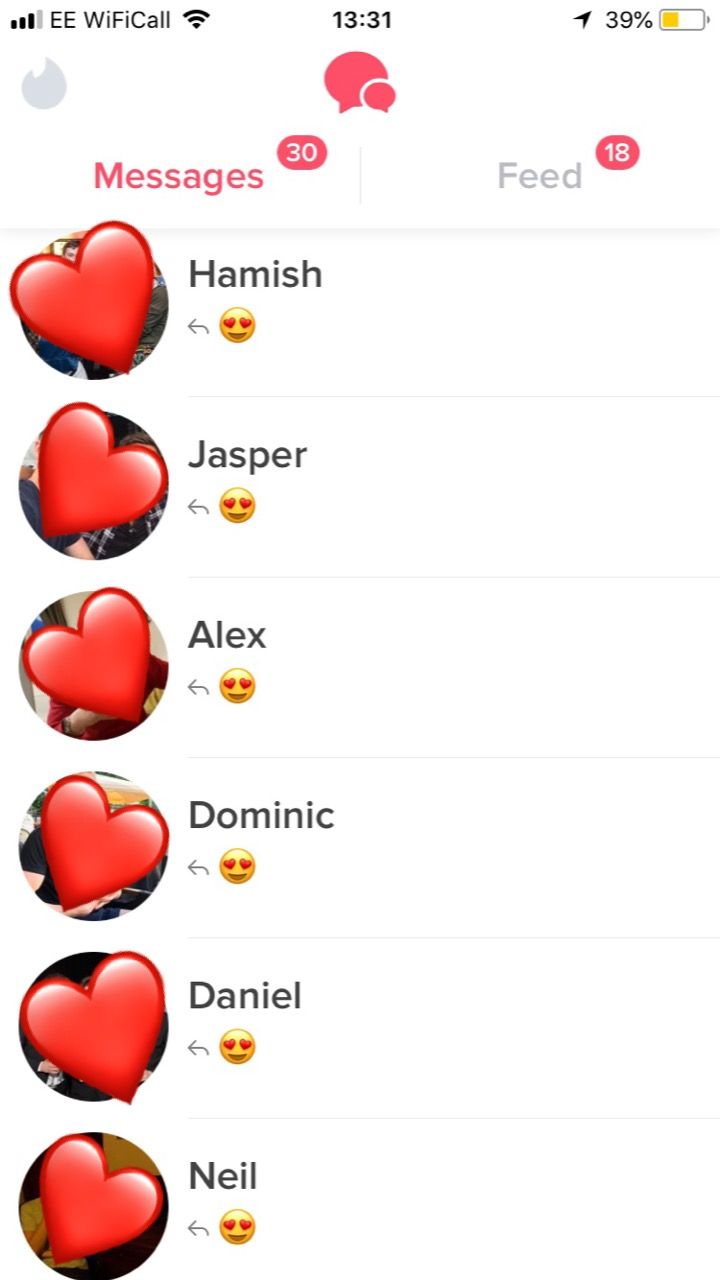 After lingering in the library for an awkward hour, it was time for some more learning. My lecture was on the 8th floor of the maths building and yes, I know, I should have asked Instagram if I should get the lift or the stairs, but I didn’t want to risk subjecting myself to the absolute TORTURE of walking up those stairs. 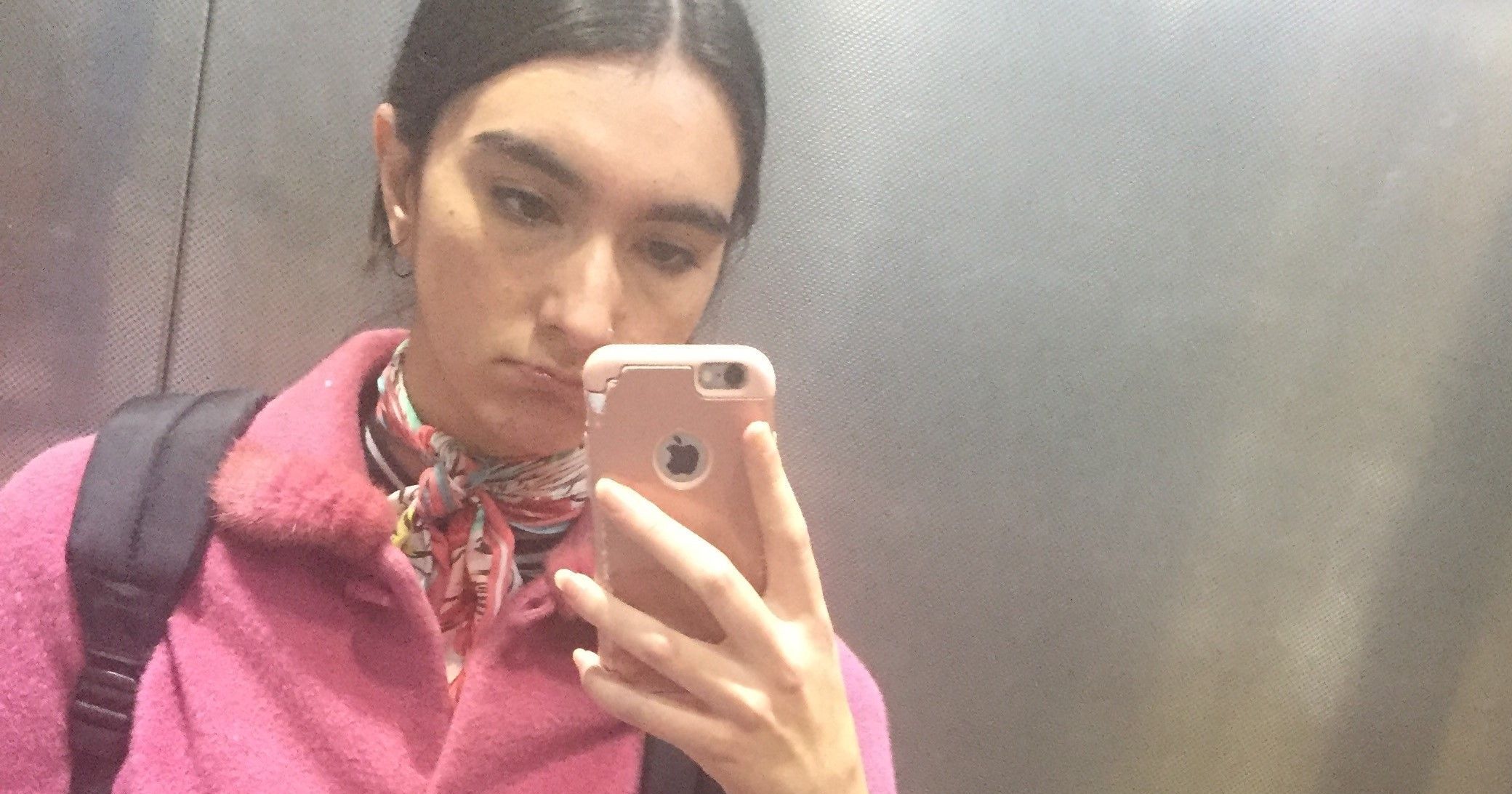 It was in that lift though, where I, desperate for a wee, on the verge of texting my ex, and dressed like a strange mannequin from 2002, was forced to confront myself. I wasn't happy about it but I went for an unapproved wee in protest. I also couldn’t get the crisps off my mind, so I got some lunch themed polls going to get me through my lecture. 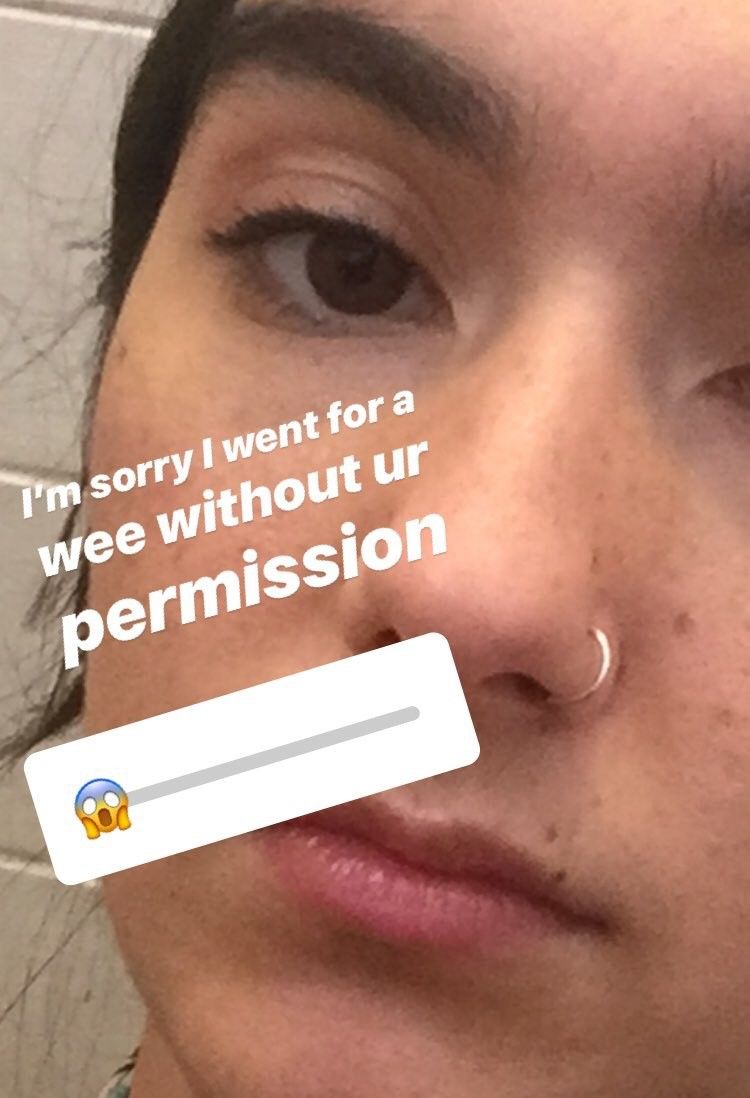 The lunch chosen for me was a burger and chips, which was absolutely dreamy, but I also had to have a vodka orange-squash with it. It felt wrong. I was drinking alone at midday because strangers on the internet had told me to. This was not the way my life was supposed to go. 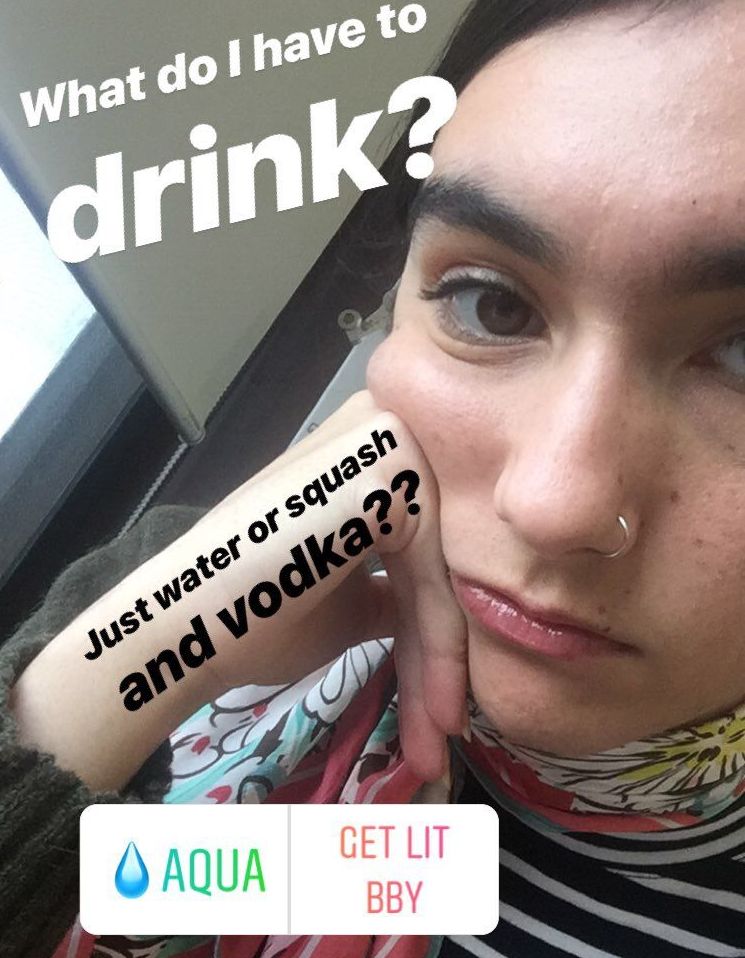 My lectures in the afternoon went quickly, but I wasn’t really surprised seeing as I was likely lowkey smashed, and when I came home I wanted to start some drama. So I decided that texting someone I barely knew was a good shout (honestly why am I like this?) and ended up telling an acquaintance that I was in love with them. I was immediately rumbled ofc. 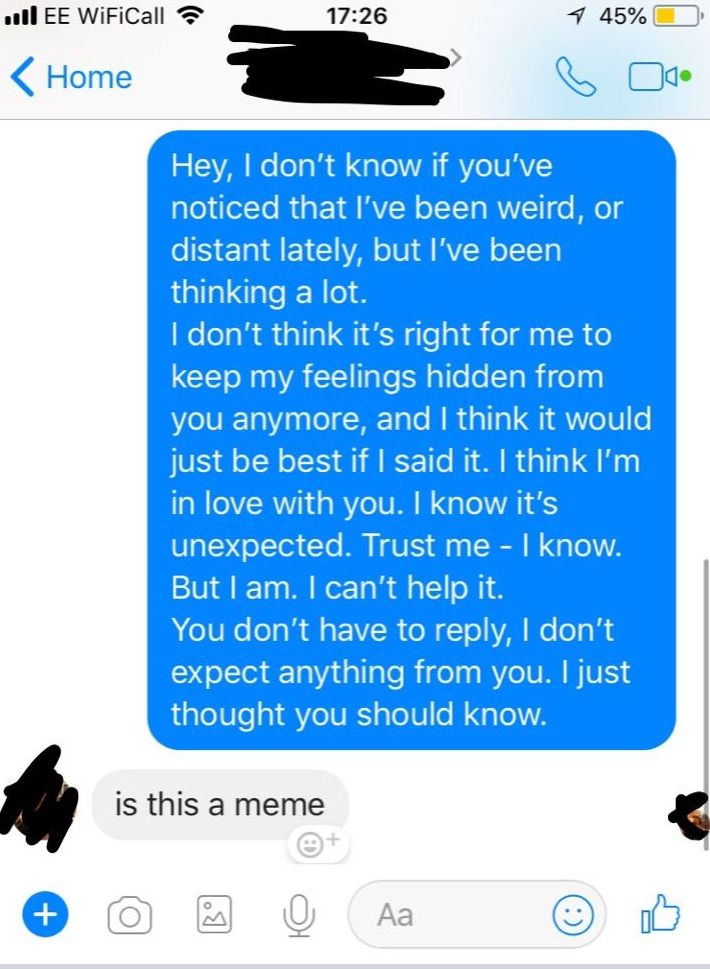 With my time being controlled by Instagram quickly coming to an end, I threw out a couple more polls just to finish it off. The first was what I was going to have for dinner – a solo packet of crisps or a big bowl of pasta. I left that one simmering for a few hours, as a nice surprise for the end of the night. 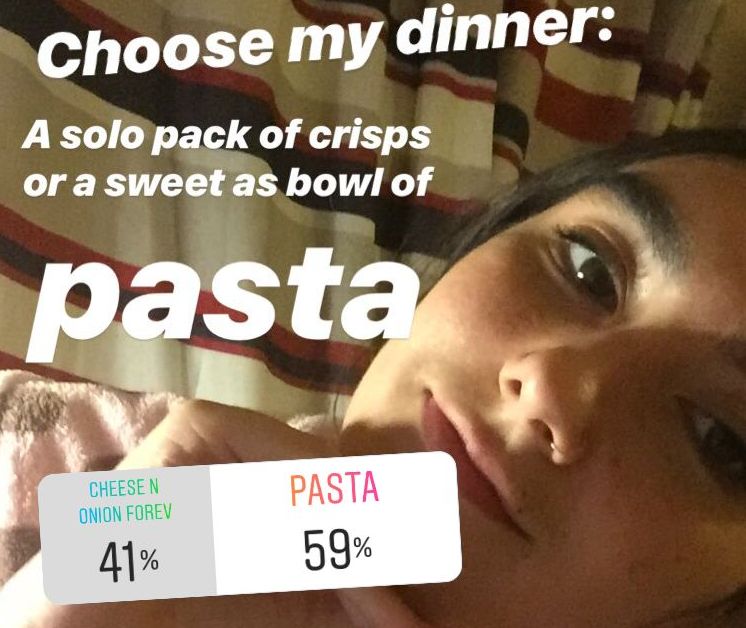 The second poll was if I was allowed to shave my armpits before my ballet lesson. Everyone said no and although I wish I was, I am not one of those girls that can rock a stubbly pit with confidence. I wore a cardigan for the entire class to hide my silly armpits. I was approximately one thousand degrees by the end, very, very sweaty and had forgotten my water bottle. 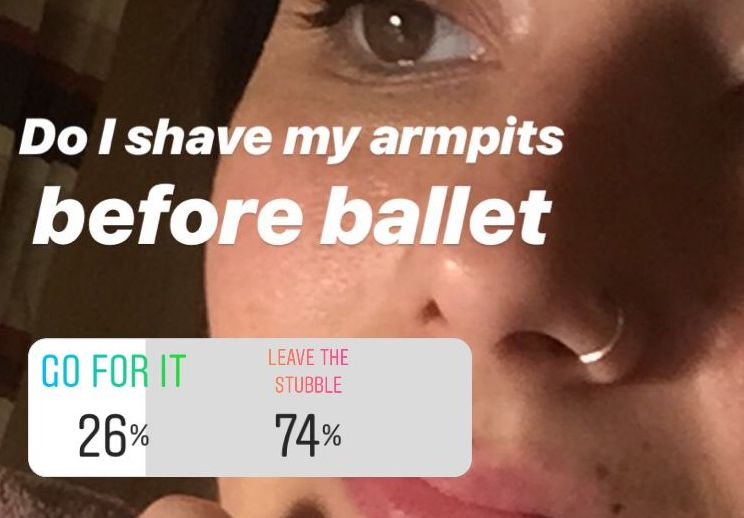 When I got home and began to make my tasty pasta dinner (as much as I like cheese and onion crisps, I really did appreciate a proper meal) it was time for me to say goodbye to the Instagram. It wasn’t a sad moment really, but more of a strange one. 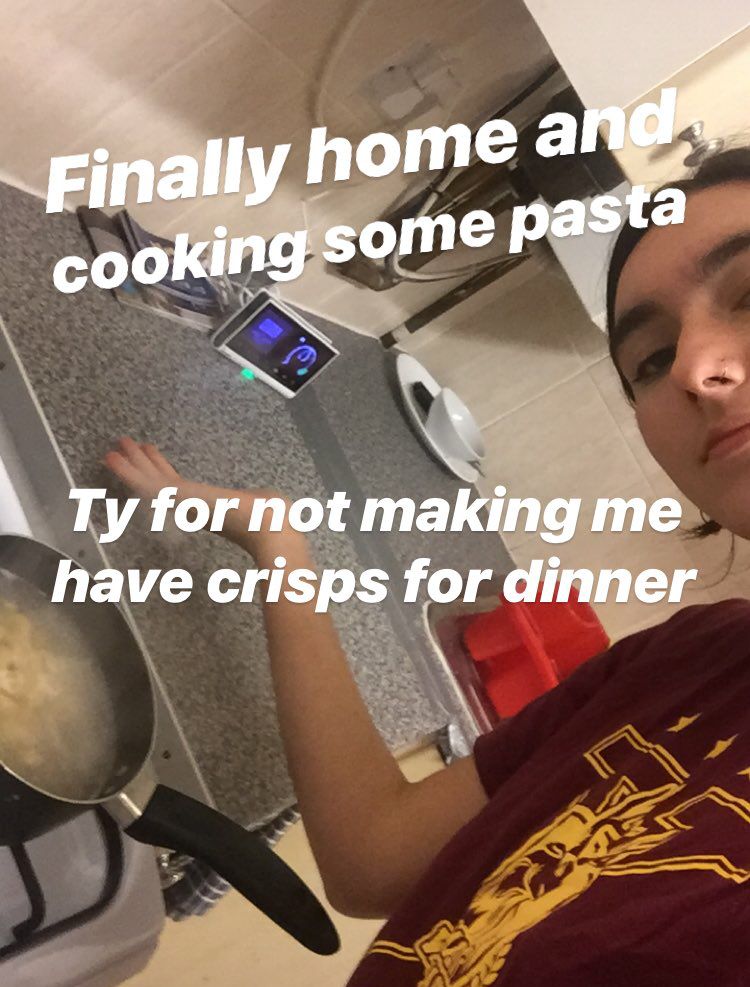 The Instagram wasn’t the comfort blanket I expected it to be – saving me from thinking for myself, but more like a stupid friend who dares you to do dumb things. Except I had no choice but to actually do them.

I don’t know if I could handle Instagram running my day again. I was exhausted. But I don’t think I regret doing it either. Was pretty funny tbh.