All the struggles of a second year house

2nd year is the year where you have to fend for yourself. There are no bills included no en-suites and no cleaners. It's a recipe for disaster and one we all know too well.

Perhaps it is the array of tea bags stocked up to the high heavens against the wall or even the soggy pasta that someone cooked too much of. Either way, the jenga pile rings true to us all – with everyone refusing to take the bin out and replace the bin bag with a new one, the jenga pile is an avid feature in a 2nd year house.

The longer you make it last the better, the sparse use of bin bags is helping to save the planet after all. That is until someone gets fed up and spends the next half an hour trying to remove the rubbish that has been so squashed it's become a rigid bin shaped bail.

Someone else will wash it up

Putting water in it for a week isn't the same as washing up! 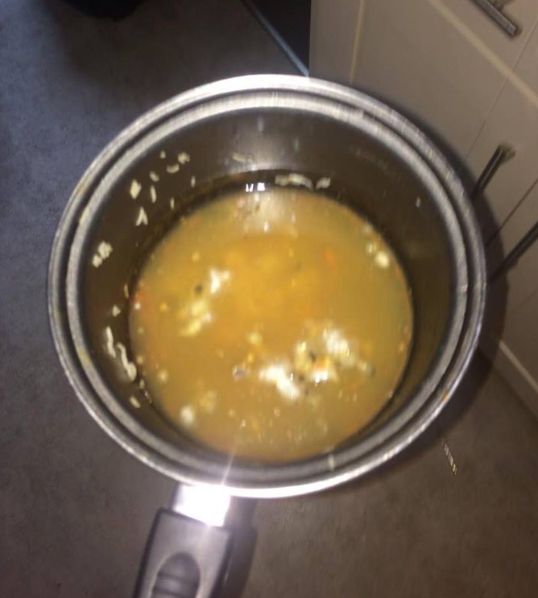 A lovely example of someone reckoning to wash their pan

You move the array of plates and pans out of the sink, but you suddenly cringe as your hands touch the soggy mass of pasta, noodles and onion hidden beneath them.

Try to jam it down with a fork? Yes.

Try to wash your bowl with just the running water from the tap? Yes.

Scoop the food out of the plug hole? Not a chance.

The inability to recycle

What's a recycling bin? And what goes in it? Why have the binmen refused to empty it for the 3rd week in a row? Doesn't food go in there?

I'm sure every student household has one, despite the no smoking policy… or perhaps my house is a rare breed.

How far can you fill it with ash and fag ends in one night?

What is a bin?

Despite some housemates finding the bin causing the thrilling game of jenga, some just can't seem to find it.

Why are there 5 bean tins on the side with mould in? 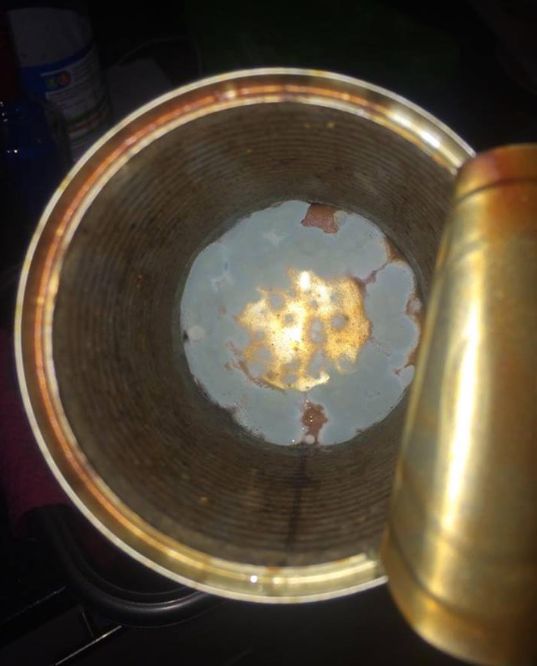 The gag that goes with opening the fridge door.

The carpet on the carpet

Don't think of walking around without shoes on, oh no.

When you come to University you get the essentials, cutlery, a pan or two and a bowl and plate. But obviously not everyone does.

Despite not eating toast I always end up with my plates on the side with a half eaten slice of toast or covered in crumbs…despite having them washed in my cupboard. Hang on why is my spoon in that red bowl? 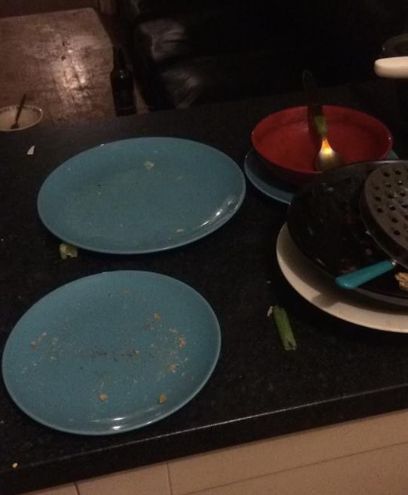 p.s. the famous fag bottle lurking in the background

A museum of plastic bottles

Coke? Fanta? Lilt? Which exhibition would you like to see?

Dominos should sponsor us

A Student house wouldn't be a student house without a scattering of pizza boxes that don't seem to be able to make their way to the bin.

Everything goes wrong when we arrive

It's always our fault.

But despite all that, living with your mates, having endless cups of tea made for you, watching corrie together and having legendary house parties all make up for it.

Just mind the layer of plates covering every surface when you're dancing.