Susu the cat: a tragic loss or relief in the face of animal cruelty?

The death of honorary Union President and beloved UoS campus cat Susu made headlines on Thursday in the Soton Tab, and was even reported on by the likes of the BBC and The Daily Echo. Sympathies are being offered to students and the Union, but alongside them is the persistent question: was it appropriate for an animal to be surrounded by 23,000 students?

The Students’ Union, home of feline Susu for fifteen years, announced of the cat’s passing on its blog, quoting Union President Flora Noble who recognised Susu as “a true figurehead of the Union", who “will be sorely missed by staff and students alike". It is understood Susu’s death was caused by liver problems, which the cat had been suffering with for some time.

Although Susu lived a long life for a cat, her death was received as a tragedy; for many, the tortoiseshell cat was perceived a mascot for their university career and experience. Even the Solent Student Union offered their condolences, affirming Susu the cat’s status as “not just a SUSU legend, but a city icon”.

For some, however, the loss of Susu is prompting questions about the cat’s true wellbeing in her final years. Last year, a tweet from Susu’s own account, @SUSUPresiCat, warns the cat is “tired”, but still encourages students taking selfies with her as part of a university induction. Another that followed in Susu’s final hours acknowledges the cat is “quite ill at the moment”, and urges that human food given to Susu by students has worsened her condition. 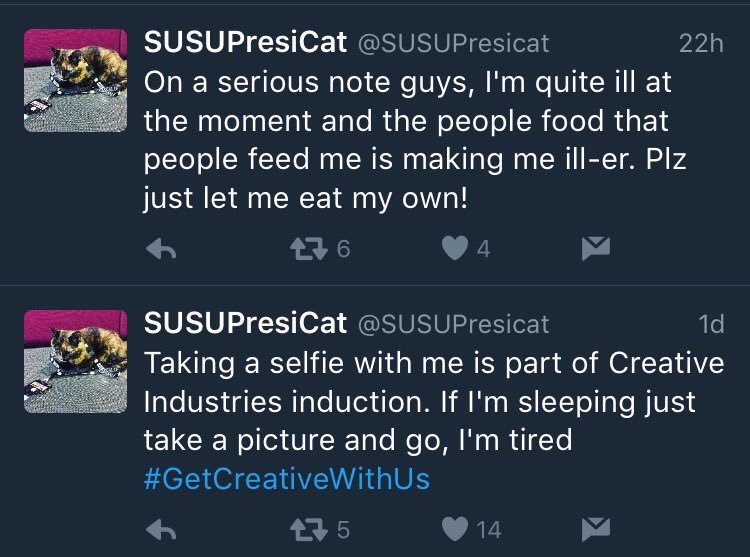 The tweets indicate unease about the Union’s motivations concerning Susu’s welfare. This suggests the cat was used unfairly as a marketing tool by the Union and the university. After the university cat was voted in as honorary Union President with an overwhelming majority last year, Susu, and by extension the Students’ Union, made national headlines in the BBC, the Independent and the Huffington Post. From appearances at Freshers’ events held in her Union home to features in Freshers’ welcome packs, Susu has unquestionably been leveraged as an attraction of the Union and the university as a whole, and this only increased in her late years.

Susu’s death highlights a problem with pets owned by establishments and groups, as she was. Most animal rights groups, such as the RSPCA and PETA, condemn ‘classroom pets’, explaining the provided environment, diet and room for normal behaviour patterns can rarely be controlled in a collective pet ownership outside of a domestic setting. Students who visited Susu in the Students’ Union will recall the bombardment of persistent and unfamiliar petters and selfie-takers that the cat was subjected to, leading her to become indifferent and occasionally irritable toward human company. As Susu’s deleted tweets indicate, it was not uncommon for students to feed the cat with scraps of human food, some of which was likely unsuitable and even harmful.

This is not the first time the Students’ Union has been accused of improper treatment of animals. A bi-annual Students’ Union ‘Stress Less’ week featuring a live petting zoo has garnered an infamous reputation at Southampton, and has been branded “cruel and selfish” by student groups. 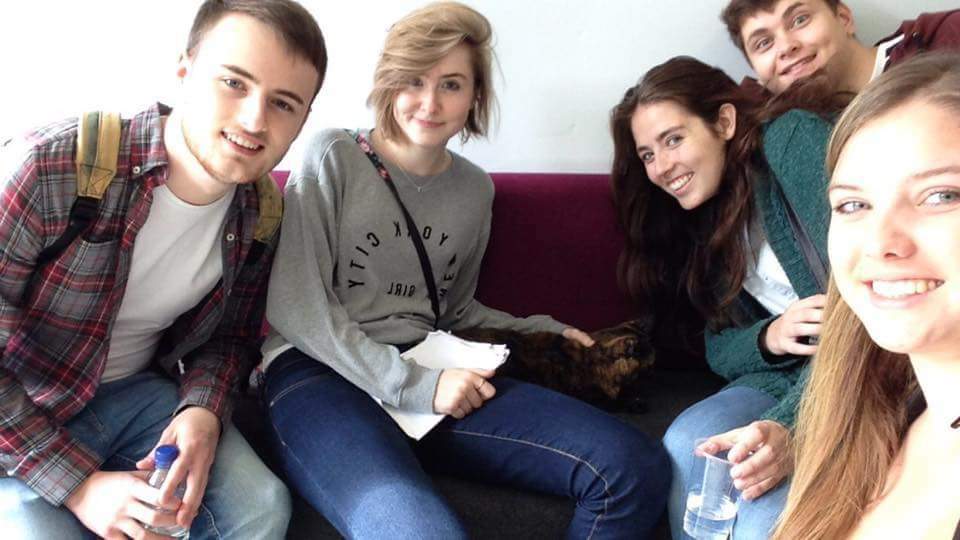 Petting zoos are notorious in the world of animal rights, often exposed for keeping animals in subpar conditions but also for posing health risks to visitors. Following fierce backlash from animal rights groups, universities such as Leeds and Stirling have closed similar petting zoos, but the UoS Students’ Union has remained steadfast in their commitment to reduce student stress through animal interaction, with blatant disregard for any stress suffered by said animals.

Whether Susu’s life could be said to be stressful in the same way is unlikely, but does not justify the ethics of keeping such a pet. In her final years Susu was suffering from serious health problems, and her life likely prolonged in order that she remain a university mascot and an attraction of the Students’ Union. The question is, is that a healthy existence for an animal?

Do you think Susu the cat was mistreated?