DJ Jax Jones brings the pardy to 9am lecture

The lecture was advertised as being about ‘The Early Bird Theory’ by a Professor J Jones, which promised that those who get up early are more likely to get rewards. Because I’m a muggy nerd who doesn’t read between the lines, I took my laptop with me and even pulled out the little table, expecting to take notes on this fascinating theory by this mysterious professor…

THEN THE LIQUID FUCKING GOLD THAT IS RAYE’S VOICE MADE THE ENTIRE THEATRE SIMULTANEOUSLY CREAM THEMSELVES. 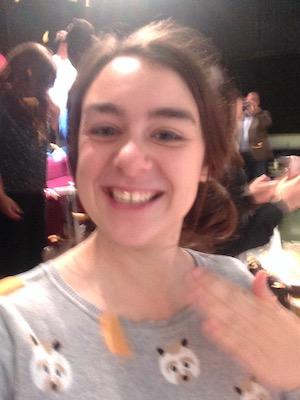 Jax motherfuckin’ Jones then appeared out of apparently nowhere then DJ’D a range of some of his top tunes with his signature endearing dad dancing. I don’t know whether he was mistaking my intense dancing for some kind of fit but he invited me up on stage! I felt like a really sweaty, Batisse’d up princess! 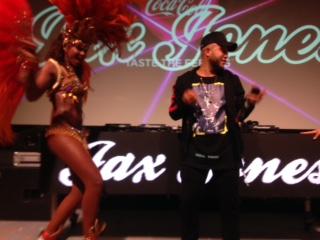 It was actually the most exciting morning of my life, and that includes getting the Nintendo DSi’s at their midnight release. There were actual brazillian dancers! Confetti! Smoke machines (that kind of scared me a bit) and also T-SHIRT CANNONS!!

Come to think of it, I feel like the Union probably blew their entire annual budget on this one event, but two words. WORTH IT!