Southampton students can vote now for the new students’ union logo. The comes after the All Student Vote revealed in October that 70% of students wanted a return to SUSU, instead of the proposed ‘Union Southampton’.

There was a huge amount of criticism following the rebrand roll-out last year, with petitions launched after it was revealed thousands of pounds were spent on the new branding. This logo redesign was free, according to the union, as it was created by in-house designers. The implementation of the new logo will cost an estimated £30,000, including new signage and re-covering of the minibuses.

Voters can choose between three variations of the logo here.

Soton third year History student Linus said there was a ‘real lack of variety to choose from. They’re all very similar in design and at a glance you wouldn’t notice a difference in any of them’.

Satirical Facebook page, Onion Southampton (set up following the initial rebrand announcement) has already seen negative responses from some who say the choices between the logos aren’t varied enough. Onion Southampton told us ‘Many of us are disappointed that after all this time, SUSU is still missing out on simple ways to put an end to this issue. The reason it was taking so long, we were told, was to make sure we would do things right this time. But now the tone of the conversation has changed. We’re being told that the three options are final, and that no alternatives will be considered because “we want this over and done with”. As a Union, we are now repeating the mistakes that got us into this mess in the first place.’ 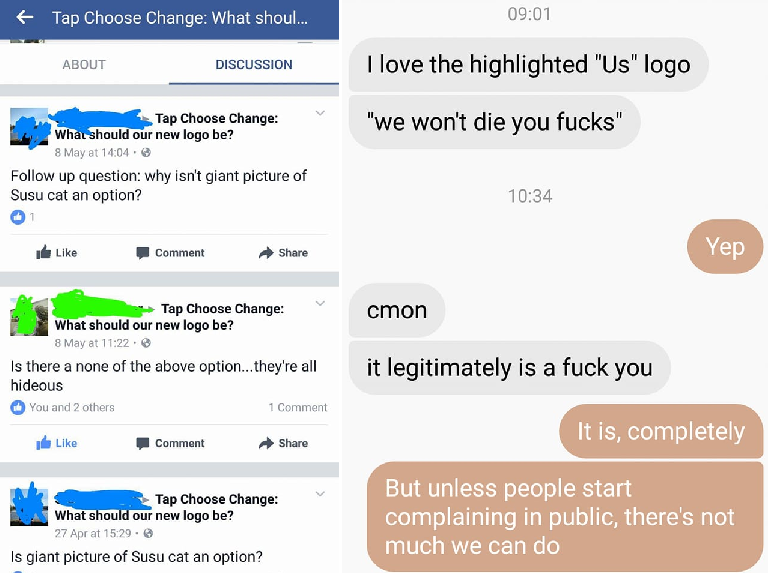 Some students are more positive about the union’s attempts – Natalie, a 2nd year English student, said ‘They’ve clearly tried to make everyone happy, they’ve used the same typeface as last year – so at least the union are trying to appease people’.

Lii, 2nd year Law, said ‘The union has clearly listened to the results of the vote and has stayed true to what they were asked. Old name, new design. Job done ok I think’.

Voting closes this Friday, the 12th of May.