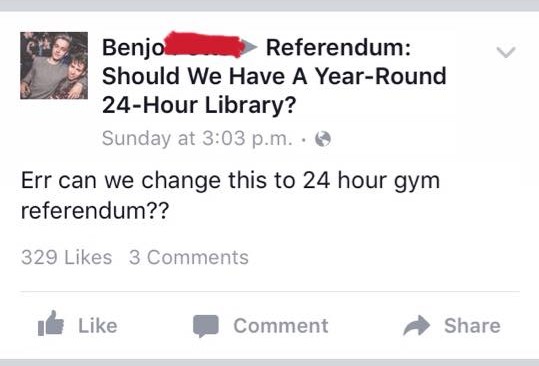 The Best Angry Posts On The Library Referendum Page

Facebook. That girl from school who already has two kids, your slightly racist aunt, and now angry students attacking the union.

As you will probably know by now, SUSU has called for a referendum on the University’s decision to make Hartley Library a 24 hour service. They bravely took to the social media platform of mums and minion lovers to create an event for it, and the responses were predictable. 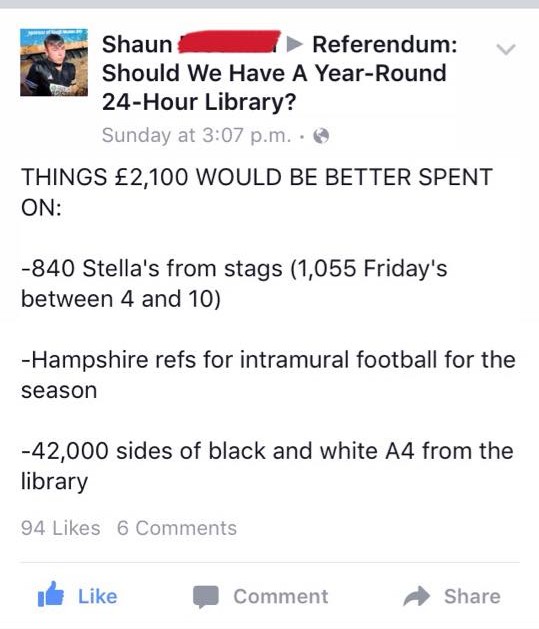 840 Stella’s, or as I call it a standard Saturday night AM I RIGHT LADS 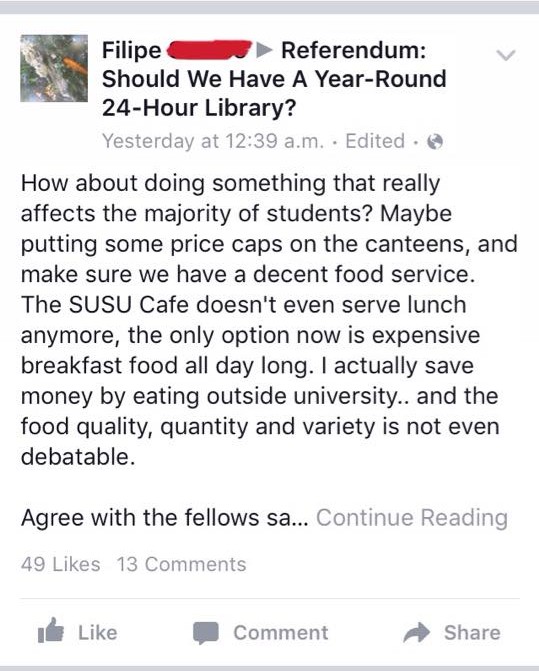 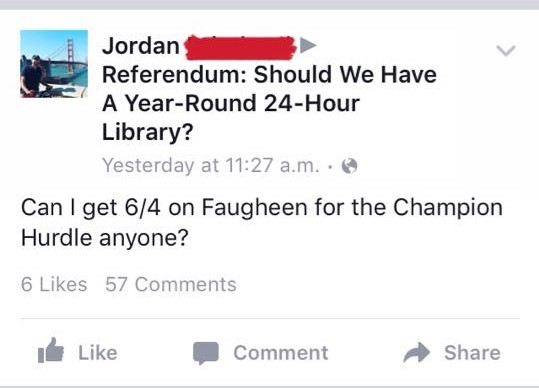 While others were just after some tips 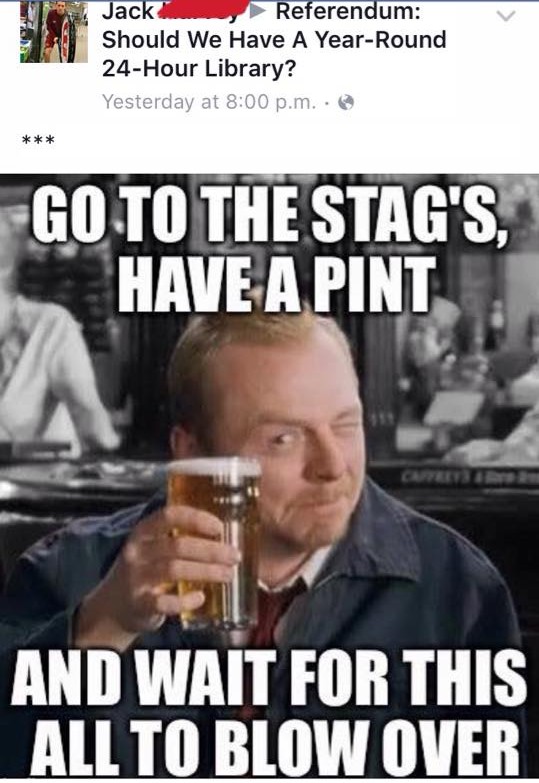 If in doubt, meme it out 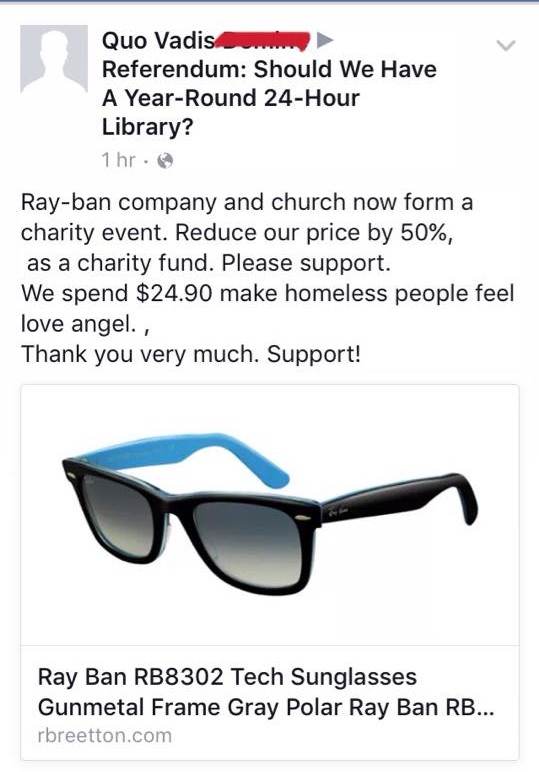 There’s a time and a place to flog shades, it’s usually on the strip in Magaluf instead of a SUSU Facebook group 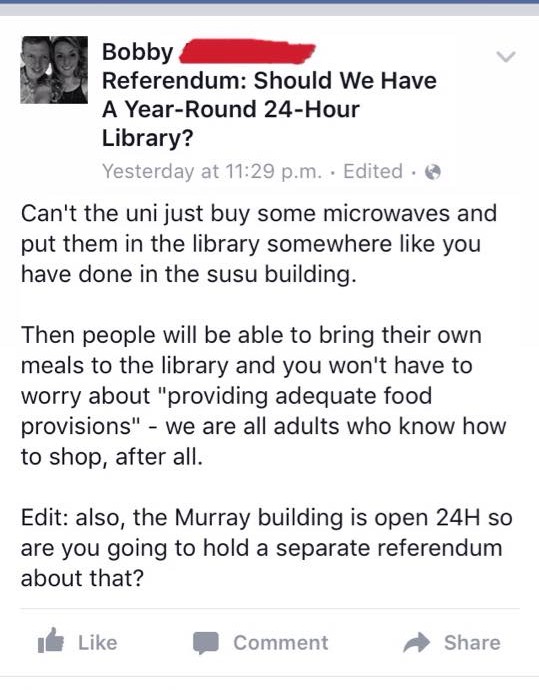 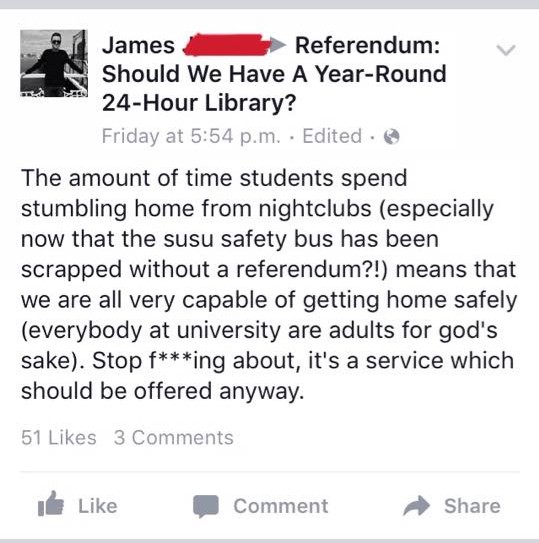 He has a point to be fair 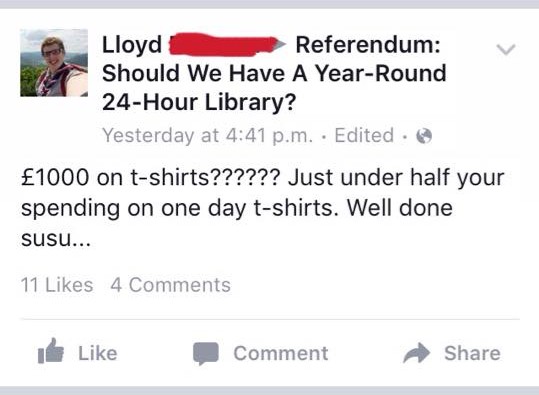 Happy to go via Primark and pocket the difference, hit me up SUSU