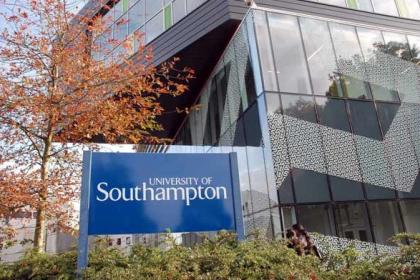 Southampton’s investment in Shell is embarrassing

The University must end its investment in the destructive oil company

The environment we live in is collapsing. Global temperatures are fluctuating beyond levels humans have ever experienced, the seas are being filled with toxins and the air we breathe is becoming more and more poisonous.

The vast majority of this impending disaster is caused by fossil fuels. And most of that is being produced by oil and gas companies.

These companies then prevent climate change legislation being passed in government and refuse to contribute to research on renewable energy whilst funding studies to cause doubt and confusion about the effects of the disaster that they’re causing.

As an institution of higher learning Southampton University should cease to have a direct holding in Shell.

If you were unaware, our university directly funds and supports a company that is busy destroying the planet. Scientists predict that, at the current rate of change, vast areas of Earth could be virtually inhabitable by the end of the century.

The disaster coming is simply unimaginable and we are funding it.

It should be part of a wide-ranging policy of the University to consider ethical investment strategies. Freedom of Information requests by a group known as Invest Positive UoS has shown that most of the University’s capital is being held as cash. If it wanted to, the University could begin to correct its wrongs immediately.

We would not be alone.

Other Russell Group universities, such as Oxford, Warwick and Edinburg, have committed to similar proposals.

The new group have drafted an open letter to the Student’s Union, calling on them to pressure the Vice-Chancellor into changing the current situation.

Mike Allwright, the creator of the open letter, has targeted a wide ranging cessation of the University’s affiliations. These include companies in the arms trade, tobacco industry and also companies that are creating new ways of harnessing oil and gas such as tar sand drilling and Arctic development.

This idea is not idealistic. It is possible and it is necessary. Companies like Shell rely on having educated, sensible people defend their actions. By coming to this University, engaging with it and coming away with a degree, all 23,000 of us are complicit in our University’s support of Shell.

That should be an embarrassment to us all.

In fact, research announced today, conducted by professors at this very university, has identified 41 different regions that are vulnerable to ‘abrupt’ environmental changes due to the effects of fossil fuel emissions.

Professor Sybren Drijfhout said: “our results show that no safe limit exists and that many abrupt shifts already occur for global warming levels much lower than two degrees”.

In other words, every single second that Southampton helps to prop up the fossil fuel industry, we are condemning our planet to more and more devastation.

It can be changed as well. Union Council are debating the letter this Monday, and if it succeeds there then it will become Union policy to stand for a better environment. That can only be a good thing.

Pressure the Union. Message the President, Benjamin Franklin, about the issue. Turn up and express your view.

We students are the lifeblood of this University and its existence relies solely on us paying our tuition fees. They have to listen to the opinion of us, the paying customers. Write emails, join protests. It’s the only way to get your voice heard.

It’s imperative to the reputation and dignity of this institution and to the long-term sustainability of our planet that this embarrassment is changed.

You can attend Union Council on Monday at 6pm. The Facebook event is here.