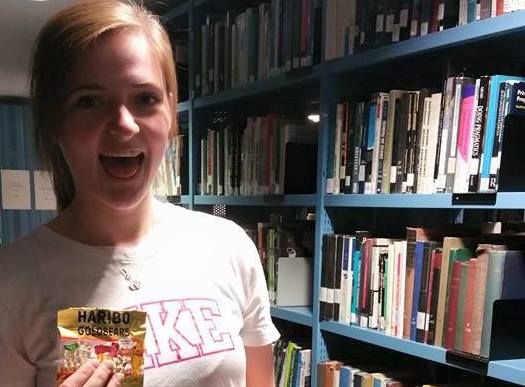 Don’t forget to bring your shovels.

Have you ever been bored and hungry in Hartley library? Of course you have.

Well now, thanks to some generous students, you can relieve the monotony with some modern day treasure hunting. 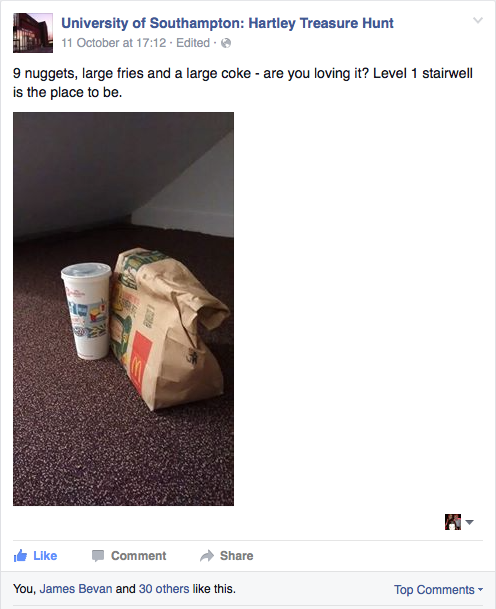 Via a Facebook page named University of Southampton: Hartley Treasure hunt, a post containing a picture of the latest treasure will be released with a clue as to its whereabouts. 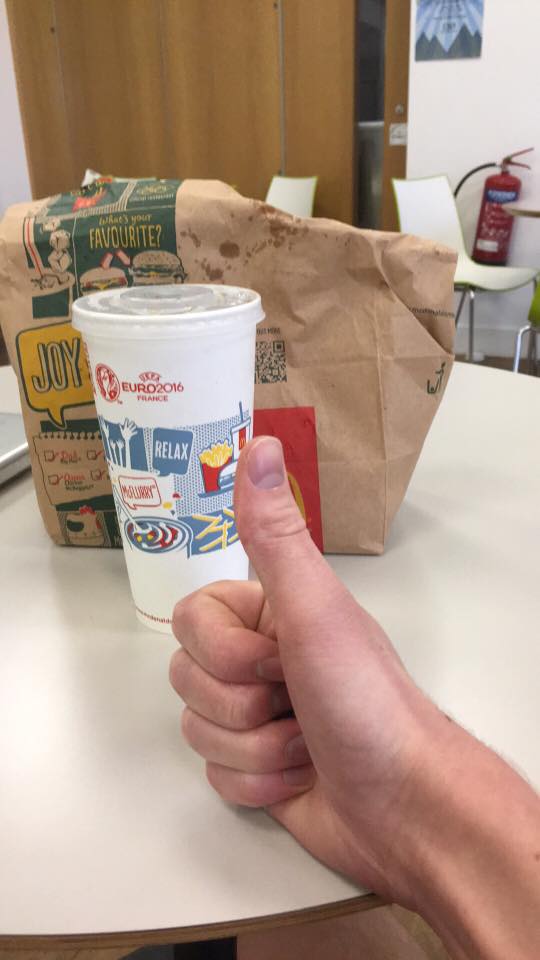 The treasure, which is usually edible, is then up for grabs to whoever can discover it first.

We spoke to the mysterious group of students about their treasure burying methods and here’s what they told us.

How long have you been hiding treasure in Hartley library?

Where did you get the idea to do it?

“As your readers know, Hartley can be a dark place. People joke about ordering takeaways or playing games in the library – we thought we could make these dreams come true. Think of us like genies from a lamp. Like in Aladdin. Rub the lamp; make a wish.”

Why do you do it?

“It’s pretty funny watching people run around the library, phone outstretched, searching for treasure. It’s fun for us but it also lightens the mood and relieves stress for hard-working students.”

Have you ever been caught whilst hiding some treasure?

“No, we’re pretty stealthy. This is our third year so we know the library inside out.”

How do you fund it, and does it cost much?

“At the moment it’s coming out of our own pocket. This isn’t very sustainable for us, so we’re looking at ways to fund the hunt in the future. (We’re not actually genies).”

Has anyone discovered your identity?

“There are only a handful of people in this city that know our identity, and we maintain the mystique of the page this way.”

If you ever needed an excuse to put on that Indiana Jones hat, go to the library and actually do some work, surely this would be it?

If you haven’t already, you can like the University of Southampton: Hartley Treasure hunt page here.