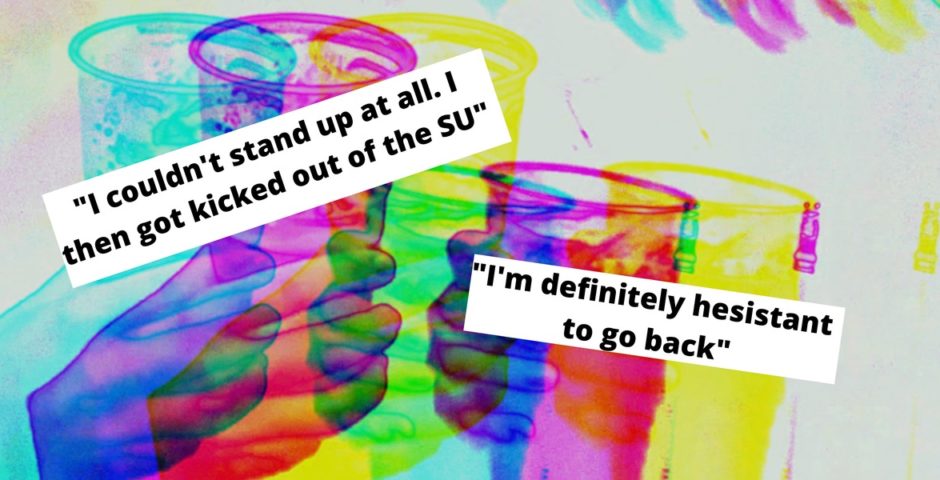 Five University of Sheffield students claimed they were spiked in a single night at Roar, the Student’s Union’s sports night, two weeks ago.

Three members of the same society were reportedly targeted, before being taken by SU security to the Northern General hospital to be treated.

Sheffield SU published on their website: “Although this is rare in our venues, we would like to reassure students of our commitment to ensuring everyone can have a safe night out.”

In the last month, shared posts on social media have shown a rise in drink spiking cases in Sheffield.

The Sheffield Tab spoke to some of the students who said they were spiked at the Union’s Wednesday sport night event a fortnight ago.

All of the victims, who claimed they were spiked in the Foundry, reported an inability to walk or stand, memory loss and turning from tipsy to seeming “absolutely out of it drunk” within 15-30 minutes of consuming their drink.

One of the victims was so badly effected she lost consciousness.

Another victim told The Sheffield Tab: “I just deteriorated, I was pretty aware of things mentally but couldn’t walk without help and had very intense HD eyesight and hearing which was overwhelming.”

Two more girls who said they had their drink spiked on the same night said the incident has left them both hesitant to go back to the Foundry, previously a hub of student life.

One of the victims said: “I am definitely hesitant to go back.” 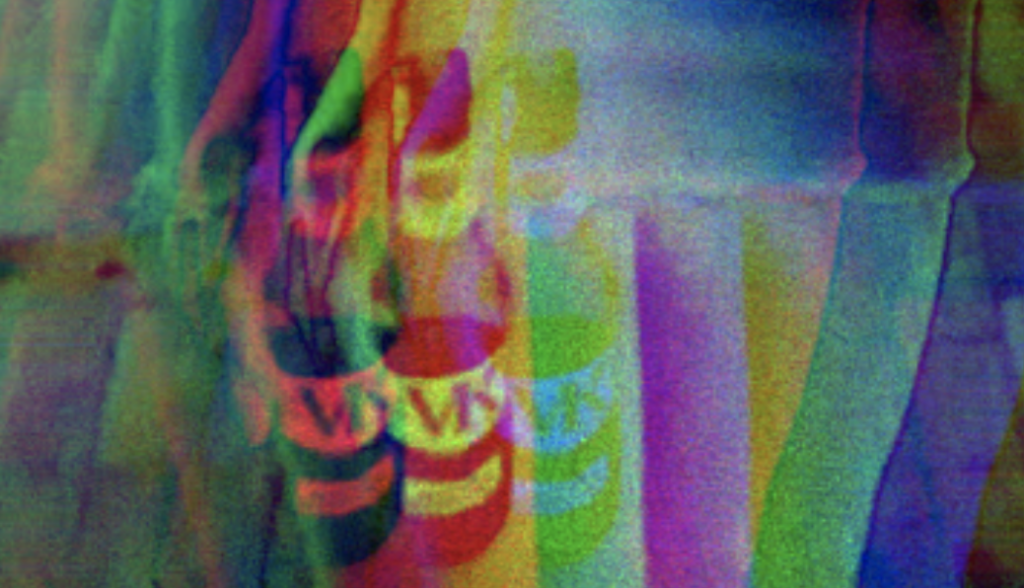 After asking people to share their experiences of supposed spiking at the SU, other students came forward.

One third-year student, claimed they were spiked by a girl who offered her water in the Foundry toilets in July earlier this year.

She told The Sheffield Tab that she had accepted the drink because the Foundry was known to be really safe and trusted her because she was a girl as well.

Despite seeking safety by standing next to SU security when she realised she had been spiked, the girl had to be carried home by friends.

She said: “I was so confused because I’d never heard of anyone getting spiked at the Foundry before. It used to be such a safe place. It made me really nervous to go clubbing again.”

She was left unable to speak, profusely vomiting and ill for three days afterward. 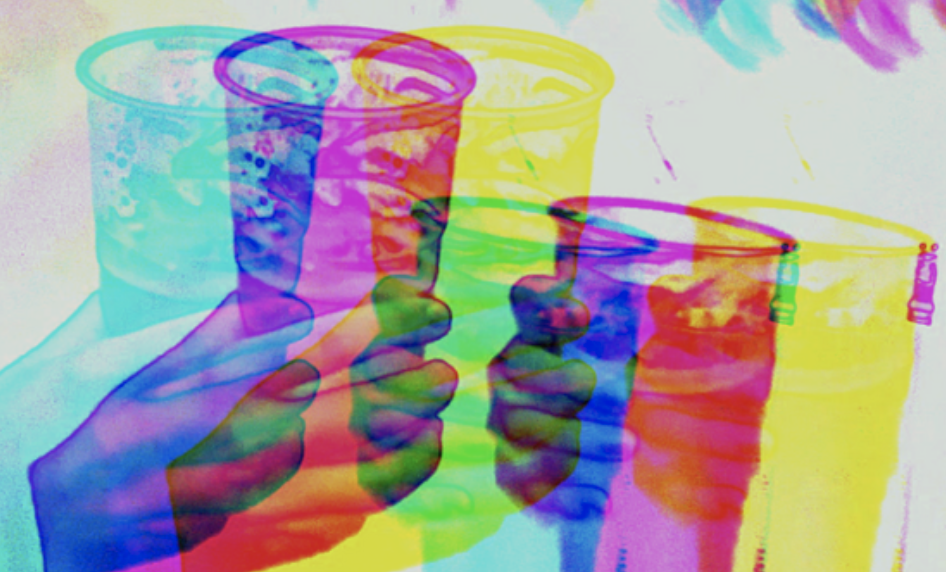 The Student’s Union commented on the spiking activity in the SU last week. In the email, they outlined their plans to protect students, including drinks testing, drinks covers and posters warning perpetrators against spiking. 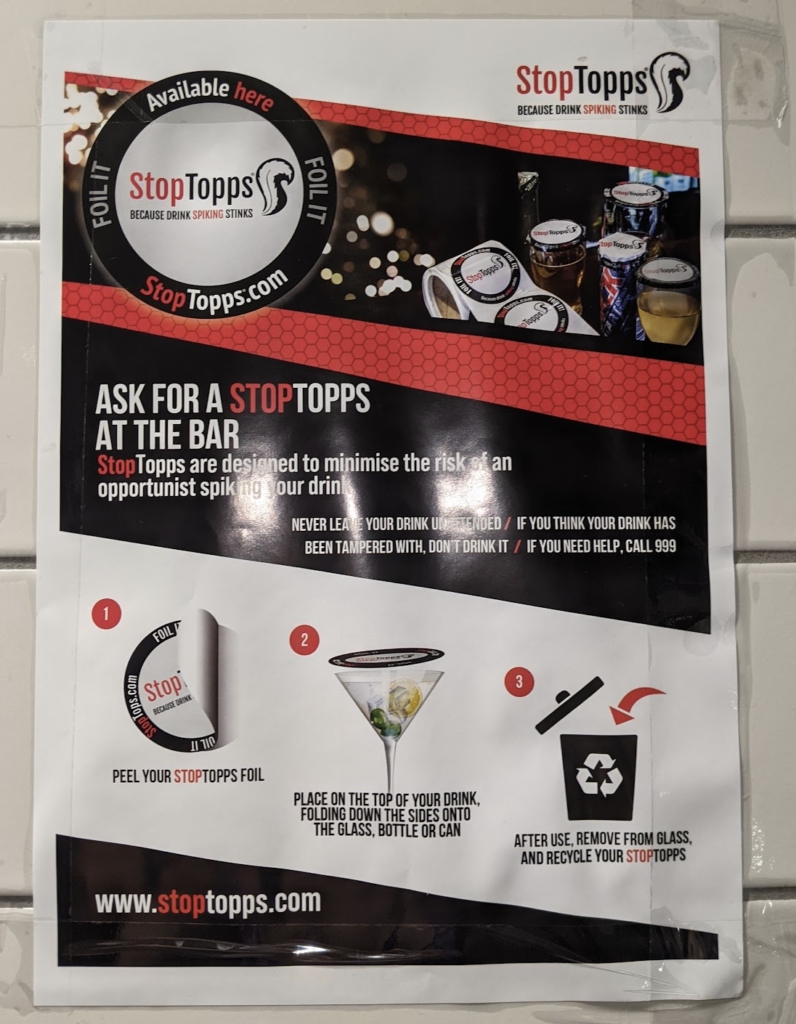 They advised anyone who thinks they have been spiked to alert SU staff, who will escort you to hospital or direct you to the safety mini bus or safe taxi scheme to make sure you get home safely.

The Wellbeing and Sports officer for Uni of Sheff posted on their Instagram the SU’s plans to tackle drink spiking on university campus.

More information on how to stay safe on a night out can also be found on Sheffield University’s website.

If you think you have spiked recently in the SU, email [email protected].

•How to beat the ‘Sheffield sweats’

•We’re back: Sheffield Clubbers of the Week has returned

•‘My flatmate rubbed my deodorant on his behind’: Stories from students who survived halls