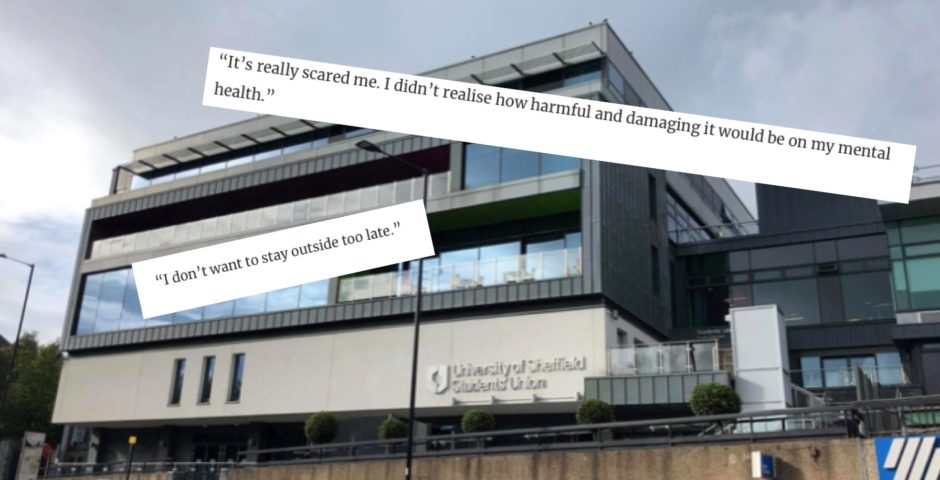 ‘It’s really scared me’: Sheffield student speaks out after she was attacked

A Sheffield University student has spoken out after she was attacked on campus last month.

Sarah* is one of nine Chinese young people in the city who has been assaulted in recent weeks. She was the second victim to be attacked in Sheffield.

The Sheffield graduate spoke to The Sheffield Tab on the condition of anonymity for her own protection. She said that the incident has left her “really scared” and has “damaged her mental health.”

The attack took place a fortnight ago on Mappin Street, near to Sheffield university’s journalism building. The victim was walking alone when she was hit on the head from behind. She was struck by an unknown object and fell to the ground.

A university security guard that witnessed the event helped her recover and took her inside the nearest campus building.

She was left with head injuries but said her wounds were not as severe as the first victim’s. Sarah did not see the face of her attacker but, confirmed it was a woman.

Police have arrested a former Sheffield student in connection to the attacks.

Sarah told The Sheffield Tab that the attack both physically and mentally harmed her: “It’s really scared me. I didn’t realise how harmful and damaging it would be on my mental health.

“After this interview, I will definitely be going straight home because I don’t want to stay outside too late.”

In the Chinese media, reports on the attacks have been widely circulated and a letter was sent from the Chinese Consulate-General in Manchester to the university pleading them to “take decisive measures” to protect international students.

she added: “I’ve been going home by 5pm since the incident happened. I couldn’t go to the library now on my own in the late evening because it’s dark.”

A university spokesperson said: “The university is aware of a former student who has been arrested following a number of incidents within Sheffield, and the University of Sheffield is engaging fully with police.

“We were saddened to learn of these incidents and are doing everything we can to support the students involved and assist the police in their investigation.

“The safety and wellbeing of our students is always our top priority and we take incidents like this extremely seriously.”

Sarah agreed that the university has supported her efficiently post-attack.

South Yorkshire Police issued a statement on Wednesday in connection to the incidents. They said: “An investigation has been launched into a series of reported assaults in Sheffield.

“Shan He, 33, of Edward Street, Sheffield, appeared at Sheffield Magistrates’ Court yesterday (28 September) charged with two counts of assault by beating and one count of possession of an offensive weapon, in relation to two of the incidents. She was remanded in custody to appear again today (29 September).

“One person has been arrested in connection to the seven further incidents. The suspect remains in custody.

“Officers have undertaken extensive inquiries in partnership with the universities and have increased patrols to provide reassurance. If you see our officers out on patrol, please do speak to them, they are there to help and support you.”

•Everything you need to know about the new Harley refurb