Demonstrators march through Sheffield calling for a free Palestine

‘We are showing our solidarity with those in Palestine’

Crowds of people marched through Sheffield city centre on Saturday as part of a free Palestine protest.

The protest took place due to a surge in violence in Israel and Gaza last month, with at least 240 people killed. Most of those deaths have been Palestinians within Gaza territory. The conflict followed weeks of escalating Israel-Palestinian tension in East Jerusalem. This resulted in clashes at a holy site respected by both Muslims and Jews.

Thousands of Palestinians have been forced to flee their homes- carrying children and valued possessions- as Israeli forces pounded territory from air, sea and land. This has left many feeling vulnerable, empty and hopeless.

Protesters held placards and banners and chanted “free, free Palestine” and “1,2,3,4 occupation no more, 5,6,7,8 Israel is a terror state”. 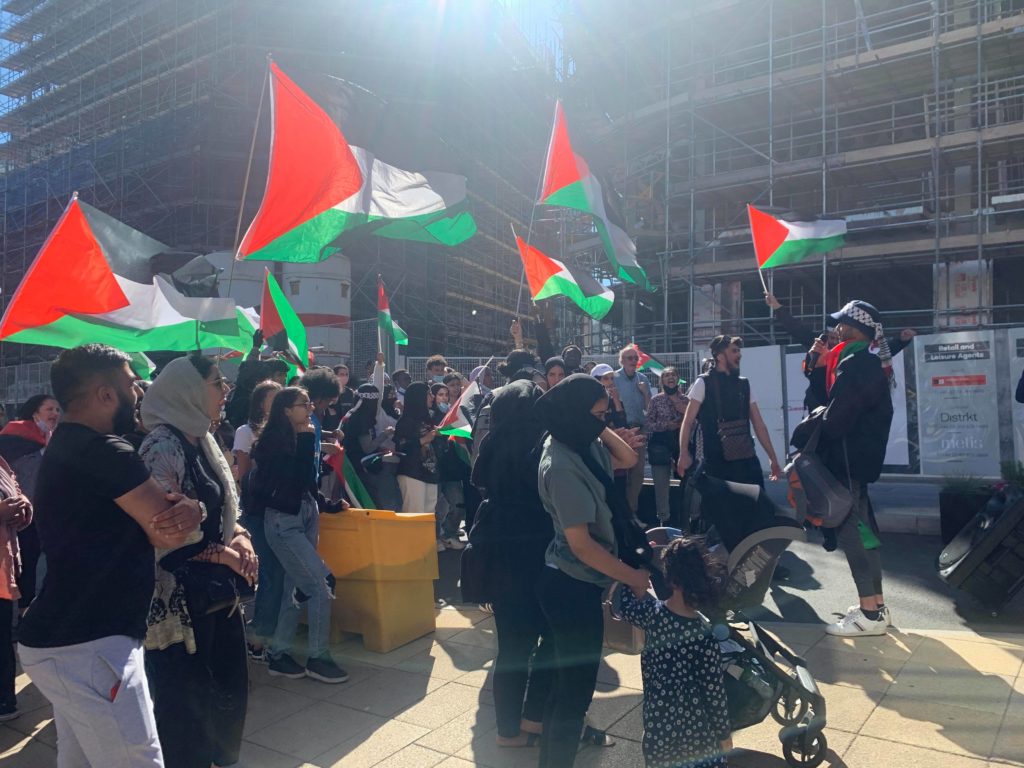 Abdullah, the leader of the protest said: “We are showing our solidarity with those in Palestine. We are protesting against Israeli forces and government for positive change.

“We want people to get involved and educate themselves about what is happening in Palestine- water is undrinkable, portions are limited, and people have no idea.”

The protest ended at Sheffield Town Hall where protesters started cheering and waving their flags.

The leader of the protest stood at the centre and said: “It’s not just protests where we show our faces and show support. We have to get involved.

“Even if it’s for ten minutes, come and join one of our meetings and see how you can get involved and help to raise awareness for Palestine.” 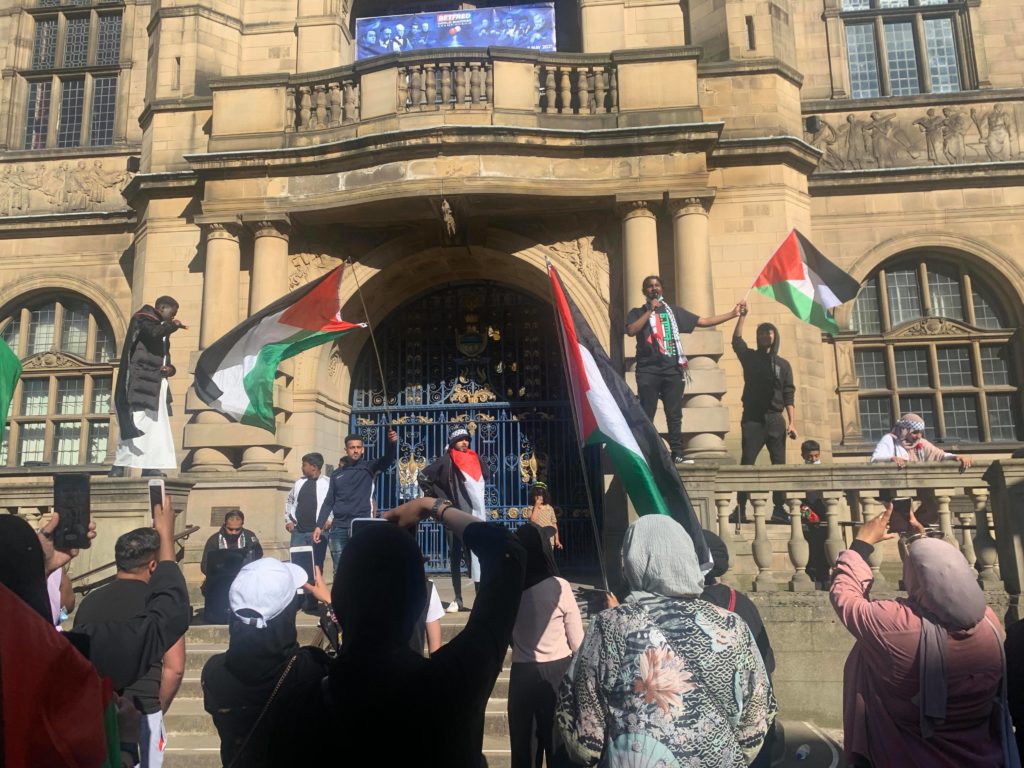 Over the week, similar protests have taken place in Leeds, Manchester and Huddersfield with students protesting for freedom in Palestine.

•Lecturer speaks out over mental health challenges at universities

•It’s official: The University of Sheffield is one of the top 100 universities in the world

•All the South Yorkshire bands performing at Tramlines this year

The most severe incidents included stalking and online harassment

Sheffield Uni slammed by its SU for ‘unethical’ £126,000 investment with HSBC

Tramlines Festival 2021 to go ahead at full capacity

There will be no need to social distance or wear masks

“We are trying to become more hands on with local people”

Demonstrators march through Sheffield calling for a free Palestine

‘We are showing our solidarity with those in Palestine’

Lecturer speaks out over mental health challenges at universities

Crucible Theatre to turn into vaccination centre for one day

See you there tomorrow

It’s official: The University of Sheffield is one of the top 100 universities in the world

It was awarded 95th place

All the South Yorkshire bands performing at Tramlines this year

Come and support your local bands

No Bounds Festival returning to Sheffield this October

Petition to save Uni of’s Archeology Department receives over 35,000 signatures

A petition against the proposal has over 10,000 signatures

Sheffield has the 10th highest Covid-19 rating in England

The incident is being treated as a hate crime

Over £22,000 raised for Sheffield Hallam student with incurable brain tumour

‘A glorified Duolingo’: Languages students’ anger over changes which could ‘de-value’ degree

Their petition has already got more than 5,000 signatures

Some of these really stretch the definition of the word ‘cooking’

They look perfect ALL the time

‘Hugo has had feelings for Chloe since day one’

Yes, some have actually lasted!

Creating this viral snack felt like a scene from Bee Movie