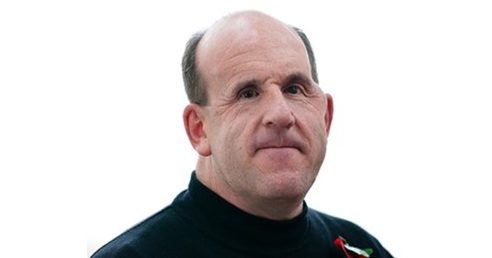 ‘His courage, stoicism and positivity in the face of illness were extraordinary and inspirational’

A funeral was held this week for the late University of Sheffield professor, Iain Wilkinson. It took place on Wednesday 11 November at St Helen’s church in Grindleford in his remembrance.

He sadly passed away on Tuesday 27 October after battling with a long-term illness.

He was an Emeritus Professor in the Department of Infection, Immunity, and Cardiovascular Disease at the university. He was also head of Adult Neuroimaging in the MRI unit in the Medical School and the Advanced Imaging Lead for the Sheffield NIHR Biomedical Research Centre.

Iain had worked for the university for over 20 years, starting in 1997.

It is with profound sadness that we inform you that Professor Iain Wilkinson passed away on 27th October after a long illness. Iain was one of the most genuine, determined gentleman and we all have our own memories. Our thoughts are with his wife and son. https://t.co/R9dP4ia9fJ pic.twitter.com/CJEkdyVndd

On the university website’s obituary page, his son said: “Having faced adversity from birth, my dad, Iain, acted on this and used it to drive him towards becoming a specialist in his field. This determination was something I was oblivious to for much of my life, however now I realise this was a perfect sum of his character.

“He allowed his health problems and disabilities to guide him towards academic and medical progress rather than disabling him from other aspects of life. It’s this cup half-full perspective, backed up by innate intelligence and consistent hard work, that made Iain the successful man from a Cornish campsite that he was.”

Coronavirus restrictions meant that the funeral had a limited invite-only attendance rule. Donations were collected at the service for the childhood eye cancer trust. To show your condolences, donations can still be made to the charity here.

Professor Jim Wild said: “Iain (Wilko) was a friend and colleague who will be missed by all in the University MRI unit and by his friends working in Sheffield and across the world in the field of neuro-MRI and diabetes imaging research.”

Professor Dame Pamela Shaw added: “Iain was a well-liked and respected person and a very skilled MR Physicist. His courage, stoicism and positivity in the face of illness were extraordinary and inspirational. He will be greatly missed.”