And the losses next year are expected to be even worse

The University of Sheffield has suffered losses of £10 million from the pandemic, according to leaked emails.

Prior to the lockdown, the university had expected to receive an income of £780 million. This includes £346 million from course fees, £238 million of research grant income, £87 million of council grant funding, and £110 million of other income.

But with huge changes to student residences, conferences, catering and sports activities, a lot of money has been lost. 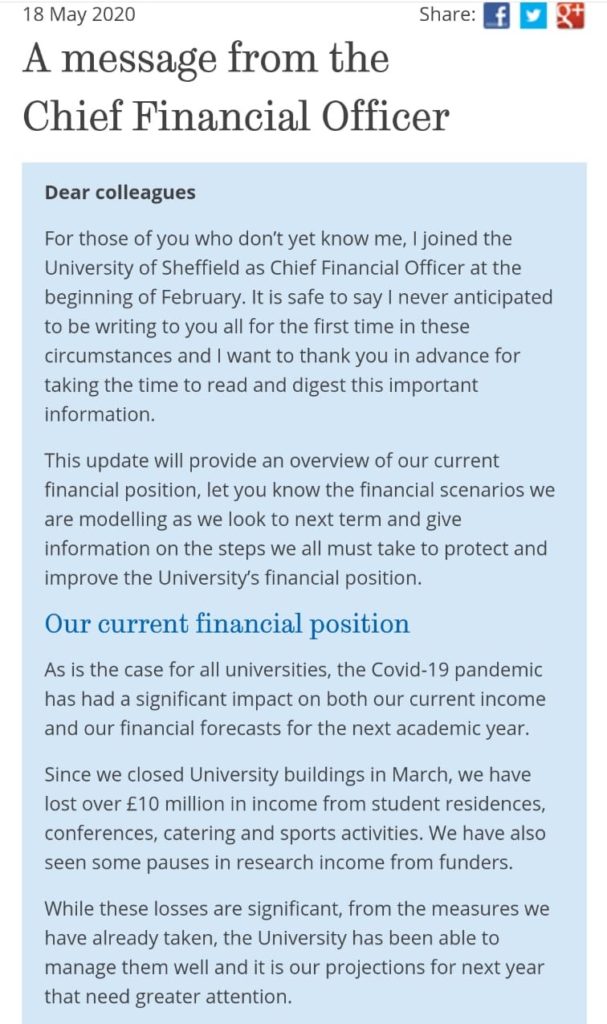 The Chief Financial Officer described the losses as “significant” in the email sent to staff members today, in which they were informed of the steps “we must all take to protect and improve the University’s financial position.”

With some year 13s considering the option to defer for a year, the university has looked ahead to a scenario in which home intake could drop by 25 per cent.

The scenario is also preparing for international student intake to drop by 50 per cent, and the predicted loss next year in a situation like this comes to £70 million. 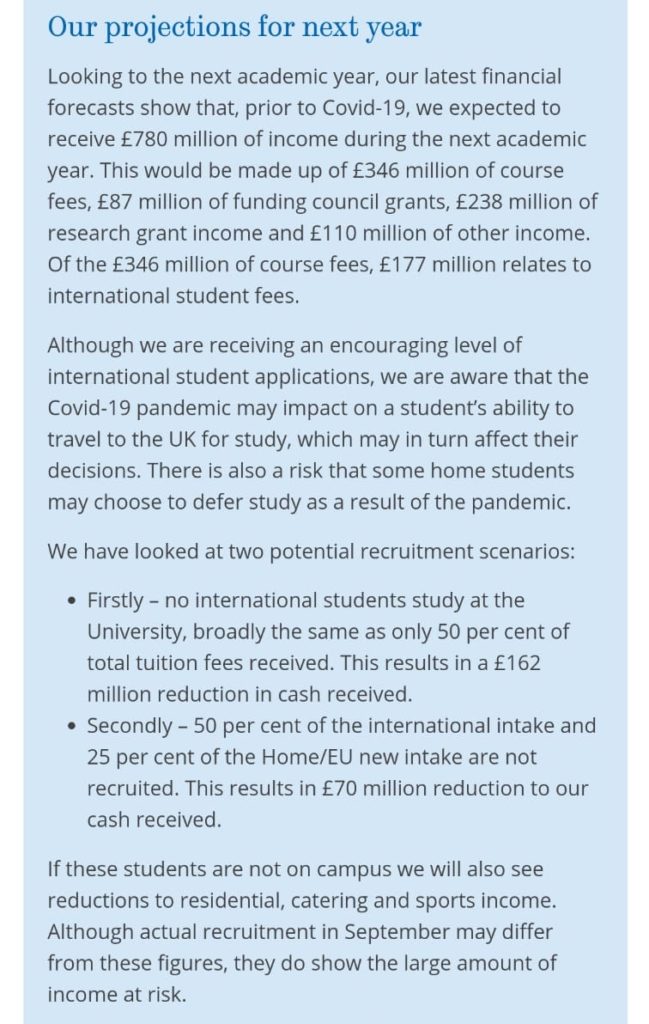 However, the Chief Financial Officer has assured that they have been able to manage the losses well and said that they have received an “encouraging” amount of international student applications.