And it’s as Indie as you expected

“Underpass”, set for Saturday 2 May, will see a host of acts perform at Foundry and surrounding venues.

Indie rock bands Spector and Larkins also feature in the first Leadmill-esque lineup announcement that is sure to uphold a few stereotypes of the Steel City.

Local band The Seamonsters and Patawawa are also set to perform, and a stage will be dedicated to Tuesday Club house music.

SU president Jake Verity, who pledged to launch a music festival in his election manifesto, said he is “really pleased” to see it come to fruition. 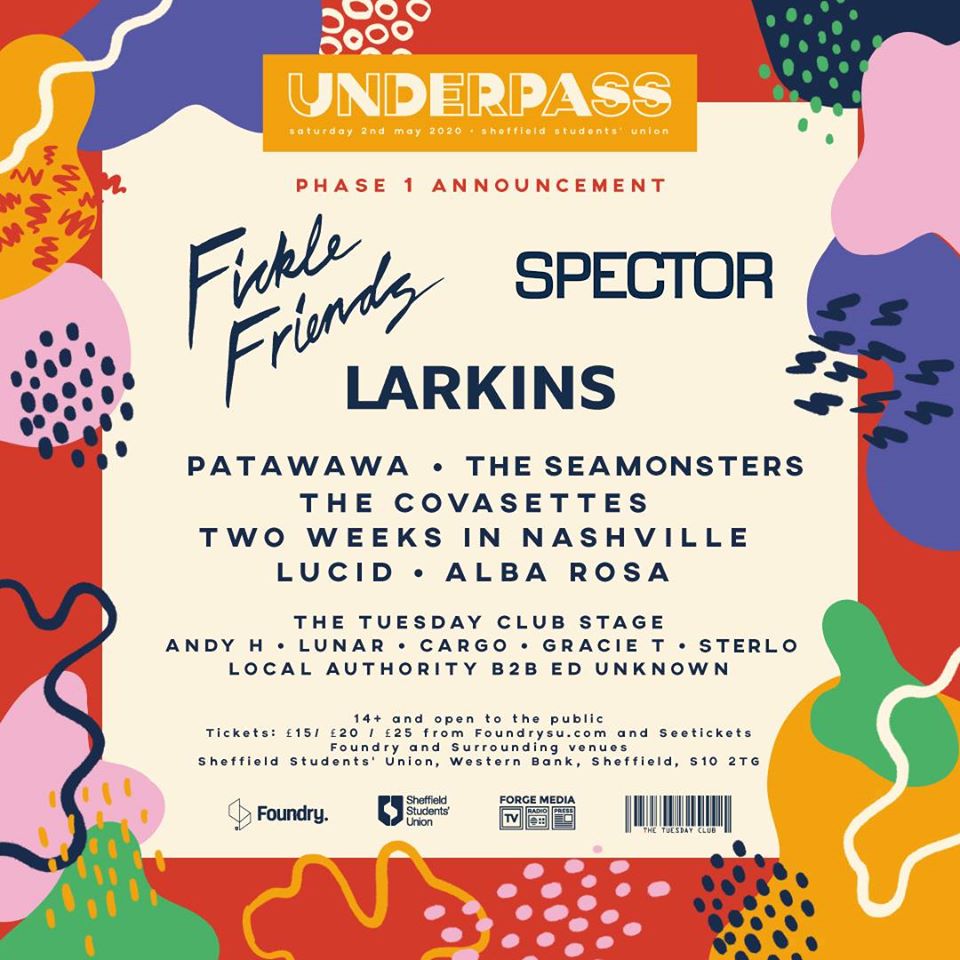 The first wave lineup for Underpass 2020

“I wanted to also say a huge thanks to all the members of staff who have helped make this possible, it really means a lot and it’s going to be an amazing event,” he added.