Sheffield has found itself at the centre of viral fame after a TikTok user took a video to document her "fricking good" experience at a Wetherspoons.

The video shows @mal_lo_ry_ walking past Sheffield City Hall on her way to the Benjamin Huntsman Spoons whilst stating "the place that I've found that interests me the most is this place called Wetherspoons, in England, and it's so fricking good!". 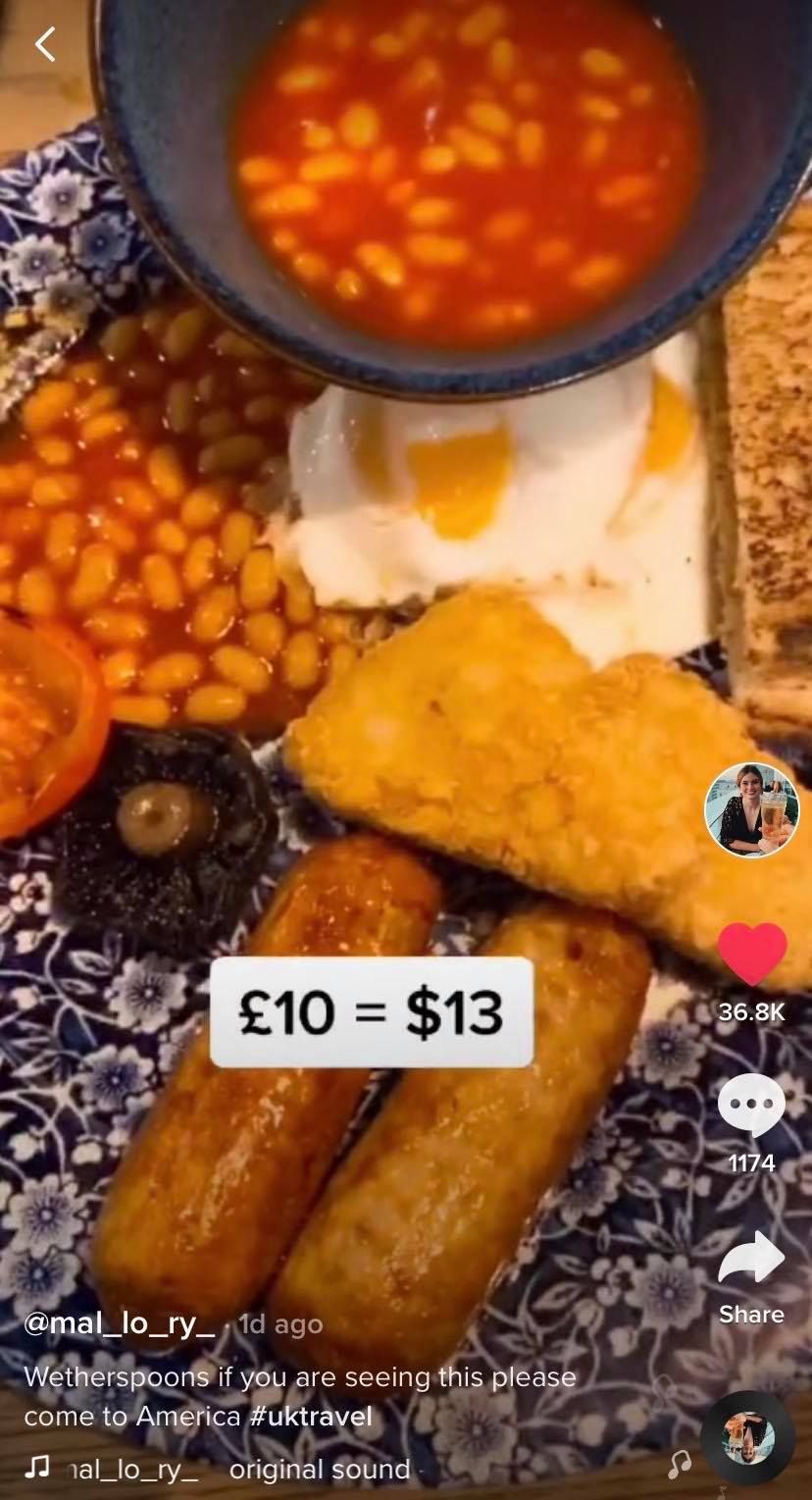 Mallory goes on to tell us how shellshocked she is with the "really, really cheap" prices, especially the £3.65 veggie breakfast and the refillable coffee for only £1.20.

Unsurprisingly, the comments section is full of Brits being both confused at Mallory's lack of Spoons knowledge whilst also pouring their hearts out in love for the pub.

One TikTok user said: "Wetherspoons. Cheap and cheerful, decent food, cheap drinks. Win win for everyone", whilst a lot of the other comments simply say "SPOONS. SPOONS. SPOONS". I think we can all agree with that sentiment.

Sophia Smith Galer on Twitter remarked: "Outrageous scenes on TikTok as a tourist discovers what Wetherspoons is," while another said: "I love how excited she was about baked beans."

Another user said: "You wait until she discovers the Wetherspoons Order & Pay app."

Mallory finishes off her ode to Wetherspoons by including some essential British breakfast advice: "Make sure you put the beans on the toast because it's fricking amazing".

After the video went viral, she said of the reaction: "WOW this took off!!! I've been loving the UK thank y'all for the love."

Sheffield Hallam to give £200k saved from strikes to disadvantaged students