The Pop Tarts food van will make its debut on Saturday

THIS IS NOT A DRILL

The Pop Tarts food van will finally make its debut this Saturday, just over two years after it was first promised.

In March 2017, former Students' Union President Kieran Maxwell – "the man with the plan for the Van" – was elected on the promise of greasy delights after the cheesy delights of your favourite SU club night.

Following the hard work of Maxwell, current SU President Lilian Jones, and many others, the van will now make its debut appearance on Saturday (1 June). 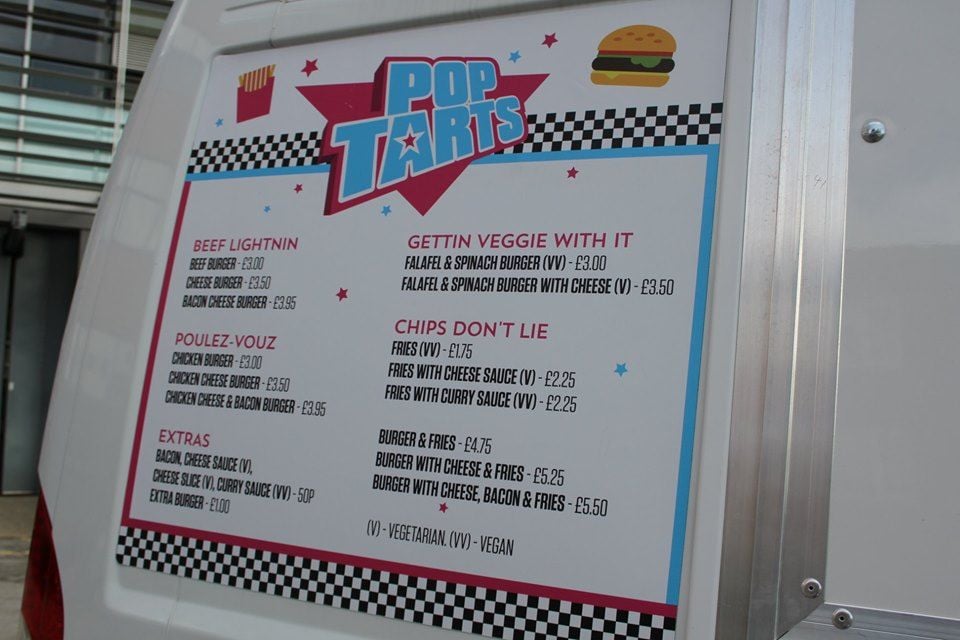 "Beef Lightnin", "Poulez-Vous" and "Chips Don't Lie" are just some of the genius categories of chicken, beef, veggie, and vegan treats on offer.

It will run from 10pm to 4am
, with sins from the Foundry to the Octagon.

You can even leave your UCard with the Students' Union security team, grab some food and a hand stamp, then return to Foundry to dance the night away to more club classics.

This Saturday and next, you'll be able to get burgers after a boogie to Beyonce, Britney and Busted – without having to trek to West Street, or even further. What a time to be alive.