A Sheffield third year is aiming to raise £1,000 for charity through litter picks

She’s taking part in litter picks for every £10 raised

A Sheffield student is hoping to raise £1,000 towards Bummit's chosen charities by taking part in litter picks across Sheffield.

This involves clearing an area of rubbish, and posting a photo of it before and after to social media. 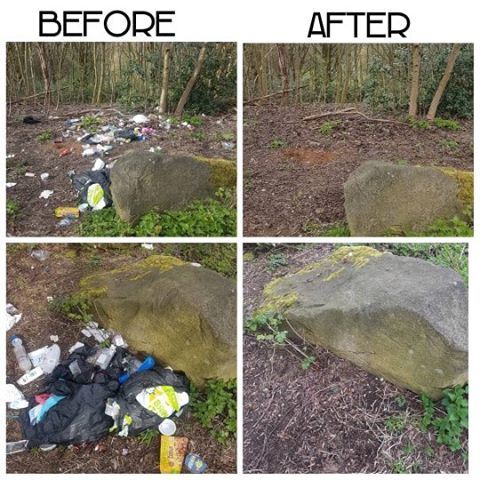 Abi managed to raise £250 in the space of just three days, so has now upped her fundraising target to a grand.

For every £10 donated to her fundraising page, Abi and a group of volunteers are cleaning an area in Sheffield and posting the results. Speaking to The Sheffield Tab, Abi said: "I wanted to make my fundraising a bit different, so I thought for each amount raised I would do a litter pick for the #trashtag movement.

"It hit off and I thought if I can raise £250 in less than three days, maybe I should be striving a bit higher. It's going really well, I'm fully enjoying it and it's extremely satisfying work." Abi says the majority of the litter so far during the litter picks has consisted of cigarette butts, and people do not think to throw these away.

She added: "People have been really generous, really kind, and there's heaps of people sharing it. It's really getting the word out and I'm really happy about it."

The Bummit hitchhike to Transylvania takes place from 8 April. Donations to Abi's fundraising page can be made here.

Police are appealing for information following the incident

The SU has come under fire

And yes, more than one wants to collab with Ollie Ball

‘This victory shouldn’t have taken this long’

John’s van will deffo get scranned

In videos: Hundreds gather in Sheffield to stage sit down #KilltheBill protest

Roads were blocked off outside the police station

Who else is buzzing?

Rent strikes, illegal raves and a Sims IC: Looking back at a year of Covid-19 in Sheff

The last 12 months through the eyes of Sheffield students

It’s entirely volunteer-run and has no permanent income

How has coronavirus changed student life in Sheffield?

Just give us a blue pint to see us through

Which Sheffield night out are you based on your Zodiac sign?

This is the most important Sheffield SU election in a long time, says candidate

‘Issues are starting to come to a head’

“All we want is to be safe”

Are you really a Sheffield student if you don’t recognise this Sheff A-Z?

Fail and your student card will be revoked IMMEDIATELY

‘It is unnerving and unfair’: I was bet on by multiple men on holiday

Seriously, am I a horse?