The least wonderful time of the year: What it’s like having to work on Christmas day

The isolation is real, and all to afford rent

Late on Christmas Day, like many other people my age wasting their lives, I was on Twitter. I'd had my Christmas dinner, I'd eaten a few chocolates, I was watching The Muppet Christmas Carol. I was content.

I saw a trend of people posting the number of steps they had done that day, mainly focusing on how few steps they had done. Some claimed to have done 40 steps, some 50, some as few as 27 steps. I looked at my own step counter on my phone. I had done 20,124 steps.

Like many other people in the UK, I had to work over Christmas. I'm not the only one and I don't want to complain because I like my job and it supports my student lifestyle. Also, working in a bar isn't that hard compared to say, being a paramedic, or being in one of those families that opens their presents after dinner. But this was the first time I had worked at Christmas, and I struggled.

Usually I go home for Christmas – spend some time with my family, meet up with old school friends, and stockpile photos of my dog who will never look at the camera no matter how many angles I try to get her from. 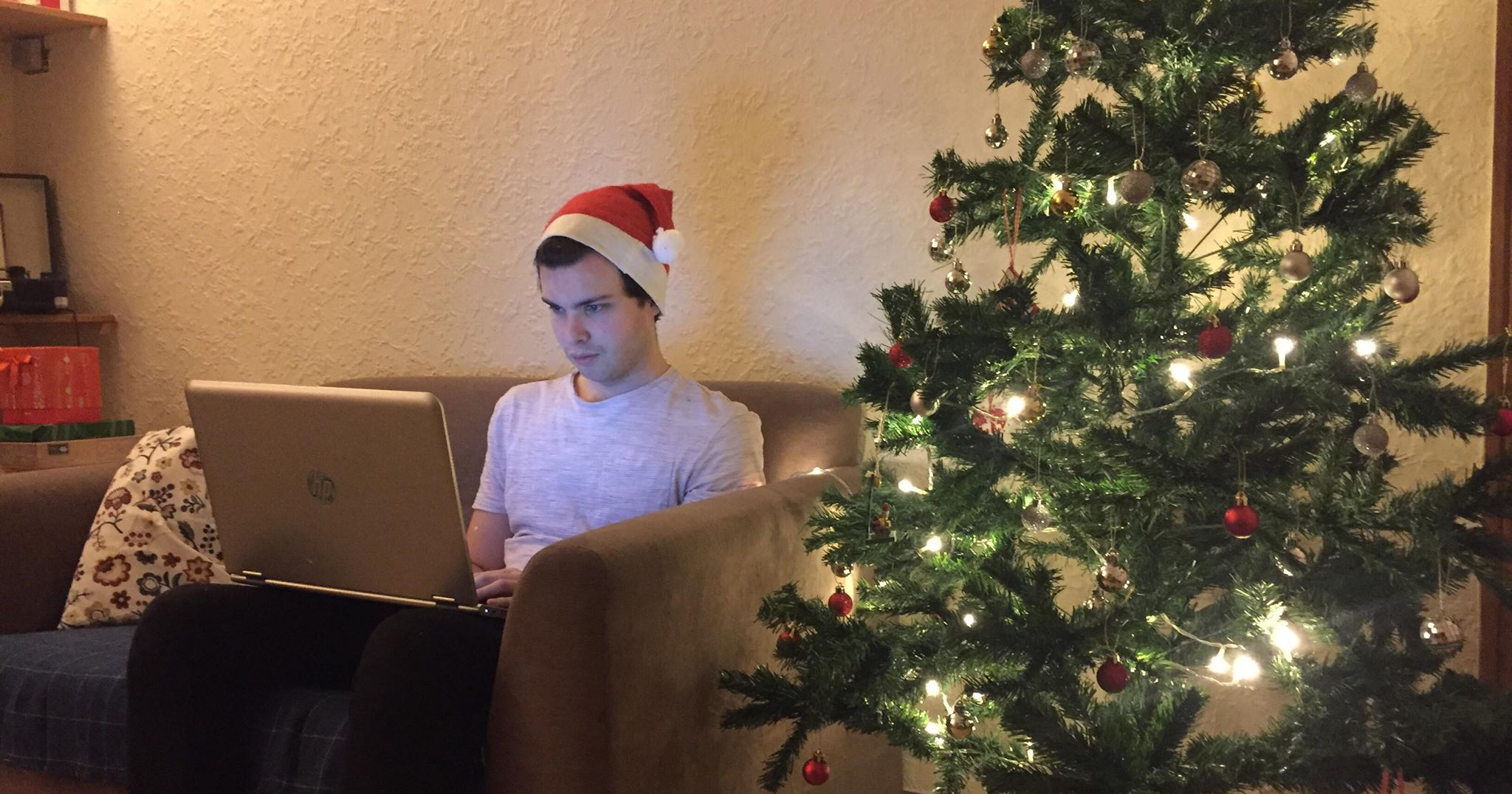 It's usually two weeks at home – time to relax, eat as many biscuits as is humanly possible, and put the heating on without having to worry about bills. Yet this year was a wake up call. I've always worked whilst at uni, and I'm used to missing out on social occasions or cancelling plans because of work, it doesn't bother me. But there's something about missing Christmas that is deeply upsetting.

Normally, I get excited about Christmas once I know I have that time off. That week just before Christmas when you're on your way home, or you've finished the work you need to do, or you've done your last Christmas shift; that's when I get into the spirit of things. Not when shops are forcing their Christmas deals down your throat, not when people who say things like "is it okay to listen to Christmas music yet?" in the middle of November as if that's some substitute for a personality, not when the Boxing Day sales start in mid-December, but when I can relax.

This year I never really got that Christmas spirit. All I could think of was the dread of "Mad Friday", the last Friday before Christmas when people go out and act like dickheads under the guise of "it's Christmas".

On Christmas Eve I had grown men snap and click their fingers at me for attention, only to say "come on mate, it's Christmas" when I called them out on it, as if the birth of Jesus Christ is an acceptable excuse to treat others without any respect. I got home just before four in the morning, after we closed early because of a fight. A fight. On Christmas Eve. Hark! the herald angels sing! It's Christmas. 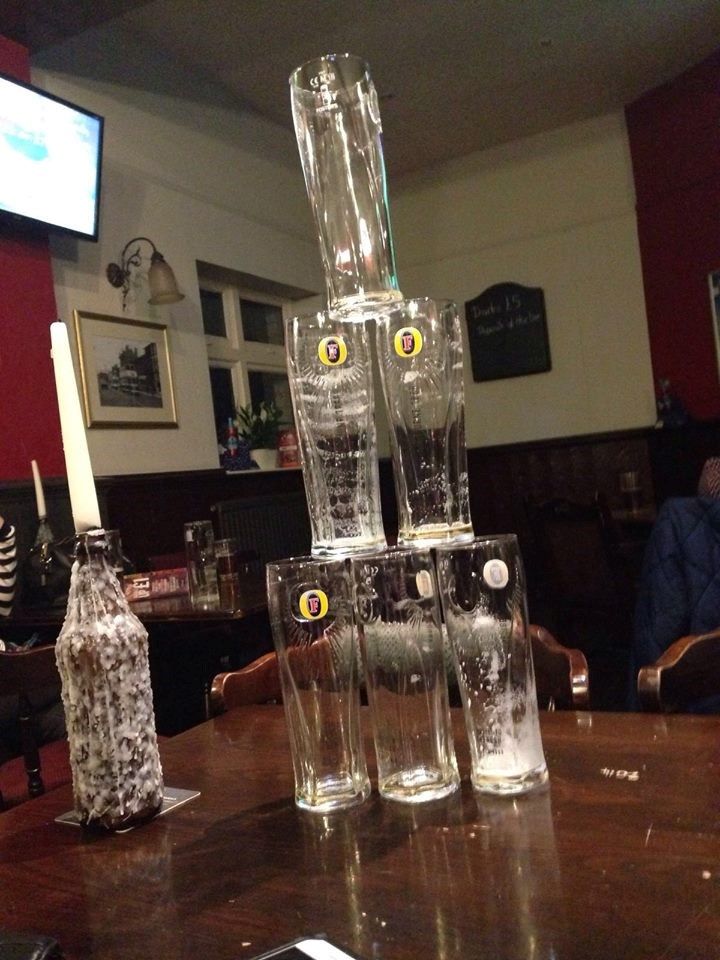 It's a Christmas tree…of sorts

Usually I wake up at 8:30am on Christmas Day so I can go and pester my parents like a child 15 years younger than my actual age to wake up and come and open presents. But this year it was to get ready for work, back in at 11am.

Walking past houses and seeing people with their Christmas lights on in the windows, piles of rubbish and boxes outside by the bins, cars pulled up by the roadside outside gardens where family members were visiting each other. I'll never forget how isolating that walk to work was. I longed to be home, to be younger, nostalgic for those two week periods at home and the thrill of not having to think about my real life whilst Christmas occurred. On that walk it felt like real life never stopped and Christmas hadn't started.

I questioned what the point was. Why was I working on Christmas? What could be that important that it would make me feel so alone and isolated and so far from home on Christmas Day? I remembered I am saving to study a Master's, but even that seemed pointless when I could be at home arguing with my Grandparents about why my generation just don't have it easy. Seeing posts on Facebook and Instagram of my friends at home with their families, their pets, their friends. Everyone seemed so happy compared to me, and it made the isolation worse.

I am not the only student that worked at Christmas, and I'm definitely not the only person in the world that worked. I don't want sympathy for it, I'm still alive after all (unfortunately).

There will be hundreds and thousands of students far from home, working over the Christmas period, feeling guilty because their parents have to come to them, alone on Christmas Day if their parents can't visit. What's the point of student loan if students are still so reliant on part time work to get by? Isn't the idea behind maintenance loan meant to help students get by? Or is it just mandatory debt that doesn't even cover the things you're putting yourself in debt over?

After work on Christmas Day I got to spend time with my girlfriend and her Mum, who had come to visit us. At least I got that, at least I wasn't alone for the whole of Christmas. But I was in my student house, with its leaking radiator and its broken floorboards and its oven that dates back to the 1980s. Again, I have a roof over my head which is a blessing, but it's an overpriced, slightly dilapidated roof that I'm expected to put up with because I'm young and that's what students deserve and should be grateful for according to landlords.

I'm sure someone will read this and think I'm just being work shy, a typical bloody student who doesn't know they're born, a snowflake who needs to get a grip. Maybe I'm just bitter because I only got two days at home this year. Maybe I'm just resentful of those who have the time to go to their local pub and act like a dickhead on Christmas Eve, safe in the knowledge that they will only have to do 40 steps on Christmas Day. Maybe I just hate the idea of people having more fun than me.

That is all true, but I'll never forget working over Christmas period, the isolation of being alone at Christmas, of missing your friends and family, of having no pictures of your dog to post on Instagram. But who knows, maybe I'll be able to afford my rent this month because of it.