Everything that will happen on your night out at Leadmill

In Sheffield and into your indie music? There's one place to be and – sorry, Bastille fans – it's not Propaganda. For over three decades, The Leadmill has been one of the best alternative clubs in the country.

It's easy to see why. The music, people and prices are sound. You feel better about all your bad life choices because there's a huge fuck off neon sign to illuminate them. And certain things happen each and every time you go – here they are.

You'll pretend for a bit you won't go

Too much work? Not got the cash? Managing your time? Yeah right. You'll briefly attempt to save yourself the entry fee, drunk photo booth snaps, and hangover. Next thing you know, your mate – or mates, if you have more than one! – has convinced you, like a modern day Pied Piper who prefers Not Nineteen Forever to 14th century German tubular music. Off to The Leadmill you go! 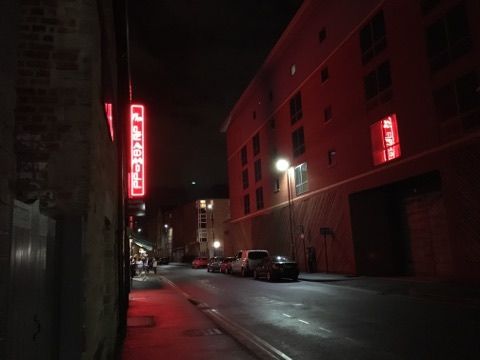 The haircut, the parka, the Adidas trainers, the terrible attempt at growing some sideburns and the swagger as they wander up to the bar. It's the resident Gallagher brother who definitely spends the week living to be on that dancefloor come Saturday night.

If you don't see one person doing the microphone stance when Wall Of Glass comes on, or hear someone in the distance whining the word 'shine' when sung in a lyric, you've not been to Leadmill.

Dark Fruits in hand, eyes closed and belting out the words to Cigarettes and Alcohol, they are loving life, and who can blame them? As You Were LG x

Drunkenly fumbling about in your pocket, you come across a spare couple of quid. Deciding that another double vodka mixer will leave you throwing up outside, you make the suggestion of hitting up the photo booth by the front door.

As you and all your mates pile in, almost falling through the very deceiving curtain, you tap the multi-shot option and off you go. What comes after can only be described as a recreation of a Picasso masterpiece. Drunken expressions and blurry hand movements all over the place is the usual outcome, one out of the four being almost passable as nice. However, this doesn't stop you from sticking it up on your wall at home and tagging your mates on Facebook so the embarrassment can last for an eternity.

"I'm sure I've heard this one" you tell yourself as the DJ fades in a Milburn B-Side that may have sprung up on your Spotify once. The choices now are: go for a fag, go for a drink, or see it out and pretend to look really cool in front of your mates (who are also pretending to know the words). 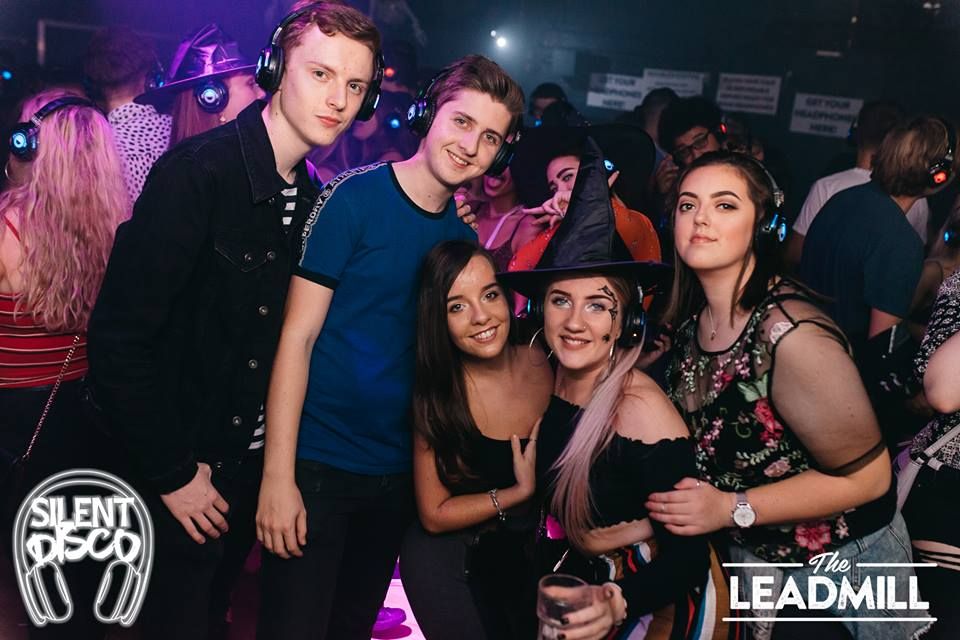 All you end up doing is shouting a word that rhymes with the previous line and taking several sips of your tinny of Red Stripe to cover your mouth up so you've got more time on your hands. However, Common People is on next, and you definitely know all the words to this one…you tell yourself again.

You will meet someone in a band

When it all gets too much and you've had your fill of Are You Gonna Be My Girl for a bit, Leadmill's smoking area is a welcome relief. But be warned, the smoking area comes with its own dangers.

Pumped up on Red Stripe, members of local bands prowl the smoking area like big cats in a Attenborough documentary, just waiting to tell you all about their band.

"So who do you sound like?" you will ask, just praying to hear something moderately new or original. But alas, everyone wants to be Oasis. "Yeah that sounds great," you exclaim, faking interest in the same repetitive, recycled shit lad rock.

Don't get me wrong, some of my best friends are in bands, but also my friends' bands aren't repeating the same tired cliches that should have died with Liam Gallagher's voice. Easily spotted by their admittedly cool trousers, beware the lad bands who prop up tobacco companies almost single handedly.

You'll slip over at least once

A common occurrence after a few Cheeky Vimtos. Although you'll blame it on the floor being slippery or your suede desert boots not having the best grip, it's the drunken state you're in that has resulted in you decking yourself while bouncing around to Slaves.

It's all good though, you spring back into action and play it out as though nothing has happened, even though everyone within a five-metre radius has seen you nearly break your nose on the wooden dance floor. Don't worry, we've all been there!

Drama will kick off in the toilets

Leadmill toilets at 4am represent exactly what baby boomers fear when they see their precious young grandchildren disappear off to uni. No doubt they read about it in the paper.

Now I'm no scientist, but I think there is a provable link between vodka consumed and mad shit going on in Leadmill toilets. Illuminated by bright lights, Leadmill toilets represent the hedonism and carnage people like Piers Morgan and his loyal band of bellends fear.

Of course, you could just go home at 2am, but that's not rock and roll is it?

Your night ends one of two ways

Maybe it's bits of confetti during Brianstorm, or maybe it's the £2 double vodka mixers, but there's something in the air in the Steel City's finest club. And while it can feel like Sheffield's very own Sausage Festival, this isn't necessarily the case. For many, Leadmill is prime pulling ground.

People have genuinely met the love of their life there and who knows, this could be you! (Disclaimer: These people are rare breeds. Realistically you're in for average sex with someone vaguely 'indie' who you'll never speak to again, and lots of embarrassment the next day.)

Already taken? Didn't want to pull? Just plain clapped? Don't worry! Top Taste is over the road, but true drunk food connoisseurs make the pilgrimage to the nearby McDonald's for all the nuggets. 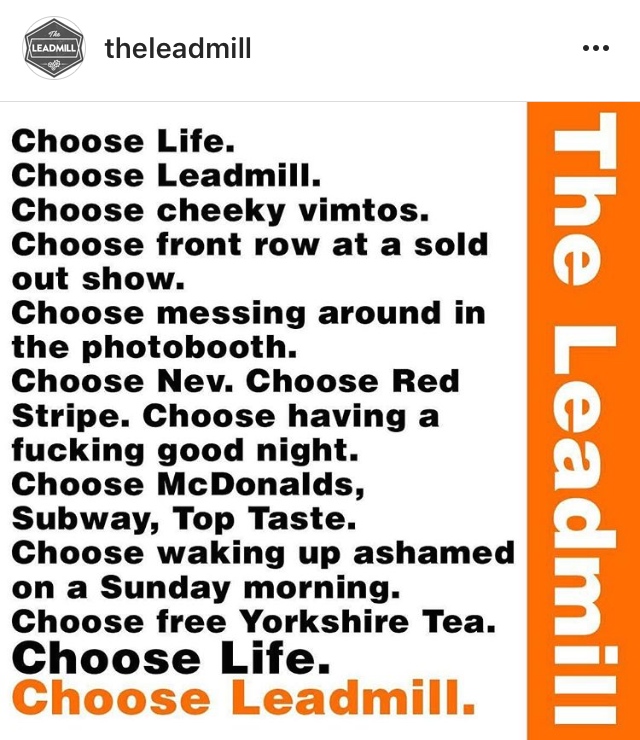 The next day your head is banging, your finances are suffering – and you already want to do it all again.