A march took place from the Cathedral to the SU

Hundreds of women took to the streets of Sheffield yesterday as part of the annual Reclaim the Night event.

The evening started at Sheffield Cathedral, with those taking part marching from there to the Students' Union.

A rally was then held which included speeches, performances by Students' Union societies, and spoken word readings. 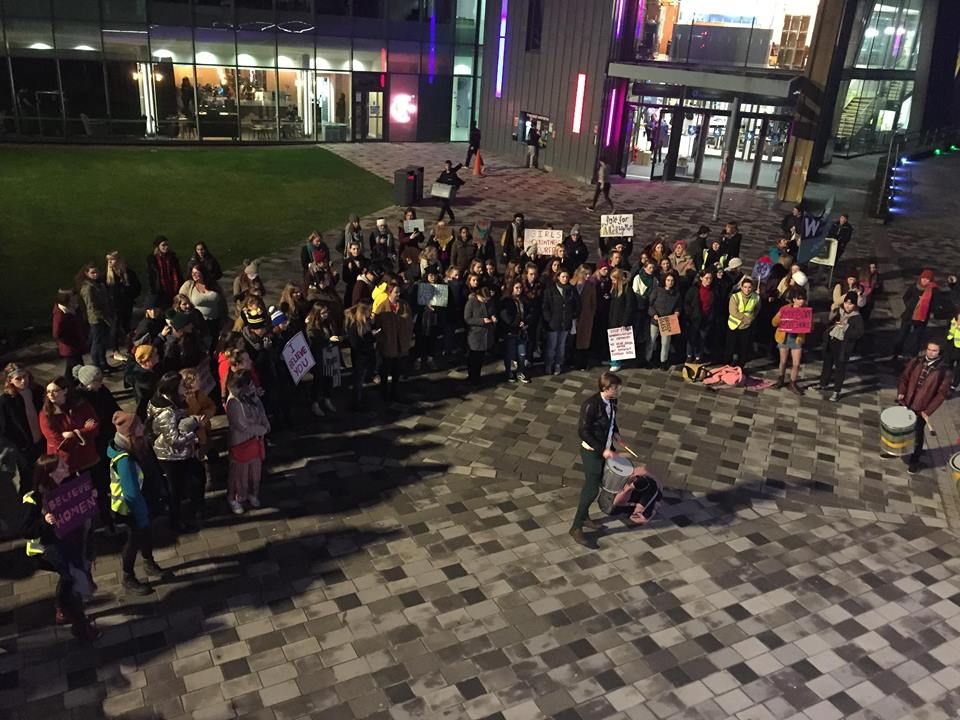 This year, women in Sheffield marched with three main aims – an increase in street lighting in Sheffield, increased and better quality support for survivors and victims of sexual assault, and a zero tolerance approach to sexual harassment across all spaces.

Signs on the march included "safe streets for women", "my body my choice", and "I can't believe we still have to protest this shit".

Reclaim the Night events started in 1977 after the Ripper killings, and was set up to protest violence against women and demand an end to gendered violence.

Marches took place across the country last night, and today (25th November) is International Day to End Violence Against Women.

Wherever it takes place and whoever commits it, sexual violence is a serious crime.

Rape Crisis (0808 802 9999) offers support and counselling for those affected by rape and sexual assault. NHS information on help and support after sexual assault, and help finding referral centres, can be found here.