One committee member described him as ‘part of our movement’.

Sheffield Labour Students will welcome an MP who called antisemitism claims "a dirty trick" and "smears" to campus, which Sheffield JSoc have said will endanger Jewish students.

The student group will host Derby North MP Chris Williamson next Thursday (8th November) as part of a "Stop the War" event, focusing on Yemen and arms trade with Saudi Arabia.

Despite being contacted by Sheffield Jewish Society (JSoc), who warned them his appearance will endanger the safety of Jewish students, Sheffield Labour Students committee voted on Tuesday to run the event.

In a statement released this afternoon, JSoc said the decision to invite Williamson to the event is "a betrayal of Jewish students in Sheffield and the Jewish community as a whole." 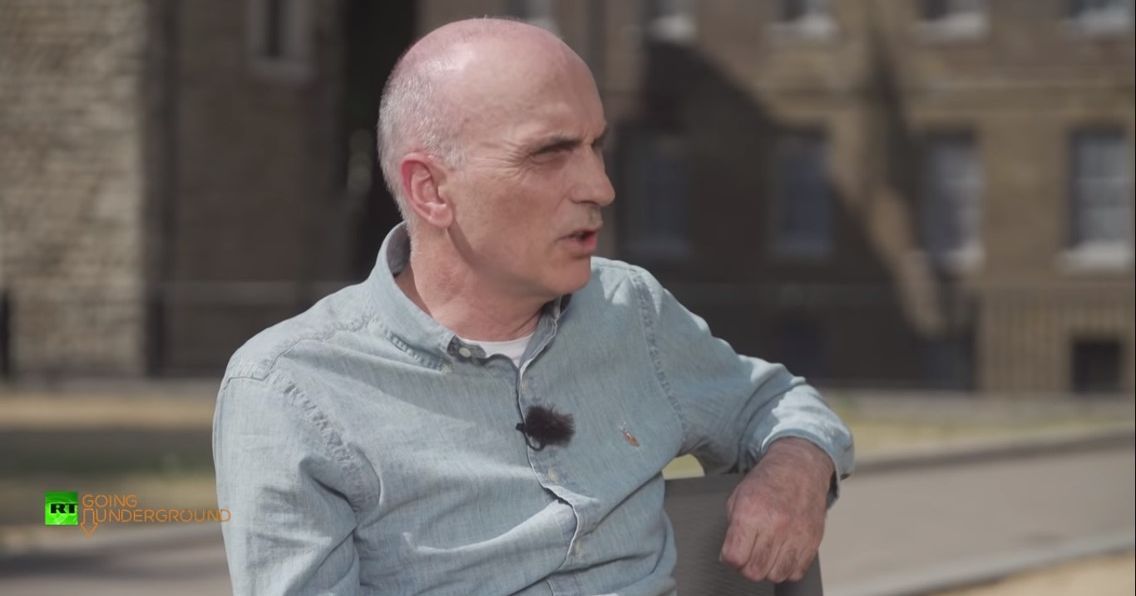 Williamson went on record last year describing the row over the issue as "proxy wars and bullshit."

He said: "I’m not saying it never ever happens but it is a really dirty, lowdown trick, particularly the antisemitism smears.

"For all the talk about Venezuela and antisemitism, Jeremy’s overwhelming landslide victories in the leadership elections and the general election mean people have stopped listening to the smears."

He has defended people expelled by Labour over antisemitism, tried to stop a motion on the issue at a party meeting, and praised Vanessa Beeley, a blogger who claims that Jews control the Human Rights Watch organisation and that Zionists rule France.

Minutes from the Sheffield Labour Students committee show six members voted in favour of the event with Williamson, with three voting against, and one abstaining.

One committee member described him as "part of our movement", and another said that uninviting him would be "damaging to [the] society's support". 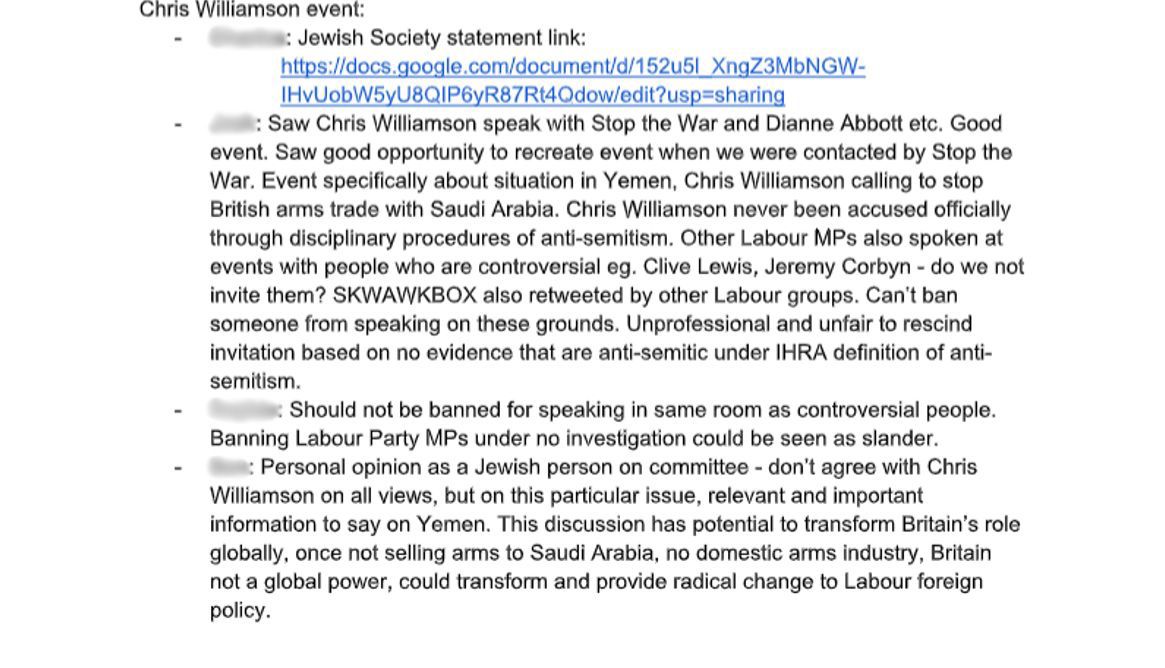 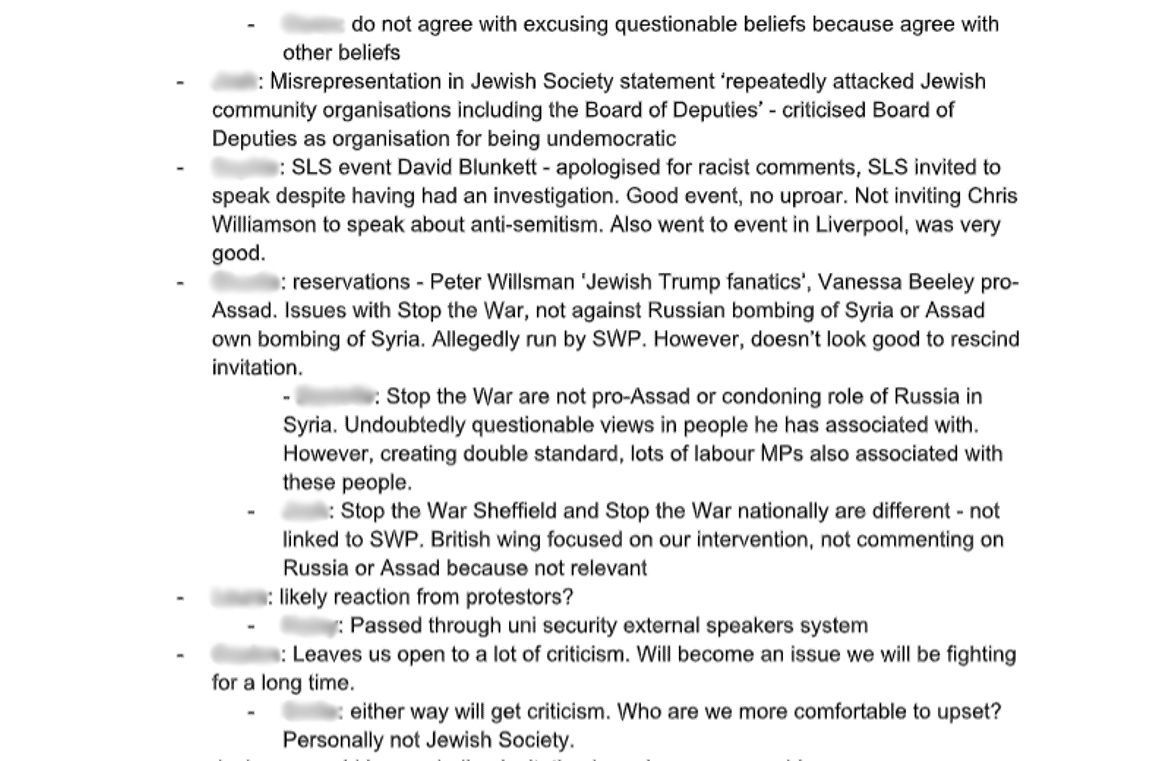 The statement issued this afternoon by JSoc reads: "We strongly condemn the invitation of Chris Williamson onto campus by Sheffield Labour Students.

"Williamson has repeatedly defended, and shared platforms with, anti-Semites expelled from the Labour Party. Notable cases include Tony Greenstein (who called a Jewish woman a 'Nazi bitch' and a Zio), Jackie Walker (who claimed that 'Jews were the chief financiers of the slave trade') and Ken Livingstone, who has asserted that 'Hitler was a Zionist'.

"In addition, just this weekend, when our community was at its most vulnerable, instead of giving condolences to the victims of the Pittsburgh massacre, he tweeted an attack piece against a Jewish community organisation – only retweeting condolences from Jeremy Corbyn hours later after outrage against him. He has called antisemitism allegations in the Labour Party 'proxy wars and bullshit'.

"We as a committee believe that Chris Williamson’s actions have encouraged a culture of antisemitism. As such, any society inviting him onto campus, for any reason, is a betrayal of Jewish students in Sheffield and the Jewish community as a whole."

The Union of Jewish Students said: "We are deeply concerned that Sheffield Labour Students have decided to ignore the concerns of Jewish students on campus and host Labour MP Chris Williamson.

"Williamson has repeatedly attacked Jewish communal organisations for calling out antisemitism and shared platforms with those expelled from the Labour Party over antisemitism.

"We believe the decision by Sheffield Labour Students to invite Chris Williamson to speak on campus shows a total disregard to the legitimate concerns that the Jewish community have raised over antisemitism in the Labour Party. It sends a strong message that antisemitism, and those that deny it, will be tolerated in a movement which claims to be anti-racist."

The full statement provided to JSoc and The Sheffield Tab by Sheffield Labour Students can be found below, it reads: "Chris Williamson has never been and is not accused of anti-semitism through disciplinary procedures within the Labour Party.

"[Banning] Chris Williamson based entirely on his associations…means we would have to ban those Labour Party MPs who voted in favour of the Iraq War, or those who, more recently, voted in support of air strikes on Syria or continued arms sales to Saudi Arabia, which have contributed greatly to the humanitarian crisis we are witnessing today.

"As the event is taking place in a University building, the University security team have done their own screening procedure on the speakers coming to this event, including Chris Williamson, and have confirmed that they do not feel that staff or students are in danger.

"We will take all grievances into account and are very happy to work with the Jewish Society, alongside our own BAME members, on the structural planning of the event, taking suggestions on how to run the event in order to ensure that no member feels alienated or unsafe. The Chair of the event will ensure that the discussion is strictly related to the advertised topic – the war in Yemen.

"The event is a means of showing solidarity with the Yemeni people, and we feel that for this reason, cancelling it would be a real shame and an injustice to the cause." 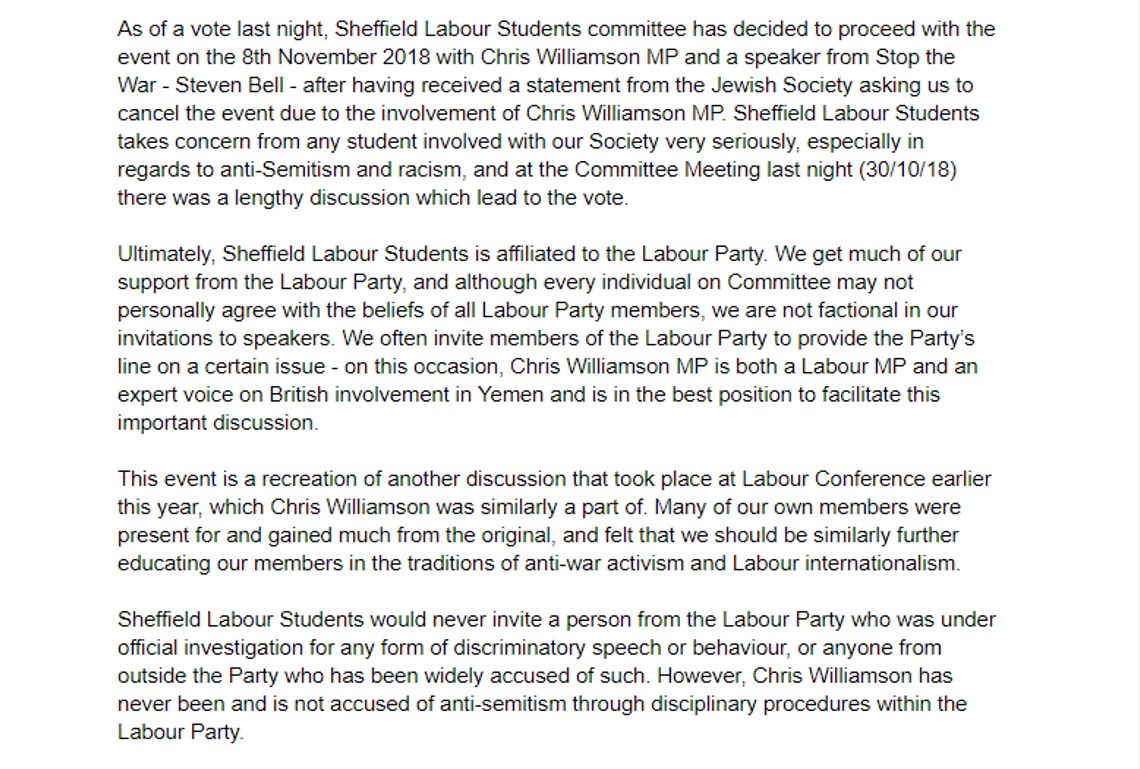