When you can count The Ramones' old manager and Iggy Pop among your friends and fans, the chances are that you're doing something right.

Following the release of rising punk band False Heads' debut EP Less Is Better last month, and their free entry gig at The Devonshire in Sheffield tomorrow, we spoke to frontman Luke Griffiths to discuss their love of the city, his attempts to start a band at uni, and what's coming up for the trio.

I’d say it’s delicate punk with really heavy riffs and some melodic “ooh”s over the top. It’s like if The Beach Boys and Rage Against The Machine had a child.

Have you played Sheffield much before?

We’ve had some great gigs in Sheffield actually. We’ve played Tramlines Fringe twice – this year we played two shows in about a quarter of an hour, we played The Devonshire and then we pretty much had an hour break and went straight over to the Frog and Parrot. And our shows are quite intense, so it was pretty intense to do one after the other.

And even though it’s like the Fringe festival it’s still that festival atmosphere, so that was quite intense. They were both great shows, got a good reception. I think we’ve played Sheffield on every single tour pretty much, we’ve played it outside of festivals three or four times. Sheffield’s always been pretty good to us.

What do you like most about it as a city?

I think Tramlines Fringe pretty much sums it up. Sheffield just seems quite open, and that’s probably quite a boring or cliché answer but it shouldn’t be really, as not all cities are like that.

Sheffield welcomes new music with open arms so I think that’s why a lot of people always add it on to their tour and it’s certainly why we do because it’s very encouraging for new music.

What can people expect from a False Heads live show?

A very intense, high-energetic destructive performance. Probably some blood and I’ll probably end up jumping on Barney and the drum kit at some point in the show, depending on how I feel.

But it’s very high intensity, and it bounces off the crowd too, so as long as the crowd are up for it, it’ll be a jumpy and moshy affair I’m sure. 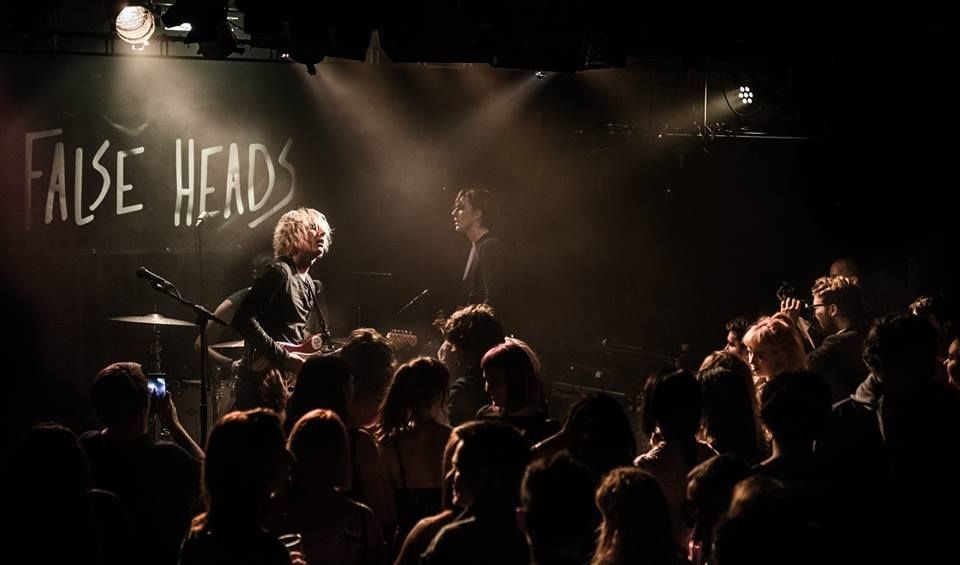 In your time as a band so far, which moments stand out?

I’d say Iggy Pop naming us as one of his favourite UK acts in an interview was probably one of them. He’s an absolute hero of mine and kind of becoming semi-pen pals with him, emailing occasionally and stuff was pretty surreal.

I’d say playing the main stage of In Music Festival supporting Queens of the Stone Age, supporting The Libertines, and playing A Peaceful Noise supporting Josh Homme which was for the Nick Alexander memorial trust, which was created after the horrific, vile attacks at the Bataclan. That was a very emotional event to play.

And becoming friends with Danny Fields. He’s orchestrated so much stuff behind the scenes it’s unbelievable. To have the man who managed Iggy Pop and The Ramones say you’re one of the greatest live bands he’s seen in decades is an honour, and to be his friend now is an even better.

Are there any Yorkshire based acts you can recommend?

Are Manuka Hive from Sheffield? Manuka Hive I’ve enjoyed, and considering how new they are as a band I’ll give Manuka Hive a shout out. They're great people too so that always makes a difference for me. It’s helpful when they enjoy what they’re doing, but when they’re good people that makes a huge difference. 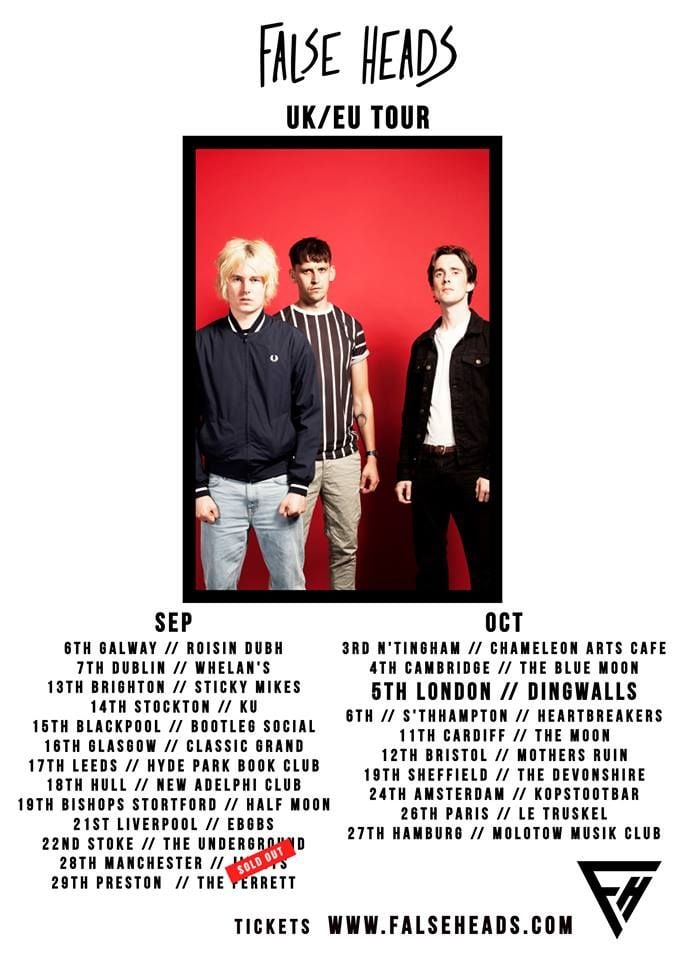 Did you have to balance uni with being in a band?

I couldn’t get a band going at uni at all really. Uni was entirely pointless, I studied history and only really went to make a band, but couldn’t, so went back and started it with two people I went to school with. When I was at uni I always had the name False Heads, and I was putting demos out on the internet but couldn’t really get a band together and it was extremely frustrating.

And it was a university that was very muso, where if you didn’t play a mandolin or wear a beret they’d look down on you. I came back from uni and that’s when it kind of clicked. I spent a lot of time writing at uni, that was helpful, but it’s much more difficult now. We’re still not able to leave part time jobs and after our last festival in Belgium we’ve just been working full-time to get a bit of money together before we go back on tour. So it’s more difficult to work around jobs than it is university I think.

What’s next for False Heads?

There’s a lot of stuff going on. We’ve just been taken on by some really decent management. There's some other bits and bobs we aren’t quite ready to announce yet, but we’ve just signed to an indie label called These Bloody Thieves Records in conjunction with Cargo Records.

We’ve just done a deal with them, and released an EP which is why we’re touring to support the EP, that came out on September 21st. Then we’re looking to possibly do a double A-side and an EP, and we’ll be releasing a debut album next year, possibly mid to late 2019, so that’s the rough outline and we’re starting to put that into place.