A limited tram service will operate

A replacement bus service and a limited tram service will operate during the tram strike and Tramlines Festival this weekend.

The industrial action, called by Unite as part of a pay dispute, has been confirmed to take place from Friday to Sunday.

Replacement buses are to run every 10 minutes, and Stagecoach have published a timetable for across the weekend. 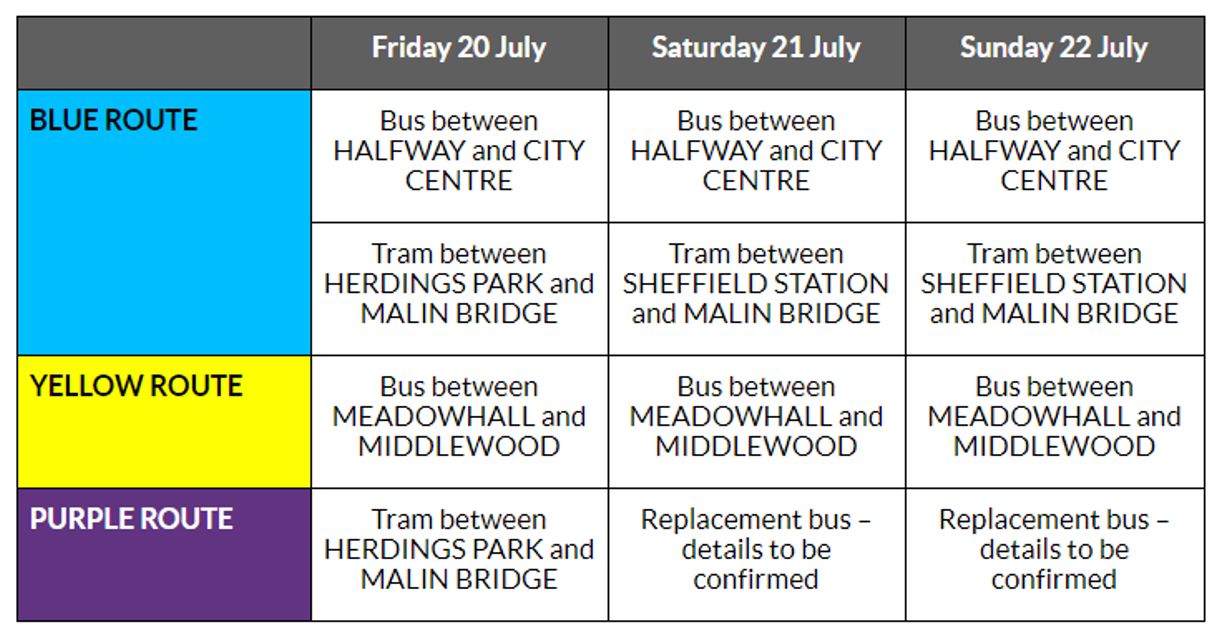 "Unfortunately the industrial action called by Unite the Union on Supertram services has sadly been confirmed to take place over Tramlines weekend between Fri 20th – Sun 22nd July.

"A limited tram service will operate between 7am and 7pm each day, along with a 10 minute frequency tram replacement bus service during the same hours.

"We’re working with local authorities to find an alternative solution to ease disruption. More information will follow on this shortly."

Organisers have also provided information about alternative methods of transport, including walking and cycling to the festival.

The strike action is because of a pay offer which Unite have described as "insulting" to tram drivers.

Taking place at Hillsborough Park for the first time, the tenth edition of Tramlines will feature Stereophonics, Noel Gallagher's High Flying Birds, Craig David's TS5 and many more across the weekend.