A three-day tram strike will take place on Friday, Saturday and Sunday as part of a continuing dispute over pay.

It coincides with tens of thousands of people coming to Sheffield for Tramlines, which this year takes place outside of the city centre at Hillsborough Park.

Stagecoach have said details of which services will be operating "are being agreed at the moment", and timetables "will be posted as soon as they're available". 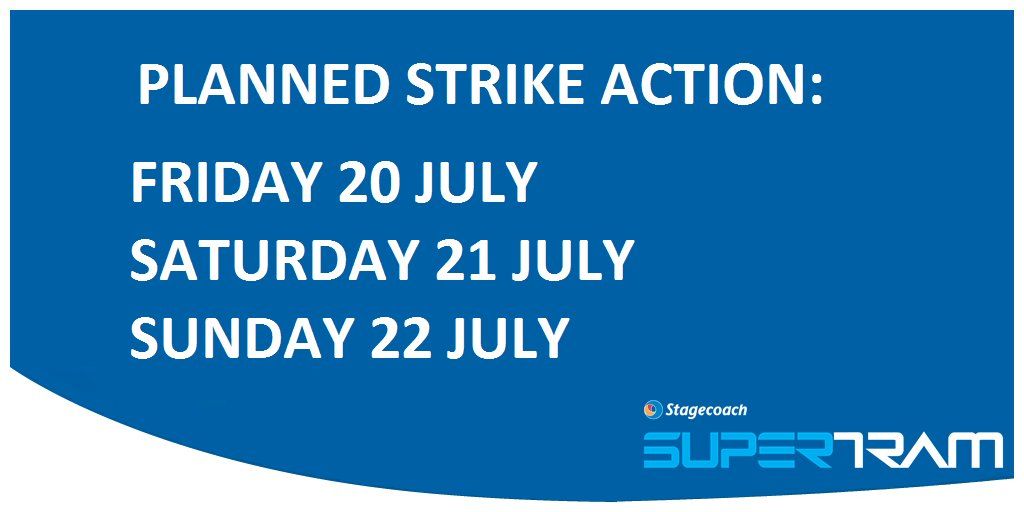 The strike action is being carried out by trade union Unite, with tram drivers also going on strike last week (9 and 12 July) over a pay offer which they describe as "insulting".

Unite regional coordinating officer Steve Clark said: "Our members have seen through the ‘smoke and mirrors’ conjured up by the management which amounts to a 26p an hour increase in the first year; 26p in the second year and potentially less than that in year three.

"In these inflationary times, our members want a decent pay rise, not one that borders on the insulting."

"Our door is open 24/7 for talks with the management to reach a fair settlement."

Festival goers will be hoping that a settlement can be reached before this weekend, when the 40,000-capacity Tramlines Festival, which has nearly sold out, takes place.

The new Hillsborough Park location means that it is a 13-minute tram journey to the festival from the city centre, and many had planned to use the trams across the course of the weekend.

Social media users pointed out the impact and irony of a tram strike during the only festival in the country with the word "tram" in its name.

Some also voiced concerns about the potential impact that the strike may have on Friday's University of Sheffield graduation ceremonies.

Tram lines and graduation ceremonies @sheffielduni – hardly going to garner much support whether right or wrong! Everyone advised to use public transport and now this!

TRAM strike for TRAMlines, literally couldnt make this up ? Penistone Road is gonna be heaving

the trams are literally striking on TRAMlines weekend, damn

First buses are set to be operating as normal across the weekend, the only catch being the increased price of a student single, which has been £1.20 since last month.

"We are one of the sponsors of the event and we're working with the organisers and other parties regarding transport links for the weekend.

"Details of the services that will operate are being agreed at the moment. Once they're confirmed they will be made available."