15 out of 18 councillors voted in favour

Sheffield Hallam Students' Union has voted to keep its no-platforming motion in place for the next three years after an SU Council meeting and overwhelmingly decisive vote last night.

The policy, originally implemented after current President Luke Renwick proposed it in 2014, bans "any individual known to hold racist or fascist views from entering union premises", or speaking at a Union event.

So far, it is yet to actually be used at the Students' Union after three years of being in place.

Despite a couple of speeches in opposition, support for keeping it in place was far greater, with 15 out of 18 of Hallam's SU Council members voting to retain it, leading to its renewal with a landslide. 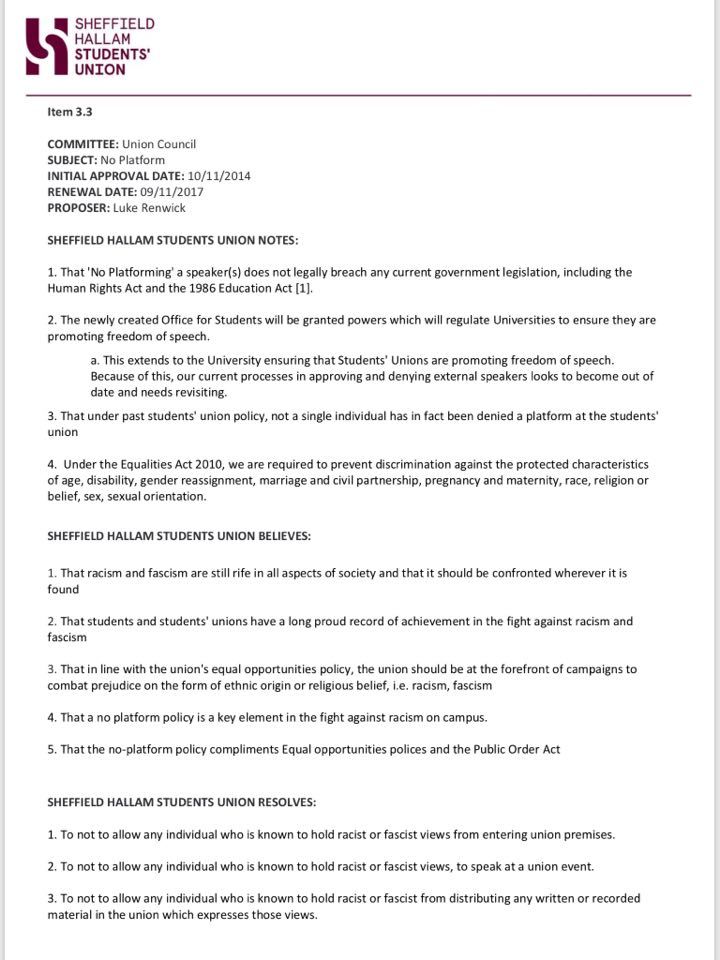 This document is here to stay – subject to a review

The policy is now set to be officially renewed tomorrow (9 November), in line with the prospective renewal date when it was first introduced. The SU are still mandated to carry out a review of it in the near future.

No-platforming has been controversial in recent weeks after universities minister Jo Johnson announced plans to register, and even potentially fine, institutions where such policies exist. The government sees the practice as contrary to free speech.

However, last night's vote shows that the support for no-platforming speakers considered to have racist and fascist views is still there, and to a huge extent, among Hallam Union's elected councilors. 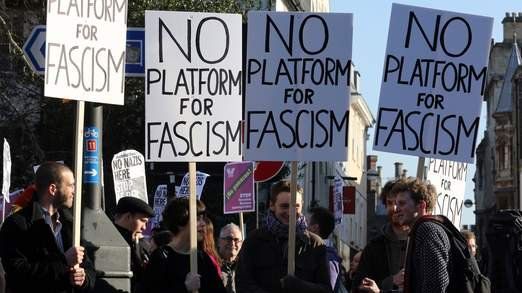 Hallam SU President Luke Renwick told us: "The policy is being renewed now because there is a 3 year life span on Union Council policy. The fact that it has come up at a time when 'Freedom of Speech' is on the agenda for Jo Johnson is purely coincidental.

The debate at Union Council was both engaging, respectful and informative and I would like to thank those on both sides of the argument for a constructive debate."

The main focus of the Council's activities this year is transparency and accountability.

One of the Council's three opponents of the motion, Lawrence Penn, wrote last night: "I’m sad to report that Union Council voted to only allow the liberty of free speech to those they agree with. It seems we prefer freedom FROM speech."