Winter is coming, and so is a Game of Thrones party in Sheffield tonight

A night the North will remember

In light of the enormous success of Game of Thrones, it was only a matter of time before a themed club night came to Sheffield.

Fans of the immensely well liked fantasy epic are in luck, as proceedings at Plug tonight will be entirely themed around Game of Thrones.

Courtesy of popular Sheffield events company Organised Chaos, the armies of Westeros will be descending on Plug tonight in a themed Night's Watch versus White Walkers special.

The event description encourages clubbers: "Choose your side, are you a commander of the Night's Watch or the Supreme Leader of the White Walkers?" 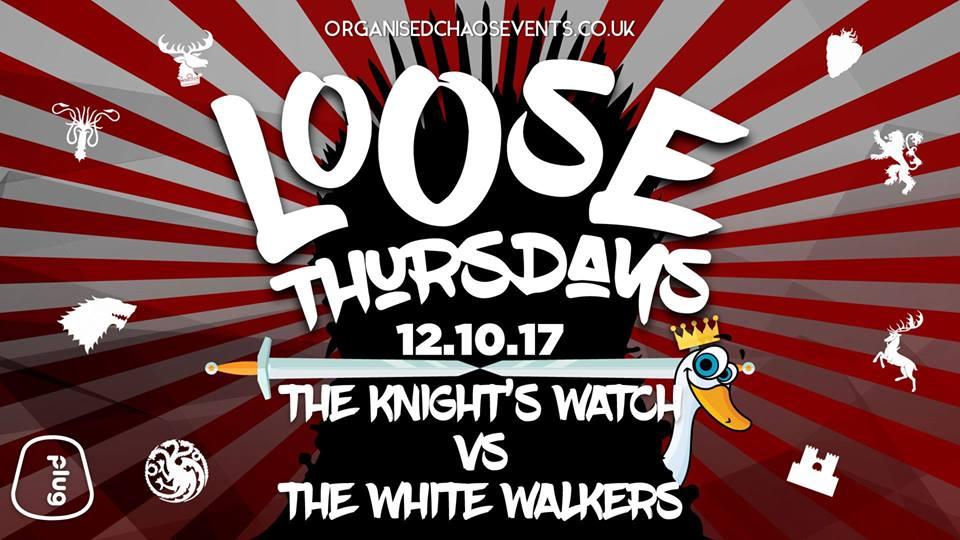 Who needs West Street when you've got Westeros?

It goes on to promise inflatable swords, helmets and even some dragons to practice swordsmanship on. "By the end of nightfall, we’re expecting to have Plug full of Jamie Lannisters and Briennes of Tarth."

To maximise the authenticity of the experience, the usual Plug confetti cannons will be replaced by a snow machine to recreate all the chilly excitement of the Sky One drama favourite.

Just the other week, Organised Chaos brought Dappy to Plug – this should be a bit of a more traditional affair, where helmets will take the place of woolly hats and music from Game of Thrones will no doubt feature throughout the night.

The weekly Loose Thursdays events have certainly been one of the more popular Plug attractions this year, with attendance estimated at over 1,000 every single week since it began.