Exclusive: ‘Consent is a myth’ written on the back of Sheffield bar crawl t-shirts

Shirts also said ‘rape is not a crime’

At the North vs Midlands vs South bar crawl, people were spotted wearing offensive t-shirts, including one with "consent is a myth" written across it.

According to people who were there, other t-shirts had "rape is not a crime" and "she CAN be asking for it" written on them.

The group wearing the t-shirts were on the freshers bar crawl, an event for both University of Sheffield and Sheffield Hallam students.

They were at Tiger Works when a Hallam second year took the photo below, and allegedly asked a bouncer for the group to be escorted out the bar. 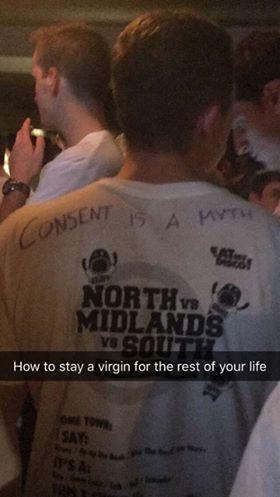 The Tab has been told the group, consisting of five males and one female, were allegedly refused drinks at the bar and made to leave Tiger Works.

Matt, a second year Marketing Communications and Advertising student at Sheffield Hallam, told The Tab: "It was a group of five lads and one girl. The others had equally horrible stuff written on theirs like 'rape is not a crime' and 'she CAN be asking for it'.

"Everyone was looking at them and dead-eyeing them, my group of 10 people moved away because it was ruining the night seeing such disrespectful stuff.

"It was around 10pm as it was the first bar on the bar crawl. I saw a bar man refuse to serve them. I told a bouncer and then I never saw them again, they were for sure removed from Tiger Works. Though it was a bar crawl and they just could have gone elsewhere." 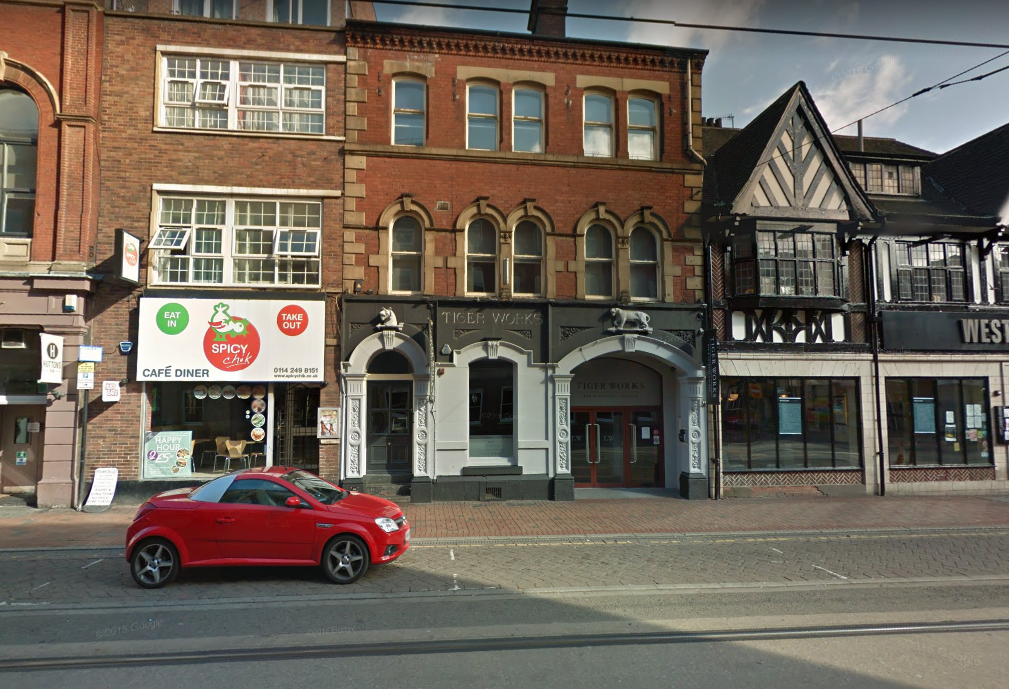 A spokesperson for Eat My Disco, the company hosting the bar crawl, said: "We cannot control what individuals write on their t-shirts but naturally deplore any controversial statements or slogans which might cause offence.

"If the individuals involved can be identified to us we will do everything we can do ensure they are banned from all future bar crawls.”

As to whether the group were removed from Tiger Works, a spokesperson for the bar commented: "As far as I’m aware this didn’t happen, I was in that night and saw nothing like this. I haven’t been informed by anyone else of this so this this is the first I’ve heard about it.

"It’s always a really well run bar crawl and the people on it are usually very well behaved."

The news of this comes just a few days after students in Exeter were criticised for wearing jackets saying ‘I love rape’ and ‘F**k the Syrians’ to a social.