Sub Focus is playing the Octagon in September

The event is being organised by The Tuesday Club

Sub Focus will headline the Octagon at Sheffield University with a DJ set on Saturday 23rd September, in the biggest Freshers’ Week line up so far.

The event, which is being organised by The Tuesday Club under the “TTC Presents…” name, will run from 11pm-4am and is open to students and non-students alike.

Releasing records since 2004, Sub Focus is best known for his tunes Tidal Wave, Turn Back Time and his latest smash Don’t You Feel It. With over 70 million Spotify streams and his reputation across the dance scene, his appearance is a huge coup for The Tuesday Club. 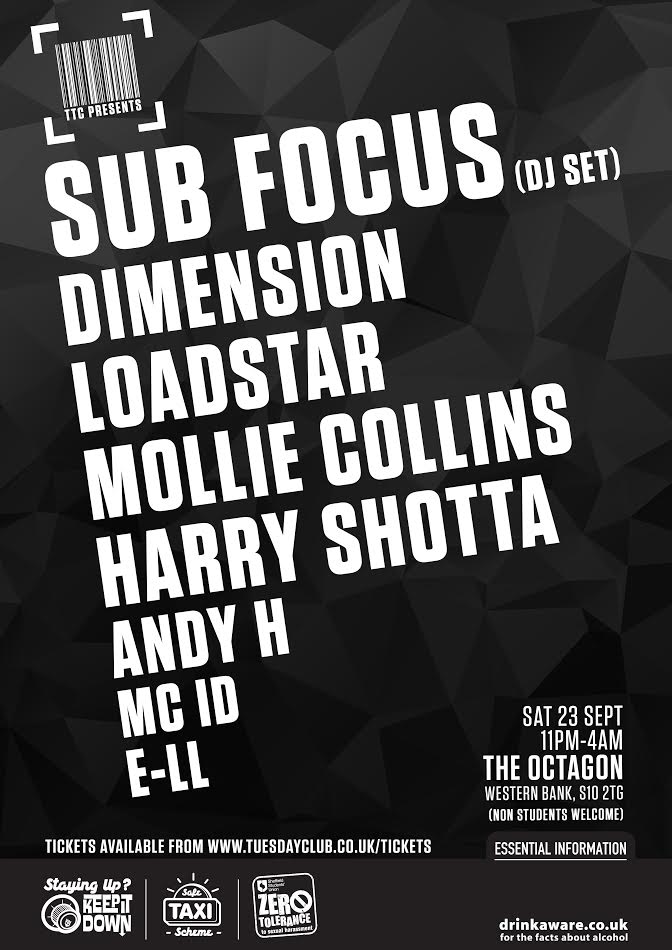 The massive line up in full

As well as the night’s headliner, a wide range of drum and bass royalty will also be appearing on the night.

Dimension, Loadstar and Mollie Collins are all set to appear, following well-received appearances at a range of Sheffield events.

Harry Shotta, E-LL and of course The Tuesday Club’s resident DJ Andy H round off a huge line up.

Tickets are anticipated to sell very quickly. They go on sale on 10am this Friday (30th June), and you can sign up here to get your hands on early bird tickets.

More information on the line up and the event in general is available on the event page, where you can also win four tickets to what should be a top quality night.