We spoke to your new SU President Kieran Maxwell

Kieran spoke out about his policies, John’s Van, flyers and much more

One week after he was elected President of the Students’ Union for the 2017/2018 academic year, we sat down in Interval with Kieran Maxwell to talk to him about his plans for the SU, standard John’s Van order and the meaning of life…

For those who you don’t know you, sum yourself up in one sentence.

My name’s Kieran, I’m from Newcastle and I’m a final year history and politics student, and the current president elect.

Why did you run for Students’ Union President?

This is gonna sound corny but in life I want to make things better. I believe we can make some real, tangible differences to students’ lives. I thought about education officer, welfare officer, but I’m interested in more than one sphere. I’m an all-rounder and want to make life better for students.

What was your first thought after the result was announced?

Disbelief…and then relief, I’d say. They tell the candidates who’s won privately beforehand so they can have a private reaction, which I think is good for the well-being of the candidates. So we were all in the room backstage, I had my girlfriend Freya with me, and then I was quite tense, I didn’t have much to say. I was feeling pretty anxious about the whole thing, then it was announced that it was me…I punched the air and hugged my girlfriend.

We were sort of swept off in a whirlwind, led straight backstage, I gave Dom the current president a hug and then I was just whisked off for the announcement and an interview. It all happened in a blur that night, particularly the end of West Street Live. 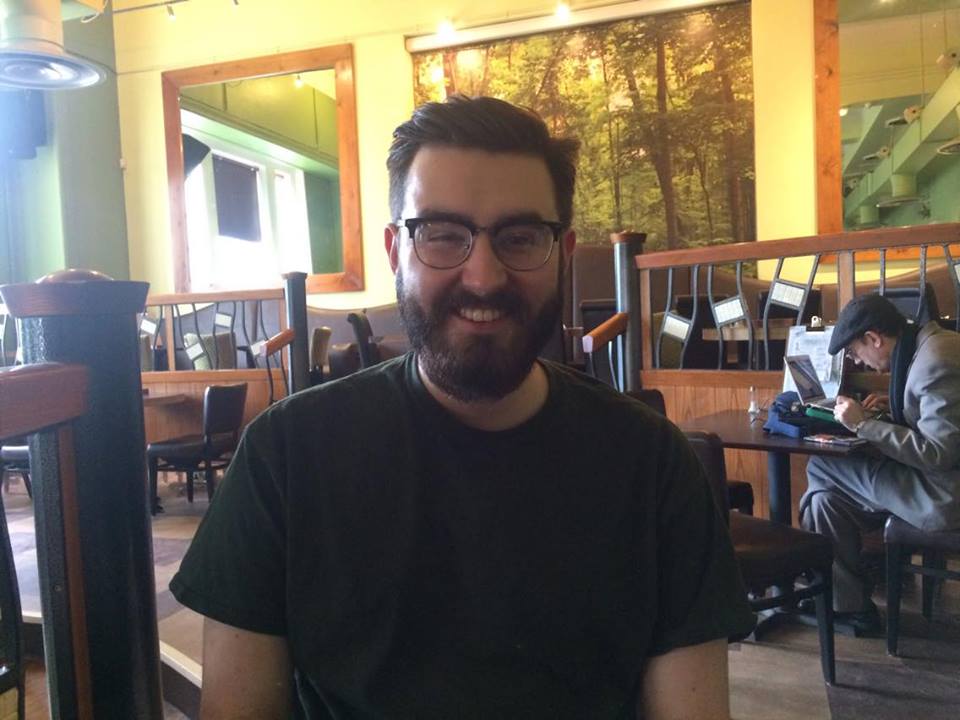 Wanting to take Sheffield to the Maxwell

Is there anything you’d like to say to those who voted for you and your team?

I’d like to say a massive thanks to the people who voted for me and the support I’ve received. So really quite humbling and really quite heartwarming to get that. It was really a team effort, my campaign, and it wasn’t just down to me. The people involved I really, really couldn’t have done it without. As I mentioned Freya, my girlfriend, Lilian, Alex and Jack, they really are some great people and I’m lucky to have them. And Robin Wilde of course.

How do you aim to include all students, even those who don’t share the values you professed in your speech (feminism, trade unionism and socialism)?

I think it’s really important that the Students’ Union belongs to all its members, and we have an SU welcoming of all. The reason I said that in my speech was that there were a lot of things that came up in the election cycle about an apolitical SU. I said that I don’t want an apolitical SU and because they’re things I believe in.

Students are passionate people. They are partisan, they are political and they are engaged and they should have their views represented by their SU President.

On the article saying you’d won, we had a deluge of #notmypresident comments. What would your response be to that?

(Laughs) I mean I clicked on one of the person’s profiles like “what’s going on?” And I saw he had a lot of Harshil posts shared, so I chose not to take it too seriously. I think it’s a bit of a laugh.

How do you aim to turn policy into reality?

I think being in a position like this one, you have to set yourself quite realistic goals. You have to realise you can’t change the world, you can’t change everything, you can’t win every battle. But if you focus on a few things, like the five things I promised in the campaign, you can make real tangible differences in students’ lives.

This position is important when it comes to lobbying and I’d be very interested in using the prestige of the office to encourage and persuade the University to take action. Like getting lectures recorded, like better mental and physical health provision, like getting health service open on a Saturday. 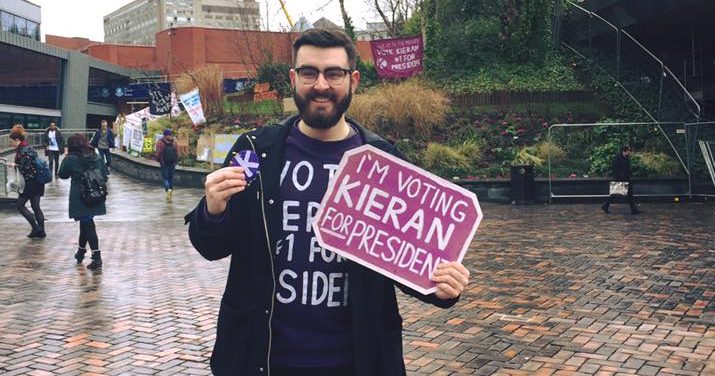 Taking it to the Maxwell on the campaign trail

Is there a first big change you’ll try and make?

I guess I sort of have to consider what my plans are on day one when it starts. I’m looking to implement all five of the policies I promised and I was quite honest with voters. I’ll try and begin with the changes I can make within the SU. That’d involve the Pop Tarts priority pass and a food van for SU club nights. After that I can then focus on campaigning and trying to get the university to act in several different ways.

Do you have a favourite thing about Sheffield as a whole?

I mean the first thing that comes to my mind is Henderson’s Relish. And the second thing that comes to my mind is Sheffield Wednesday. But really the best thing about Sheffield is the people I’ve met and the fantastic opportunities that I’ve received. There are so many amazing things you can get involved with. Maybe pick up the odd flyer on the concourse and see what’s for you!

On to the real issues. On a scale of 1 to 10, how excited are you for Love Island to come back?

I’ve never watched Love Island, never, so I have to say a respectable 2 or 3.

Short O. It’s the phrasing of the people, and what the Queen says.

Ooh, that is a difficult question. There are so many good ones. I’m gonna have to say Dancing in the Moonlight by Toploader, whenever that comes on.

It would have to be sausage and onion with tomato sauce. The coffee’s not very good, so I pay extra to get onions. It’s a small thing but makes a big difference.

Finally, what is the meaning of life?