The University has responded to the sexual attack in Weston Park

High visibility patrols are being provided in and around campus

Following the sexual assault in Weston Park last night, the University of Sheffield has responded to reassure students that their safety in and around campus is paramount.

In light of the incident, in which a 21 year old female is thought to have been sexually assaulted while walking through the park between 10.35pm and 11pm, University Security Services say South Yorkshire Police are providing high visibility reassurance patrols  in the area.

Audrey Leadley, Head of Student Support and Guidance at the University of Sheffield, said:
“We are extremely concerned by the news of a sexual assault taking place in Weston Park last night and will support South Yorkshire Police in their investigations in any way we can. 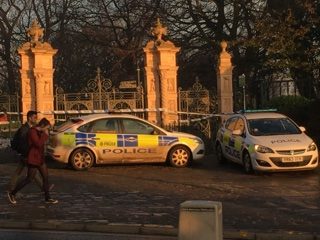 “The safety and welfare of our students and staff is paramount. The University will offer support to any students or staff affected by this and will re-issue important safety advice to our students in the light of this attack.”

The University also reissued their personal safety advice to all students via email, which includes advice on keeping to well lit paths, carrying personal attack alarms, and what to do if feeling threatened whilst out and about.

“I am really sad to hear this has happened and my thoughts and solidarity are with the victims of the assault. I don’t think security across campus needs to be increased as such, especially as areas like Weston Park compared to for example the SU or the libraries would have to be patrolled by the police rather than the University Security services.

“However, I do believe that because students represent a significant part of the Sheffield population, the Council, as well as the Uni and the SU, should always consider student safety to be a top priority as well as champion initiatives set to prevent and tackle violence against women since this episode is yet another reminder of how women are still not free to exist in the public space without having to fear being attacked/assaulted.”

She also stressed that services, such as the Women’s Minibus running from 7.30pm into the early hours, are worth noting for students that are studying late at the library and feel unsafe walking home.

Sheffield uni has bought 400k worth of pianos despite staff cuts