One man threw custard at a prostitute

Channel 4’s camera crews returned to Sheffield last night , giving viewers an update on all the events going on at one of the cities most infamous massage palours. City Sauna, on the junction of Attercliffe Road and Warren Street, featured on the first episode of a ‘Very British Brothel’. Going behind the scenes of the mother and daughter run business, the documentary followed the working day of women who can have sex with up to 15 men a day.

Highlights included a 63 year old man using the services of the palour for an hour long frolick with tins of cold custard, the suggestion of homemade lasagne for the sauna’s first motor home premises, and the revelation that the sex workers eat chicken curry and chips for breakfast. 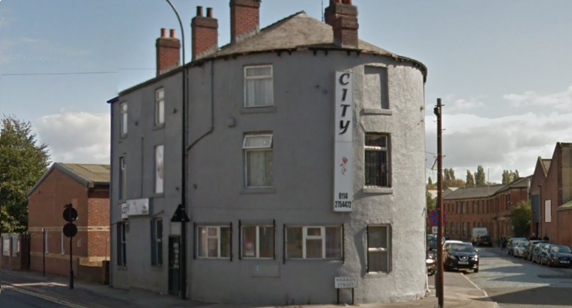 Aside from custard fetishes, the programme also revealed that some of the brothel’s clients wear ‘full-length babygrows’ and one sex worker even said she was asked by a man if she could ‘eat three pizzas’ and then have them ‘measure my stomach and see if I’ve got any bigger.’

The palour, which has been open since 1985, has 14 girls working a weekly rota and operates on an entertainment license from Sheffield City Council.

Here’s some of Twitter’s best reactions to the sauna’s sordid secrets:

A 63 year old. In the VIP suite. With the custard. Worst game of Cluedo ever. #AVeryBritishBrothel

Nothing says 'sexy' quite like 69p tinned custard #AVeryBritishBrothel

Nockin shop on wheels looks mint, can have a lil blowie followed by a lasagne #averybritishbrothel

A brothel, on wheels. Sheffield, you never disappoint. #AVeryBritishBrothel

Chicken curry and chips for breakfast. Not all heroes wear capes #averybritishbrothel

A Very British Brothel is the perfect way to prove to uni mates that Sheffield is a nice place !