An inside scoop into MTS’ upcoming production of Chicago

In this timeless classic, co-written by Bob Fosse and Fred Ebb, Chicago follows the story of Velma Kelly, a Jazz singer who becomes an overnight celebrity as she ends up on death row, after being accused of killing her husband and sister. She is locked up at Cook County Jail with other women who are also accused of killing their partners. The fame-hungry Roxie Hart also finds herself in the same situation after murdering her lover when he threatens to walk out on her. The two women become locked into a bitter rivalry for fame, believing that stardom will save them from their fate. 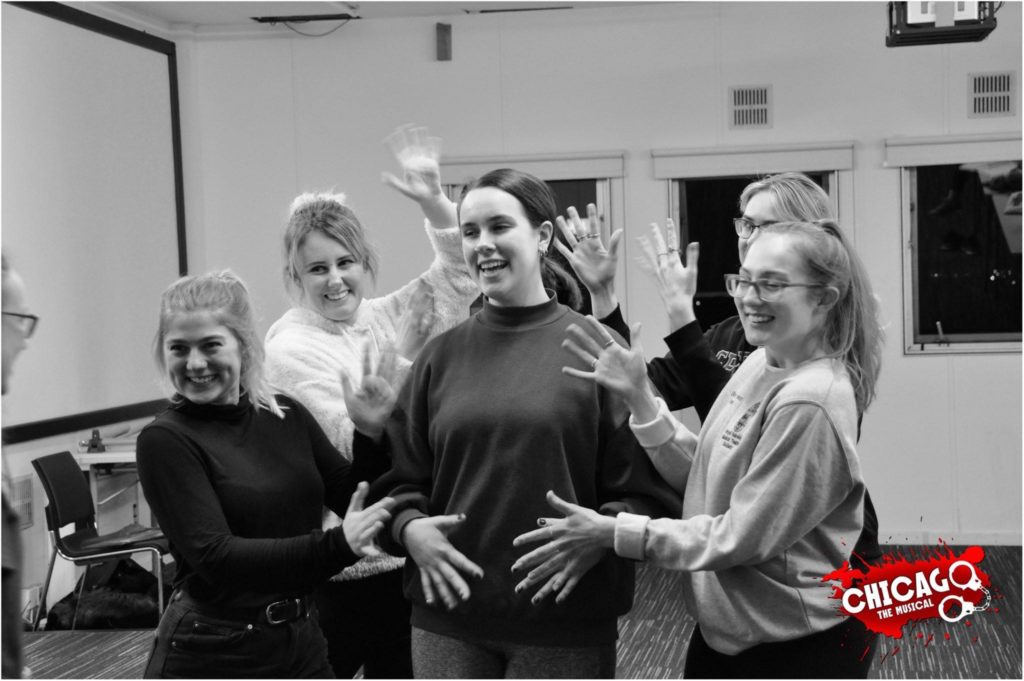 In the MTS production of Chicago, the two starring murderesses are played by Olivia Davies and Emily Quillin. The show is directed by Sorrel Wilson, with choreography and music directed by Jessica Lee and Daniel Looseley, respectively.

Wilson tells The Royal Holloway Tab that Chicago is being staged very differently to other MTS productions, bringing new challenges for Looseley in particular: “We’re making a big feature of the band, they’re going to be facing out, because it’s set within a Jazz Club. This is something that hasn’t really been done in MTS before. Normally, the band is hidden at the back, but Dan [the band leader], is actually a character.”

“This must be such a different thing for Dan. He actually has lines,” Davies adds.

Wilson says that the cat-walk staging used in MTS’ rendition of the show also makes this a very different production of Chicago itself: “There’s going to be a t-shaped stage. This is how we’re staging it at Royal Holloway – it’s very different. We’re doing our very best to transform the SU into a 1920s Jazz Club.” 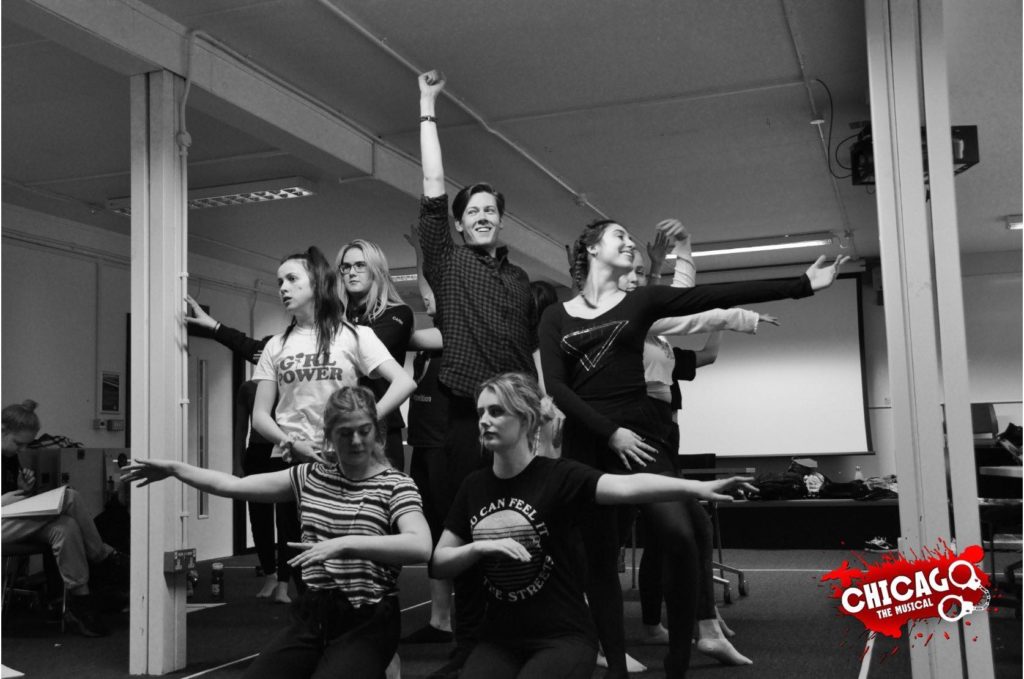 The show is one of the longest-running shows on Broadway, with over 9,000 performances, since its 1990s revival. Originally choreographed by Bob Fosse, the dancing is what makes Chicago so iconic. “You think of Chicago, you think of Fosse!”, comments Davies.

Lee adds that the choreography is another challenge for MTS: “It’s a very distinctive style of jazz, which is very difficult to teach to a bunch of people who have never done Fosse before, in the space of seven to eight weeks.”

It’s taken eight weeks of rehearsals to bring a demanding musical like Chicago together. “It’s a massive commitment,” says Wilson. “We cast the show in the first week of February and then we’ve been rehearsing since then.”

“We do four hours a night, for five nights a week. It’s intense, but as a cast member/crew member, you know what you’re signing up for,” adds Davies.

Yet, although the cast and crew have only been rehearsing for two months, Wilson says that “this is a show not to be missed”.

Bring your fedoras and your cigars down to the SU for a night of murder, dance, and all that jazz!

Tickets can be bought on the SU Societies page.

• From Example to Gina from Brooklyn Nine Nine, here’s the most famous RHUL alumni