Our very own RHUL alumni

Ahead of International Women’s Day this Sunday 8th of March, and Varsity on the 25th, it’s important take a look at the meaning behind this year’s campaign.

First of all, if you don’t know what Varsity is, it’s essentially when RHUL and Surrey University come together in an annual sporting clash to determine which university is better (obviously it’s us).

There are events in all kinds of sports all day long, ranging from athletics to karate. This year the clash is taking place on RHUL’s turf, which is arguably making everyone more determined to win.

The video shared by the Royal Holloway Sport on their Facebook page for this years Varsity event, has a powerful message behind their hashtag #deedsnotwords.

Join the event: tinyurl.com/sm3e96sBuy the t-shirt: su.rhul.ac.uk/varsityGet ready for another Varsity clash against the Surrey Stags!The time for talking is over, the time for action is now! #DeedsNotWordsCredit: Goliath Creative

“Now we will fight on our home turf once again, we will fight with deeds, not words. This is our heritage and this will be our legacy!”

“Those who fought with deeds, not words” is a reference to RHUL alumni Emily Wilding Davison, the famous suffragette who died by throwing herself under a horse, still fighting for women’s right to vote. She took action by going on hunger strike in prison, committing arson, throwing stones at politicians and hiding in Parliament to avoid being put on the census.

Her legacy is continuing on today in the students who still study at RHUL, over a century later. Inspiring students in both studies and in sports as well as women elsewhere in the country. Royal Holloway dedicated the new library to Emily, calling it ‘The Davison Building’. 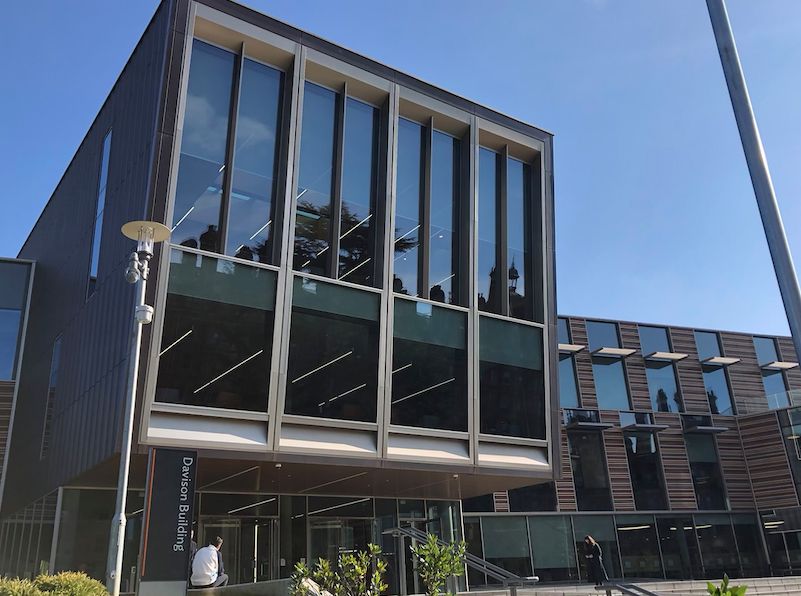 Let’s hope RHUL bears embody her message when Varsity comes. You can watch the advert on RHUL SU’s social media and find out more information about the event on their website.

• Someone come and collect these handsome eligible bachelors, it’s the final round