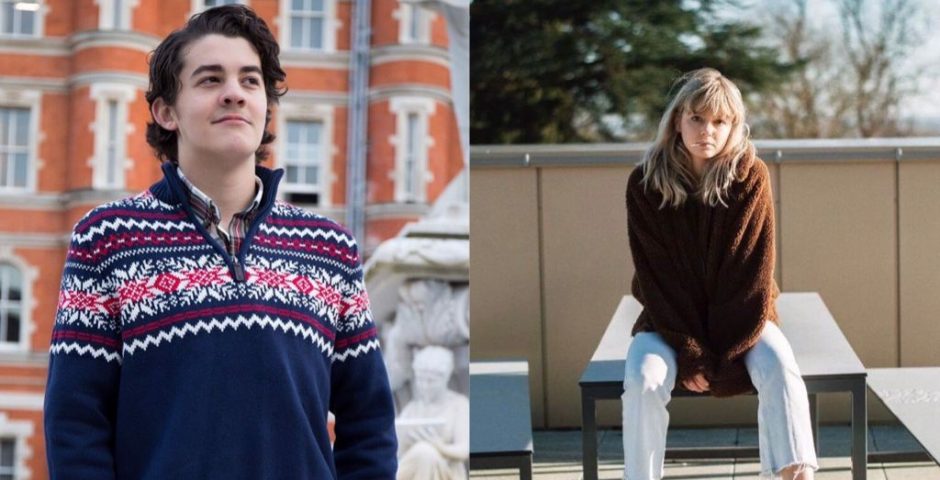 We asked RHUL students what they really think about abortion laws

On May 15th the Alabama senate passed a bill which makes abortion a crime with the only exception being serious harm to the mother, excluding rape and incest.

As it is a topic which has taken the news by storm, the Tab Royal Holloway decided to speak to students about how they feel about such a controversial topic.

With a student body that is one of the most diverse and international in the country, RoHo students have a lot to say about the bill. We asked them about their opinions on the bills and how the changes might affect their lives, as well as how they felt about male involvement in abortion laws and how they felt about the opinion circulation of the idea that this was a way of men controlling women's bodies. 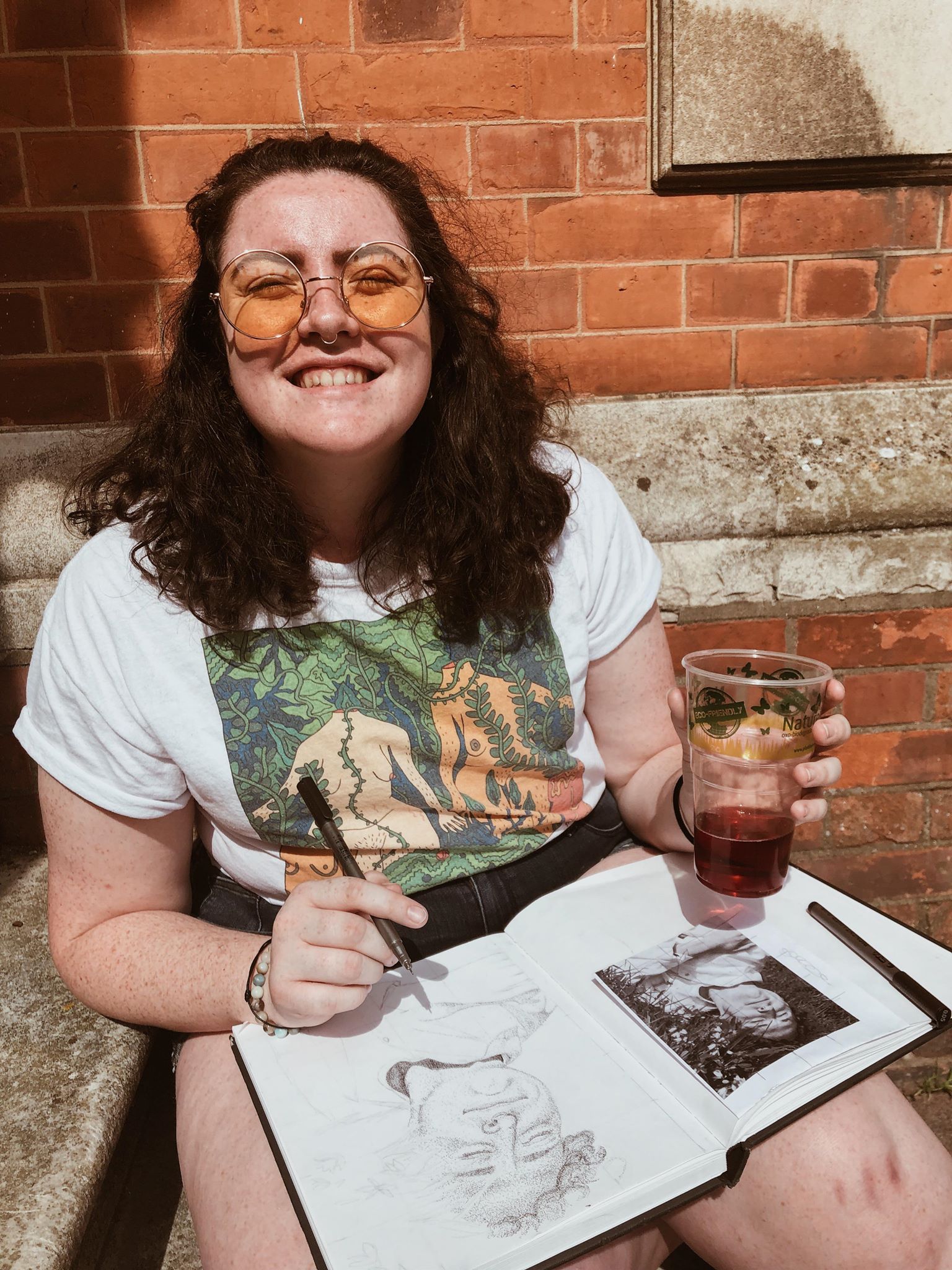 I definitely don’t agree with some of the laws because they’re putting a lot of pressure on women specifically. To put a ban on abortions is an infringement of rights and by doing so you are just preventing safe abortions. It's the woman’s body and men should not have overarching say about what a woman does with her body, however, the politics student in me says that you can't just have one side.

Access to legal abortions is something people with uteruses have struggled with forever. The more we seem to step forward in some places we step backwards in others and it's disheartening to see. 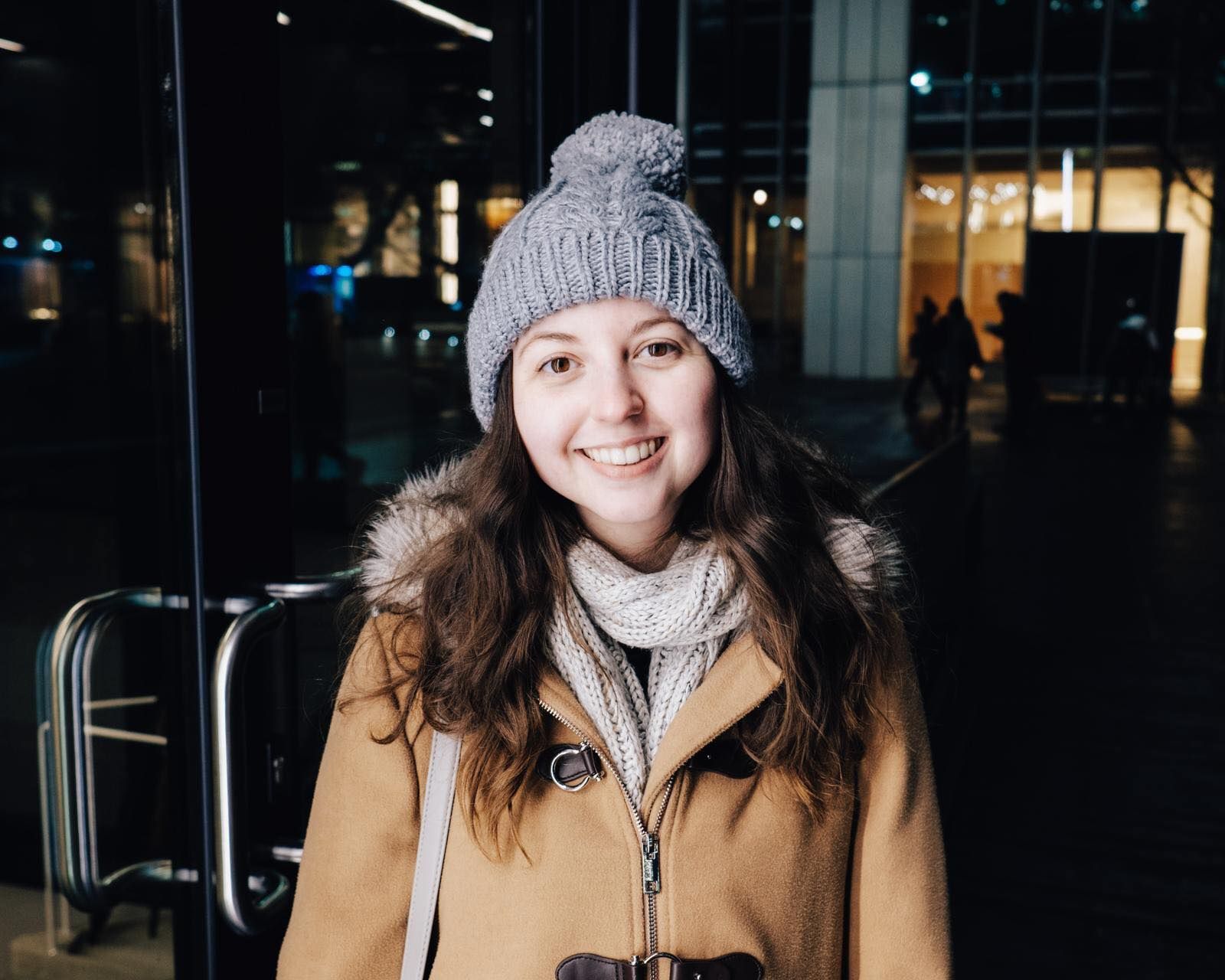 How can we give an eleven-year-old rape victim only a fortnight to make decisions that are beyond her years when she lives with her abuser?

Those without the ability to become pregnant are in a secondary position as they will never fully understand the feelings of having this right stripped from them. If this were about "saving lives" then children would be lifted out of poverty. If this were about ''saving lives'' then the whole Western mindset towards refugees would be radically different. This is about continuing the cycle of poverty. 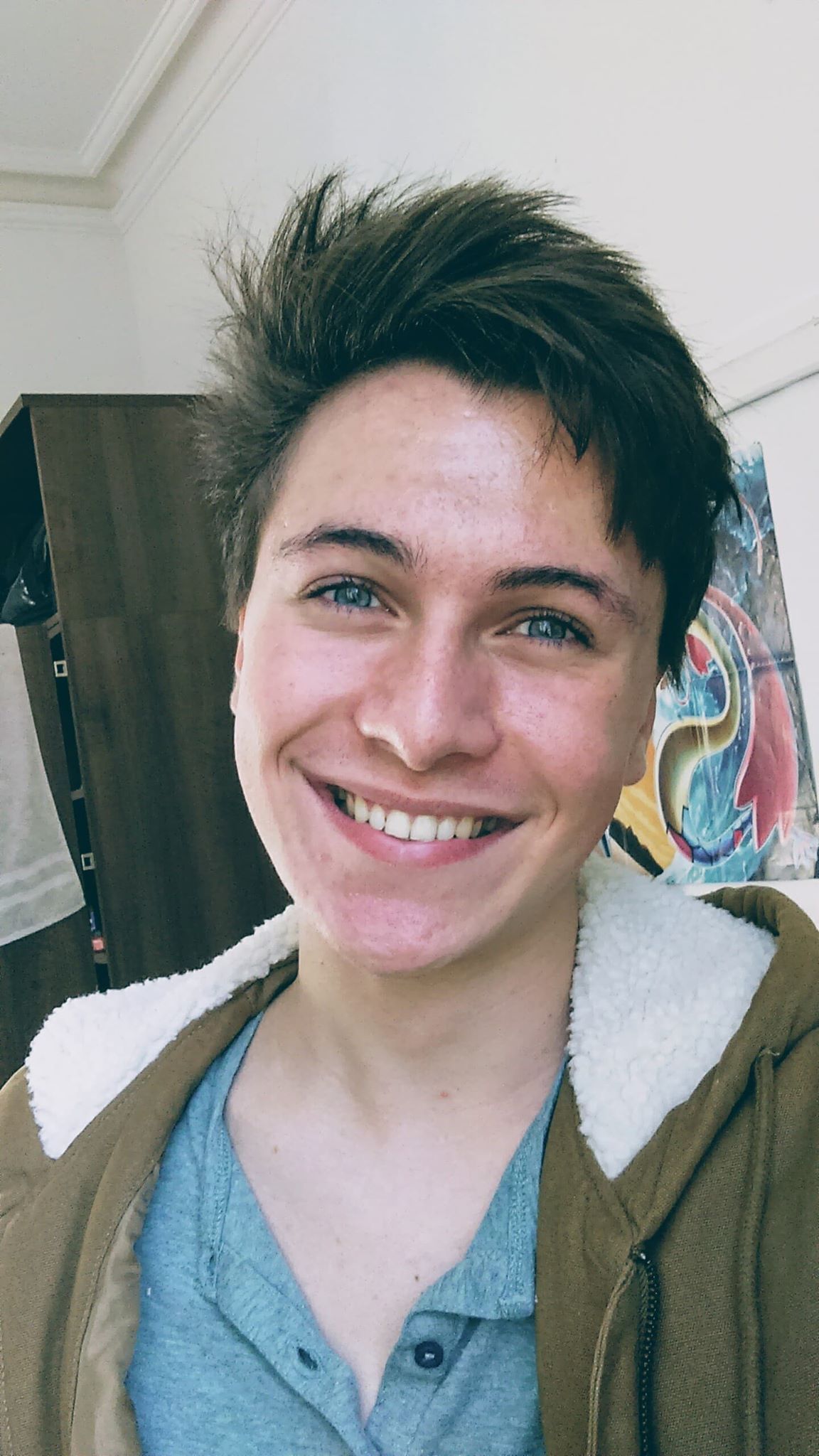 If we want to have an equal society then everyone should have a say in the debate. A lot of people argue women should have full control over what happens but at the same time it is not just women’s bodies, it's the developing embryo which has the potential of life.

So because there's that potential of life we all have a say whether the life should be taken or not, because taking life is a very serious matter. 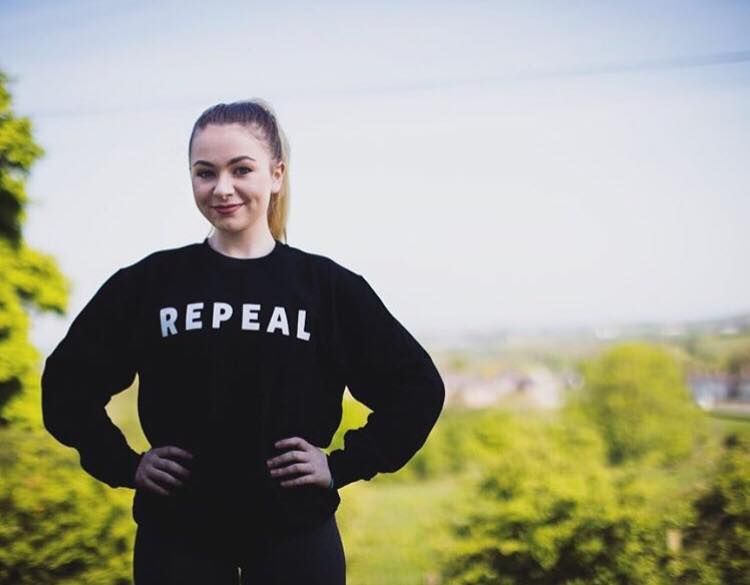 To be honest I’m kind of frustrated because nobody has cared [about abortion laws] until Alabama’s laws changed. The abortion laws in Northern Ireland are so much stricter than Alabama. The fact that in the Republic of Ireland, we repealed the eighth amendment a year ago, but still, nothing for the North of Ireland. Preventing legal abortion doesn’t stop abortions, it just means our women won’t have access to safe abortions. 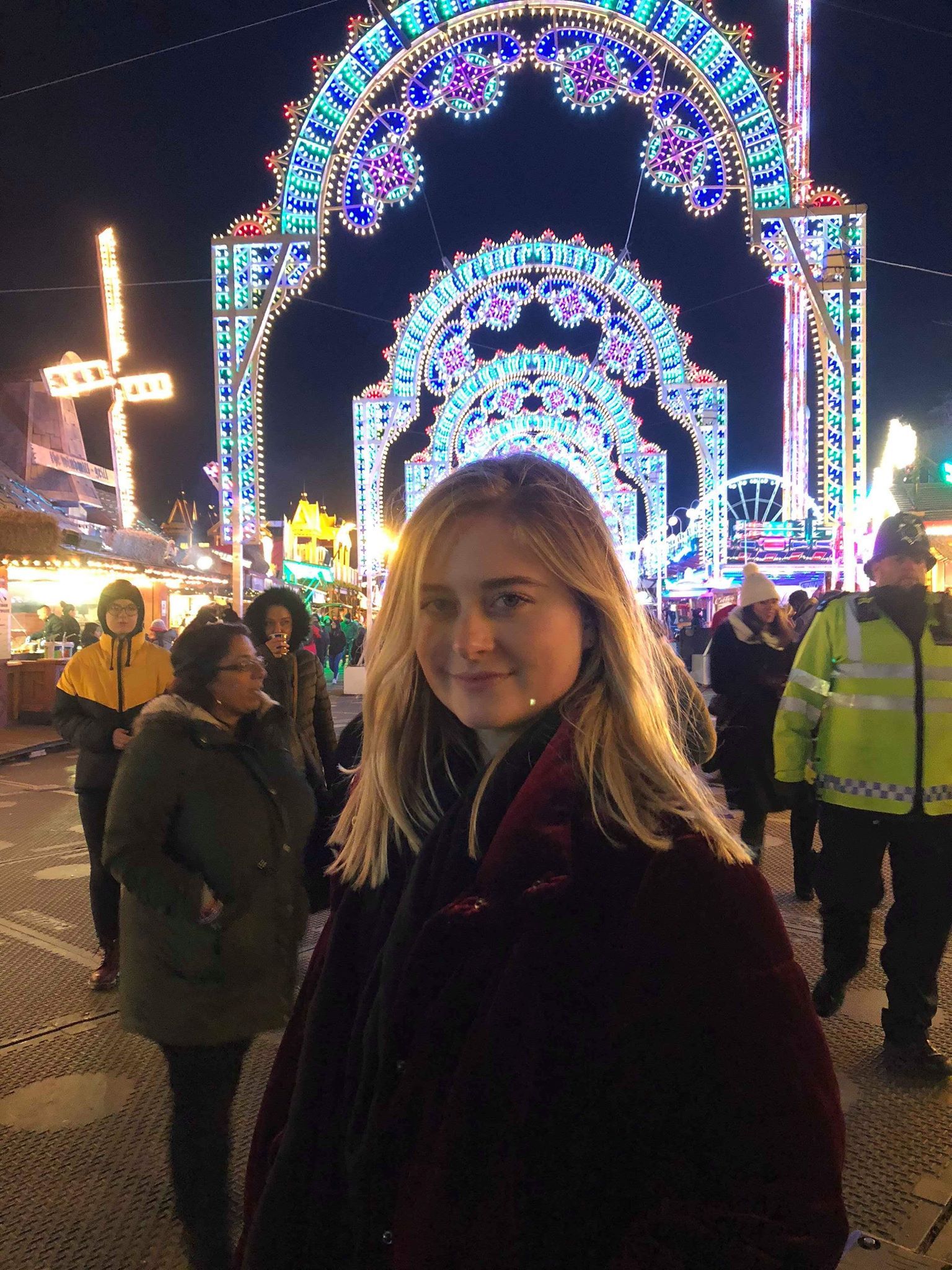 Yesterday I sat in my flat, on the stairs with my face in my hands, so angry I wanted to cry. 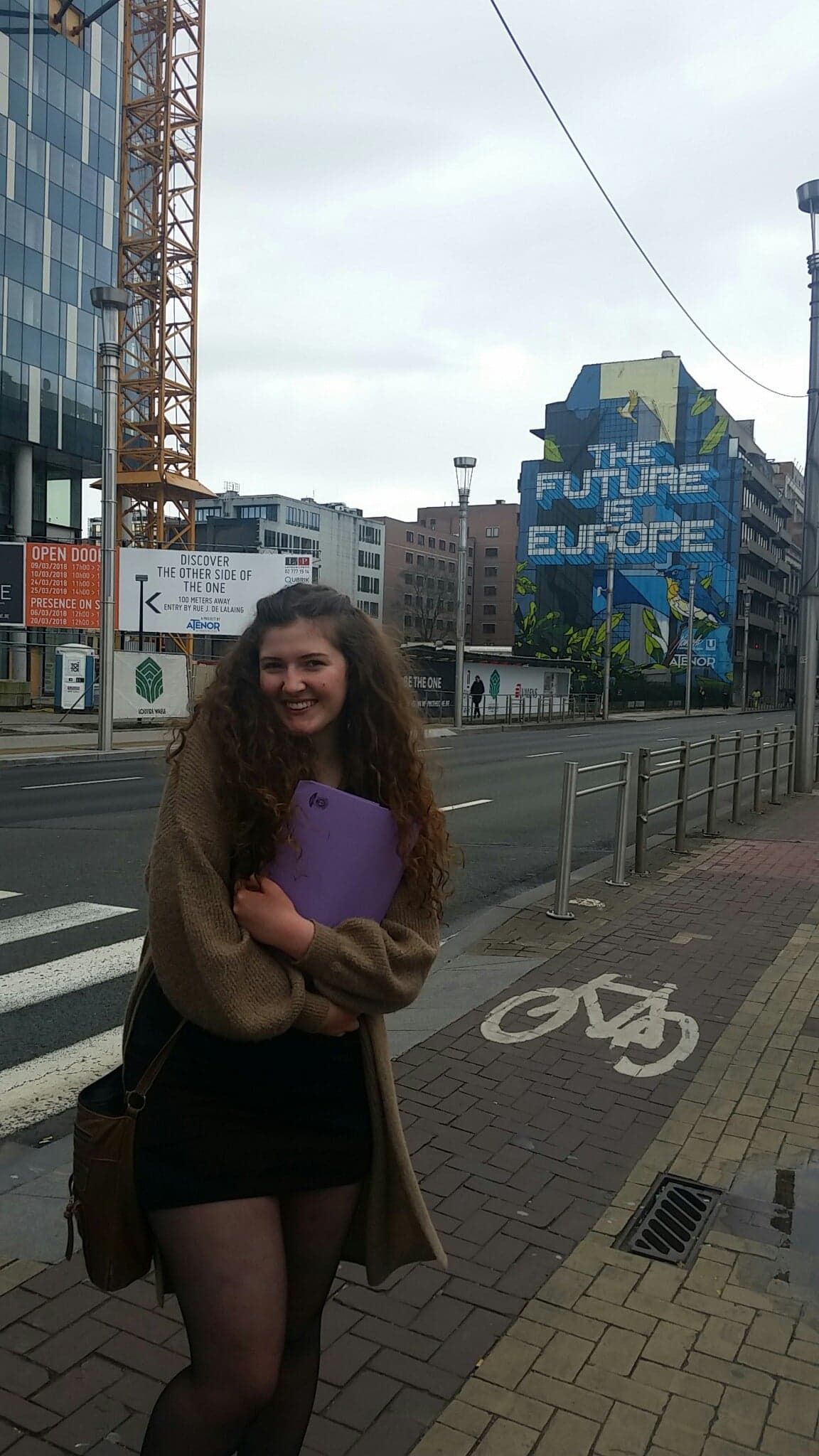 My right to abortion should I need it is very safe, but it is scary that my little sister in Alabama would feel unsafe to go to her doctor.

As someone who studies politics there is a big discussion about representation in government, should xyz have been the only one legislating laws for xyz.

On one hand the people of Alabama voted for their representatives so in theory that's the way US democracy works, but on the other hand should 25 white men be legislating women’s bodies? It is a blatant grab for power not by men but by the Republican Party. 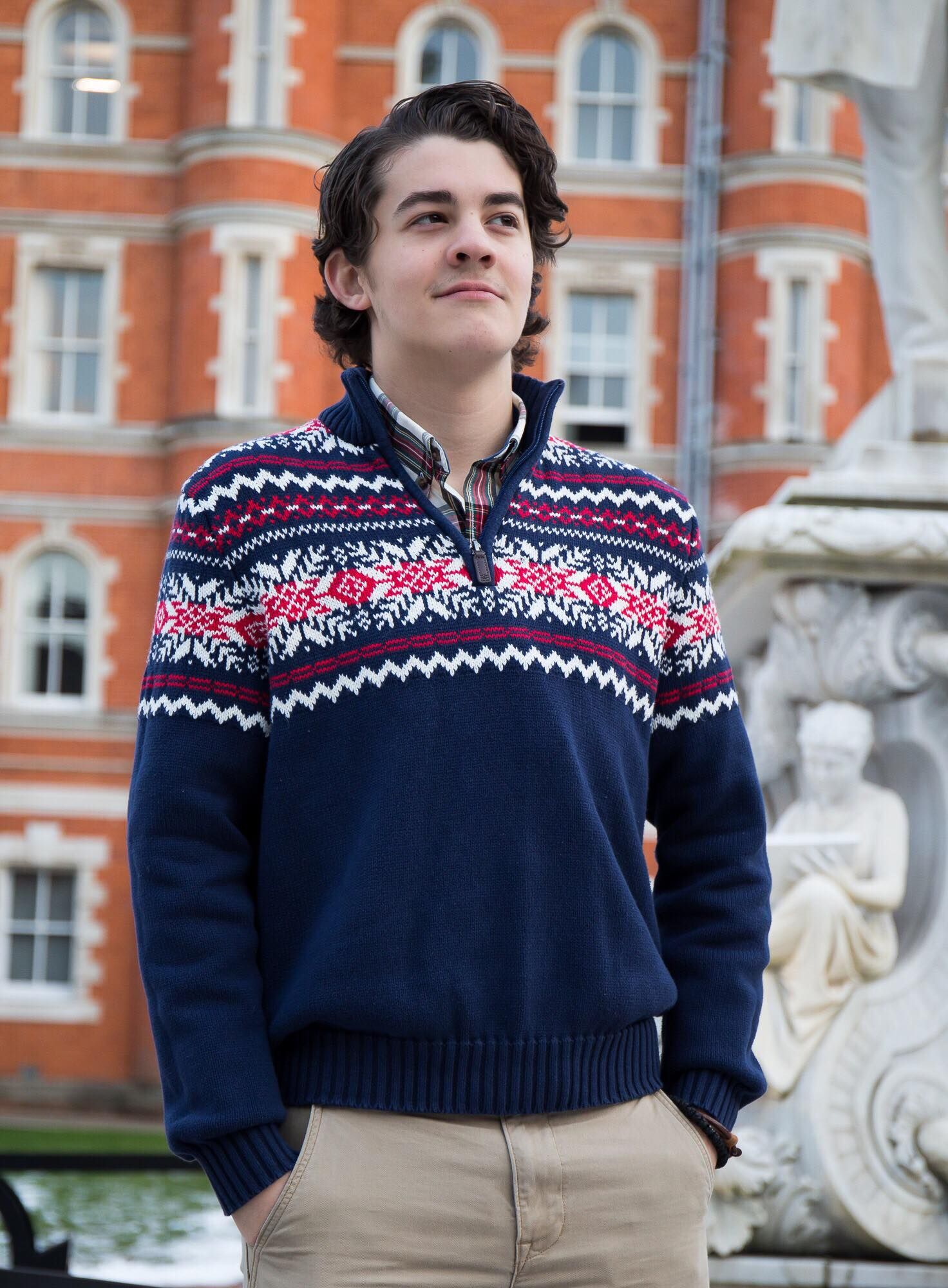 I am a rare case where I have gone pro-choice to pro-life, I have recently become an uncle and it changed me. I think it comes down to a deeper societal problem, of where we are treating things like sex, which should be a very intimate thing between two people, as something as casual as brushing your teeth.

Why are we having abortions as a final solution to an unplanned pregnancy? I know a lot of these points are what about cases of rape, incest and harm to the mother but that only makes up 4 per cent of the actual cases. I can understand why someone would want to seek an abortion, but a lot of the time it's for very personal and selfish reasons.

We need to foster a better culture where I think that these sort of laws aren’t necessary because no one's getting an abortion as they are raising families. 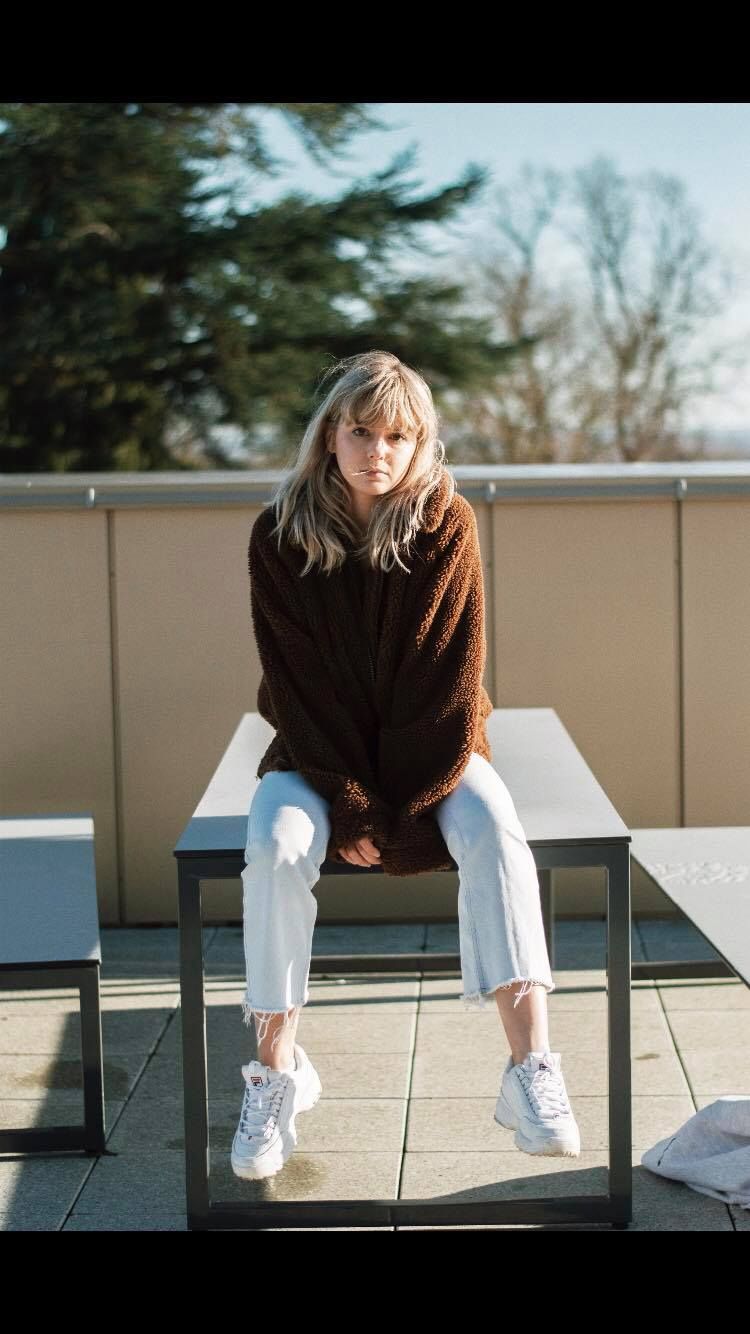 I consider myself pro-choice, even if you ban it, people are going to find other ways to do it which are unsafe. If you say you're pro-life because of an embryo but a women is going to die because she got a backstreet abortion you’ve surely got to be more focused on the life already living.

It's more a political agenda than a right to life… the whole law is about forcing people and having control over women so that they lose their autonomy. 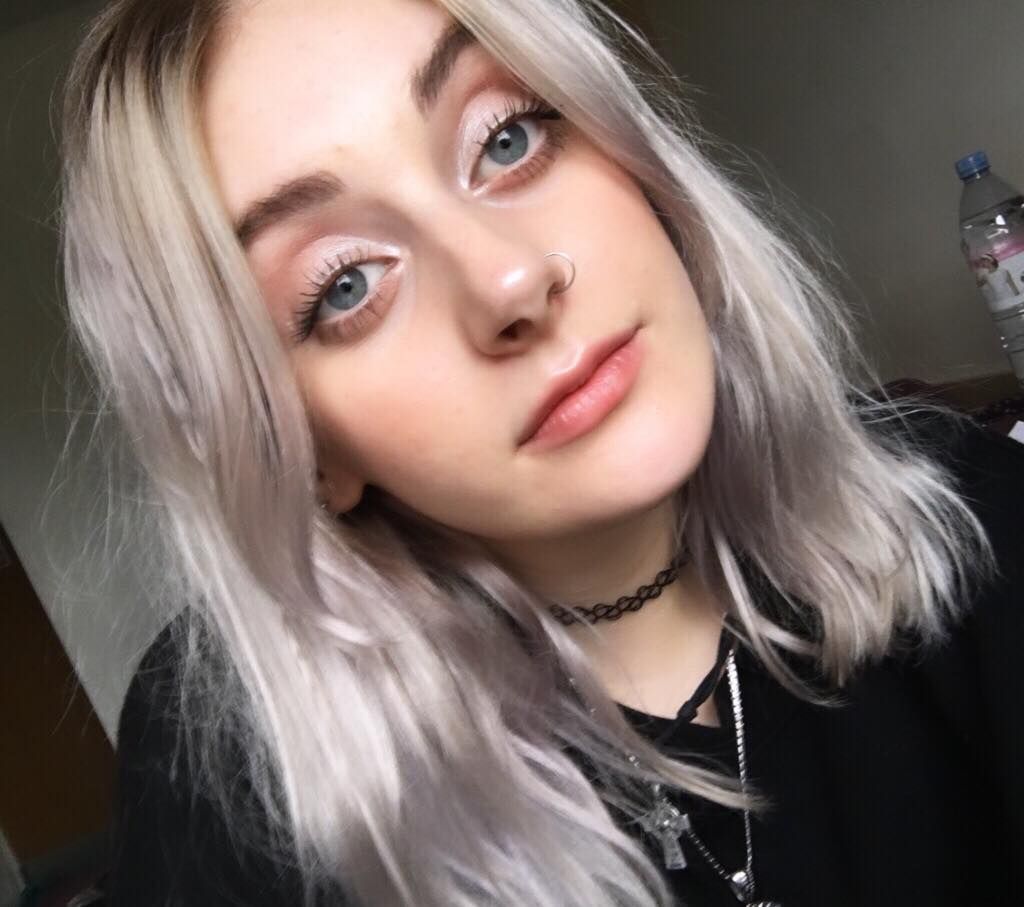 I think it's absurd in this day and age to impose such extreme restrictions. It is also tragic that a country founded on the principle of separating church and state has allowed 'Christian values' to influence the law to such an extent.

The men I have seen talking about it either heavily disagree with the new laws or are heavily in favour with little in between. My boyfriend is an ex US marine, and is completely against the new laws, as are many of his friends whose general consensus appears to be that Americans should have the freedom to do anything including owning guns and having abortions.

Men should not have the final say over something that they cannot experience themselves. 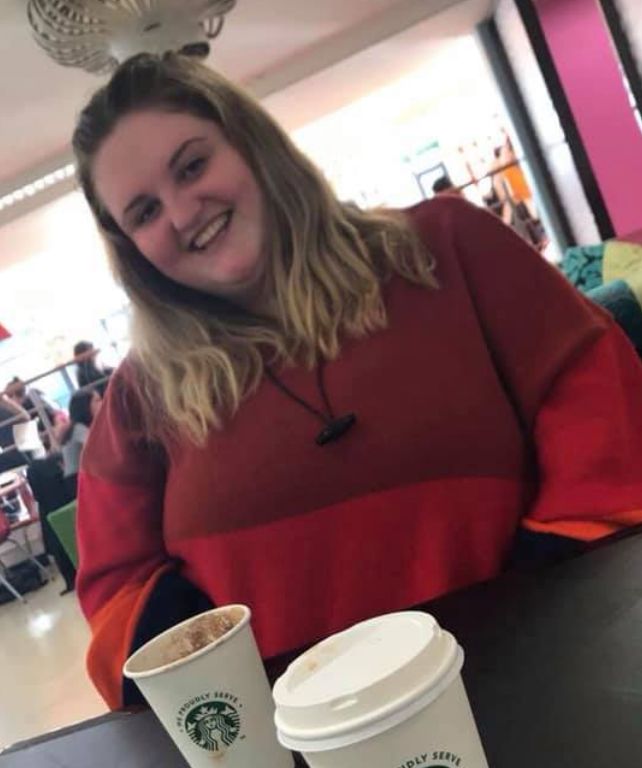 I am furious. As a woman living in America, I should have rights over my own body. My body, my choice. You do not have to agree with abortions and may never be able to carry one out yourself, but you must have the understanding that it is a woman’s choice.

Men do not and can never understand what a woman goes through during a pregnancy or what pain they must go through when they decide to get an abortion. It is not something you ever choose to just get out of the blue. There are always circumstances at play and men simply shouldn’t have a say in it. 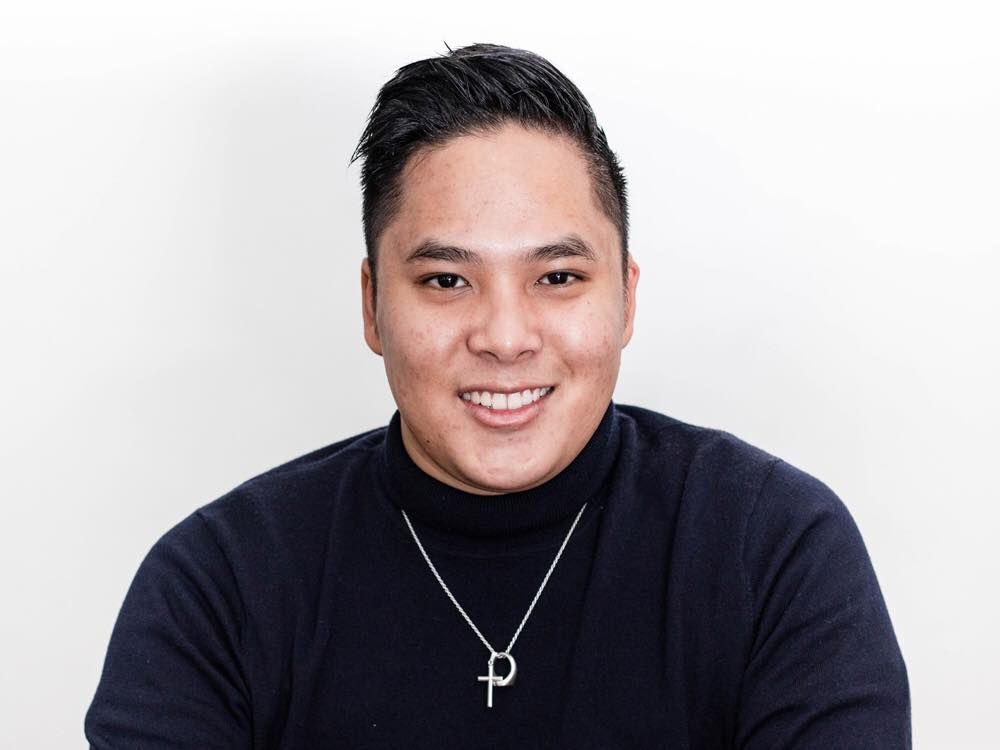 I think it is a shame because we are moving backwards where we have made such progression forward. In our lifetime we have grown up with a majorly heavy democrat influence, what we saw in 2016 with Trump’s election is him giving a voice to people who had been underrepresented for a very long time, this is the result of ignoring a large amount of Americans.

I don’t necessarily agree that it's all men, if you try to isolate men as the complete enemy you will loose all support from men and as a political world dominated by men that is a very dangerous move.

There are a lot of men who don’t necessarily agree with this, and claiming that all men across the world are like this is going to create more enemies, therefore this will create a bigger backlash and a more sexist divide. 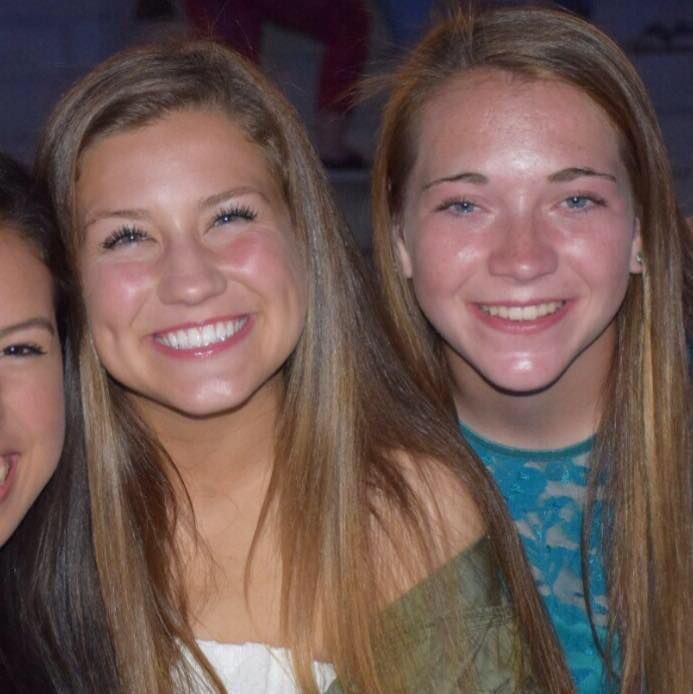 Having an abortion is deeply personal and should be done with much education and consideration. I don't understand why there is this dichotomy of "pro-life" or "pro-choice" that turns people against one another.

It seems to me the issue has largely boiled down to a general debate about women's right to their own bodies when in reality, there are layers of issues for each pregnancy that vary case by case. 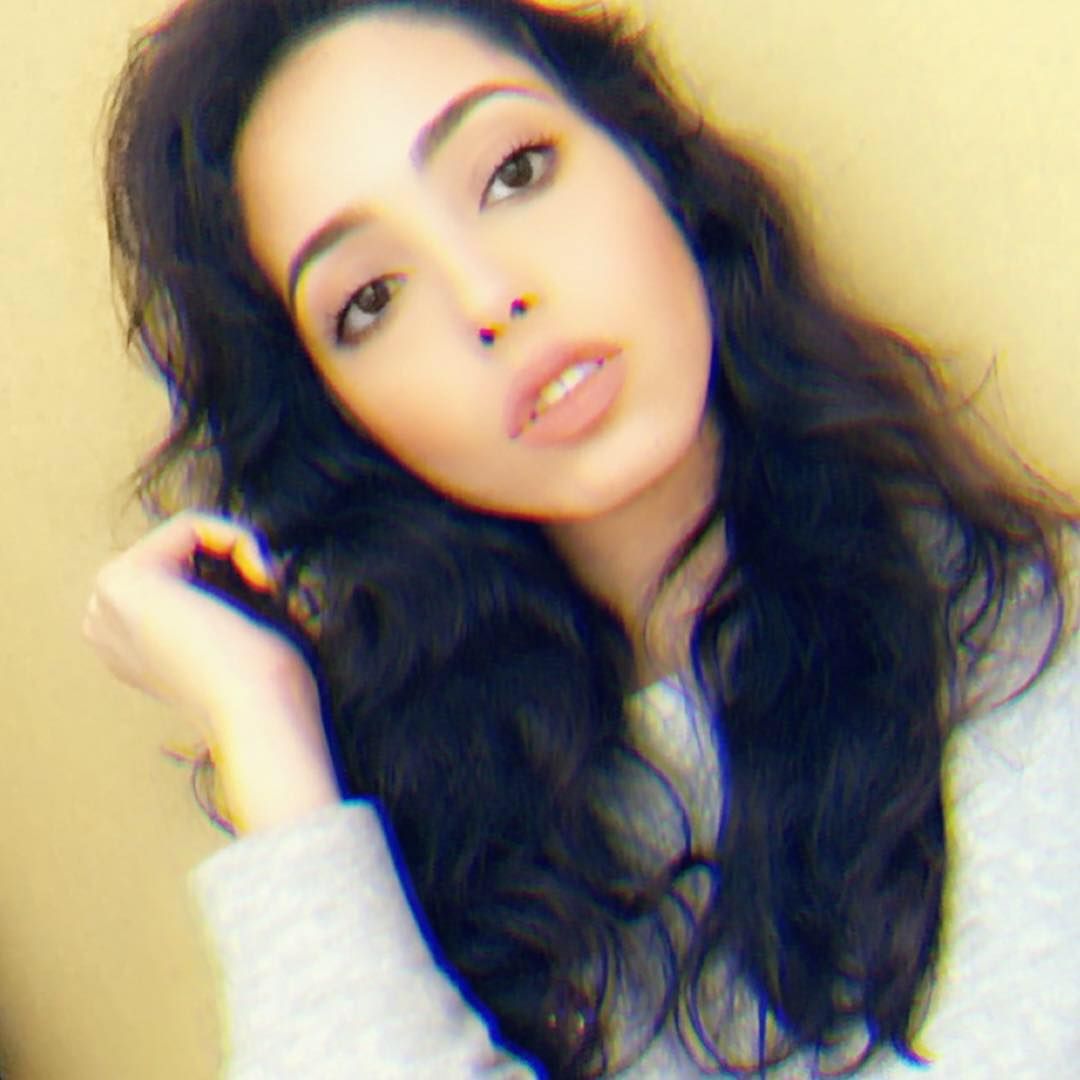 The right of autonomy of pregnant women with capacity should not be compromised by the projected believes of the religious. The issue of a abortion is a political one, not a medical one, and politics is heavily dictated by religion in majority conservative states. 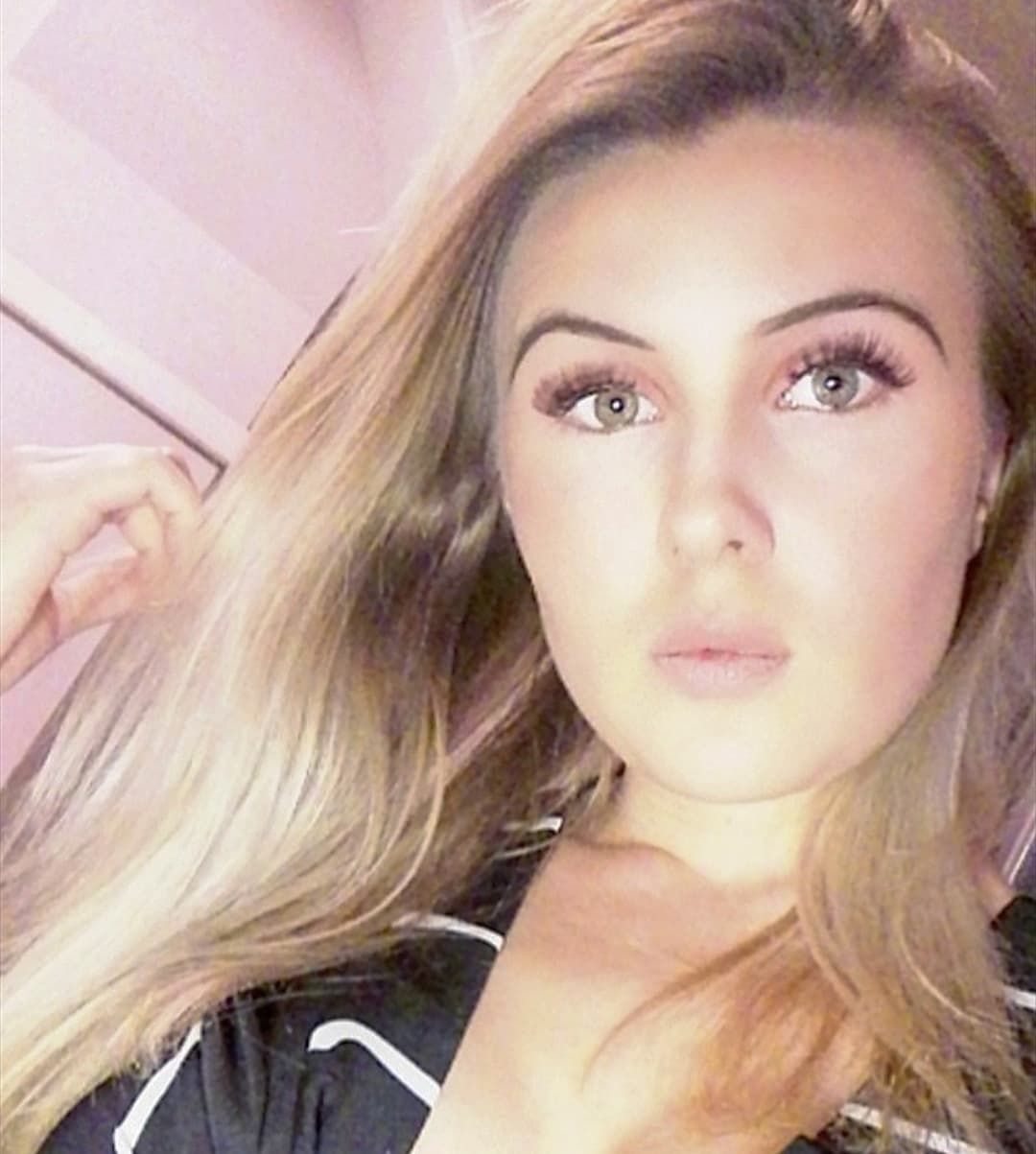 This is a woman's individual choice that these men have controlled only to humiliate those who's consequence of being pregnant had to involve also the act of a man, who is not punished.

As a women studying in the petroleum industry, which is a heavily male dominated society, I stand for independence of my body. It is the woman's choice, you can't categorise all women into a decision made by men, who have never or will never make that decision.

Keep your filthy laws off my silky drawers. 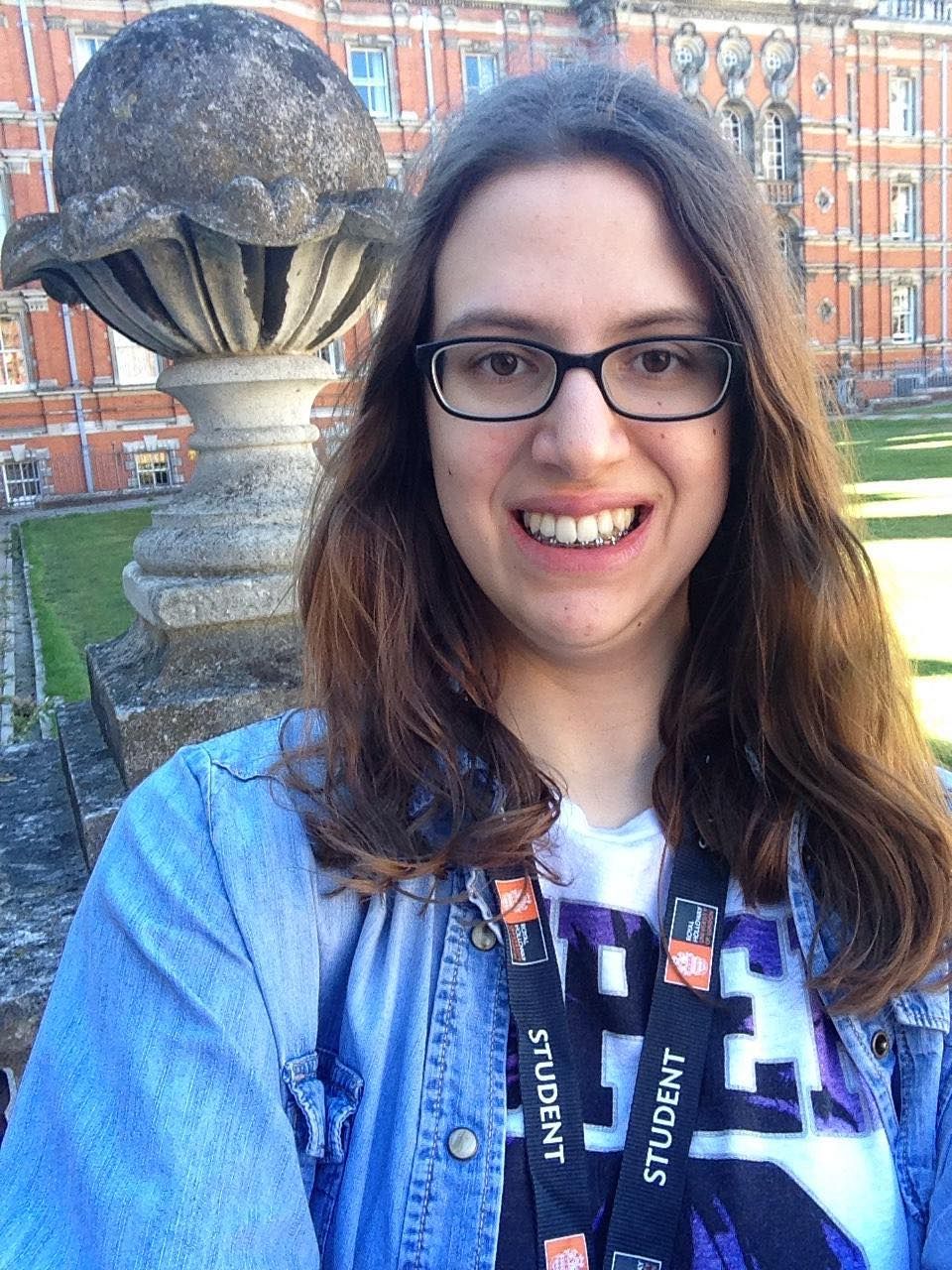 I think that it is a very ill thought through law mainly because it goes against the Universal Declaration of Human Rights.

I think with abortion laws the people who should have a say are the people who have perhaps had abortions or been in that position, people who have never been in that position how can they make a decision about whether that is right or wrong? Men's opinions are useful but it should be up to women as they are the only gender who can give life and the only gender to go through this process so why they shouldn’t have the major control over this decision I don’t really know.

I personally agree and disagree, I do not agree with abortion in most instances and think that today’s culture has normalised it to present the foetus as an object not a human. I think that there has been a lack of compassion in the bill and was passed by men who did not give full consideration to all scenarios and could have had an awful lot more sympathy, empathy and understanding.

As a man I am appalled by the saying “no uterus no opinion”. As someone who can create life I very much should have a say, men are not just a packet of seeds that you can buy and then throw out.

In the past women have suffered incredibly and thankfully our society has and is battling for better and more inclusive rights. In a society of fairness a middle ground should be reached where it’s the opinions of humans. Men’s opinion are not more important than women’s, women’s opinions are not more important than men’s. The opinion isn’t gendered.

I feel it's relevant to mention that in the debate on abortion I have no aim to limit rights over a woman’s body. I seek to preserve lives and futures of the unborn. I am not a bad person and am saddened by the way society treats those with a different opinion especially in this issue. The main thing I wish to say is that it is a complex issue and those who are against abortion are not bad people so it’s time to stop the media hate train and attempts to silence us. I am sick of living in fear of voicing my opinion, it is as valid as anyone’s who supports abortion, everyone deserves respect.