Israel had to be relabelled

Offensive messages left on the map wallpaper of Imagine last week have now been covered up by staff.

Whilst cleaning up the tables a member of staff found an antisemitic message reading "F*** Israel" scribbled on the world map wallpaper.

Staff at Imagine told The Royal Holloway Tab that the incident occurred late at night when the cafe was nearly deserted. They immediately contacted security, who cleaned it up in less than 24 hours. 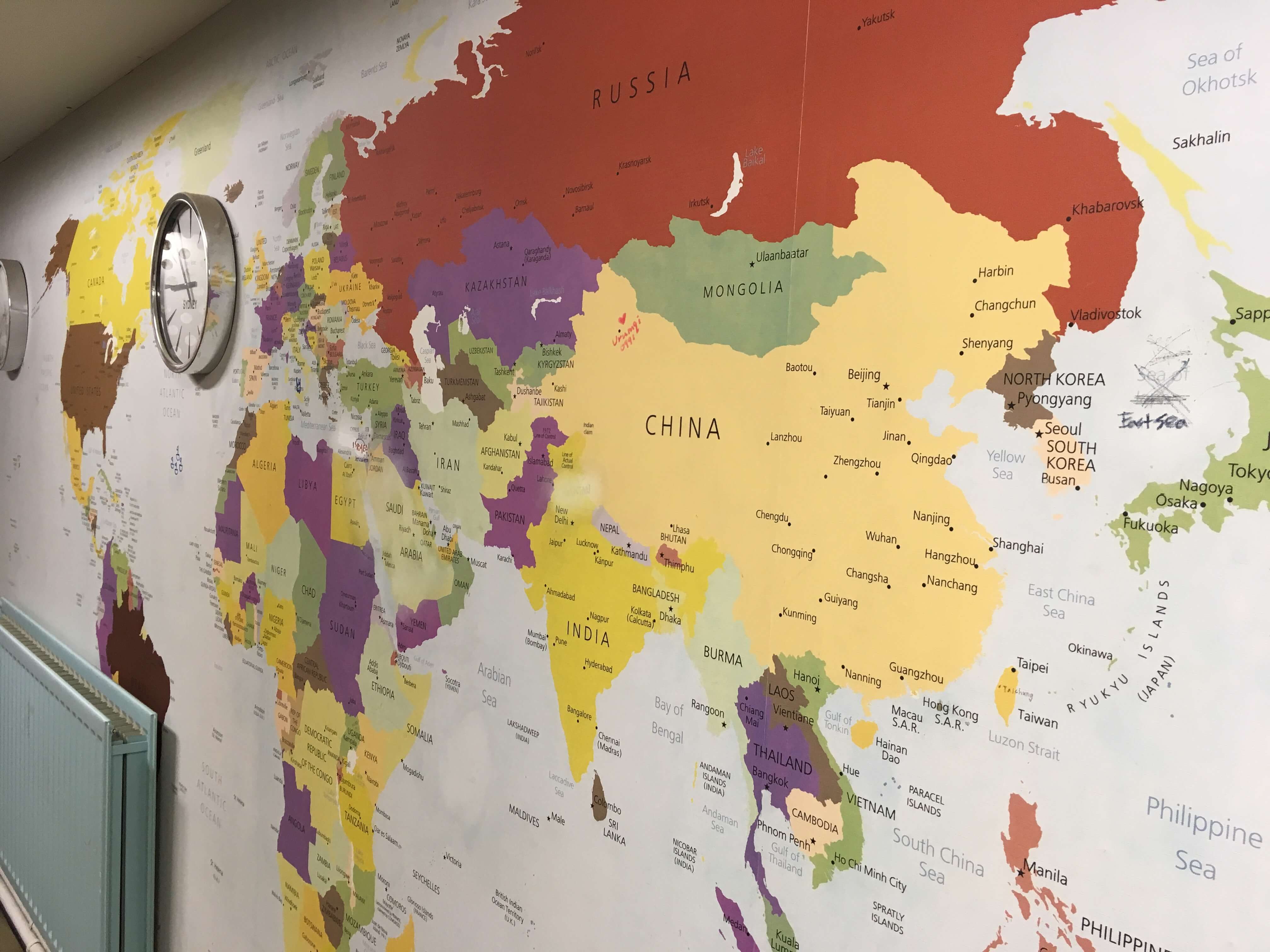 As a result, the section of the map has partially faded, and part of the message had to be Tipp-exed over in order for "Israel" to be relabelled on the map.

Imagine is known for its cultural and international atmosphere where students from all backgrounds, ethnicities and sexualities can enjoy coffee or bubble tea. The map and whiteboards are regulated to ensure that offensive messages are removed should they be written. 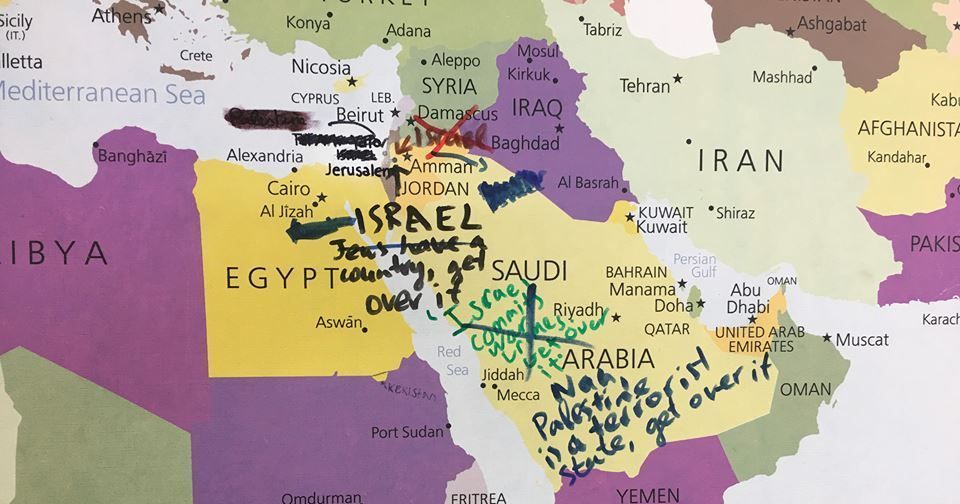 A member of staff told The Royal Holloway Tab that since the incident, staff have been checking the map and whiteboards more regularly around Imagine whilst cleaning up the tables.

They said: "The whiteboards and map are spaces for students to doodle and write down their thoughts, and is in no way a space for people to write offensive and hateful comments.

"We condemn this behaviour on campus because it is such a diverse community and students should feel that this is a safe space on campus.

"If at any point you witness or feel you are a victim of any instance of racism, harassment or discrimination we strongly encourage you to report this to [email protected] or Campus Security on 01784 443888."