It took three days to complete

Royal Holloway’s new library has been an extensive project, with building officially commencing in January 2015 and predicted to be completed by Autumn this year. The recently named Emily Wilding Davison Library will honour her role as both a famous suffragette, and as a Royal Holloway alumna. Tours of the site took place on campus last week, and with the Library’s construction well under way, the completion date draws closer and is eagerly anticipated.

Adam Fisher, an artist from Windsor, has completed a mural to commemorate the opening of the new library. Adam’s five metre by one and a half metre mural reportedly took three days to create, and was the biggest challenge he has faced. The mural features images of our iconic Founder’s building, alongside the new library. 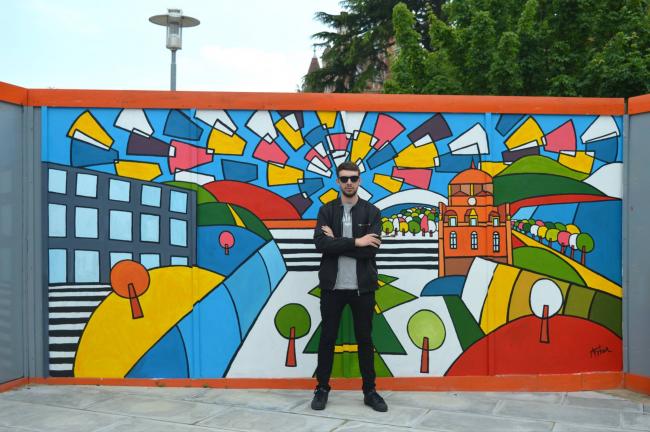 Adam works in Staines, and some of his paintings will be displayed in the Windsor Firestation Art Centre from March 12th-April 23rd. By creating the mural, he has made his mark on Royal Holloway’s campus and contributed to the history of the Emily Wilding Davison Library.