‘Pet a Jellyfish’ is back, and it’s still a hoax

Students have stated their interest on Facebook already with multiple posts on the group page, including one reading, “Do we need to bring our own jellyfish or will they be provided?”. 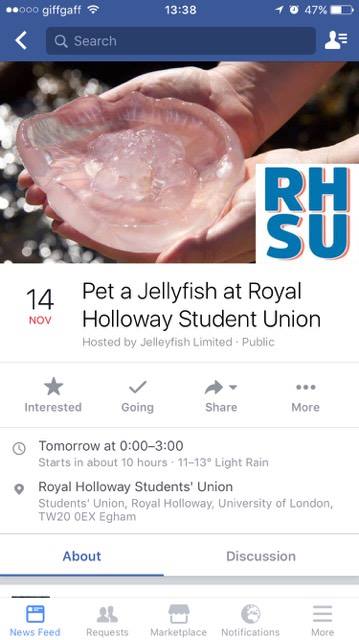 The event description is as follows: “November is one of the most demanding months at Royal Holloway. That is why Royal Holloway Student Union represents: Jellyfish therapy. Come and pet our jellyfish imported from Lebanon. Be early! Last year there was a long queue.”

The event has sparked a counter-event in protection of the fictional jellyfish, encouraging students to gather tomorrow to protest against the “animal abuse” apparently committed by RHUL. The page reads, “We are here to help the defenceless sea-animals. Come and show your support at 12.PM outside the student union.”. 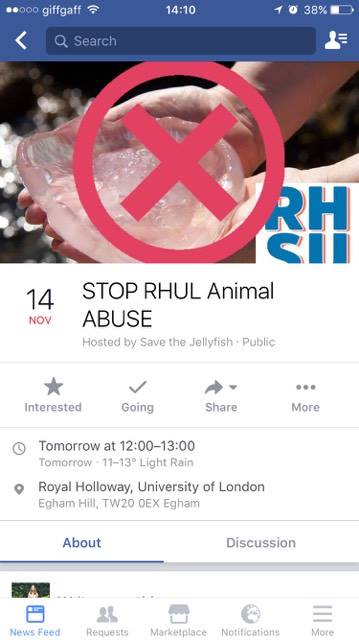 This prank was also played last year and resulted in groups of confused students turning up to the SU, asking equally confused staff members where they could pet said jellyfish. You know where to go if you want some amusement tomorrow.