A neo-Nazi protest is taking place at RHUL this weekend

The RVF (Racial Volunteer Force) will be holding a protest at Royal Holloway this Saturday, and The Tab has been informed that a counter demonstration against them will also be taking place from 2-4pm.

The counter protest was organised as a result of the organisers discovering an online forum created by the RVF, which included many offensive and racist articles, and in which they detail their plans for the protest on campus. The RVF has sparked controversy in the past, after they had a number of their members imprisoned after distributing a magazine which informed readers how to correctly create a nail bomb.

After hearing news that two cleaners working at Royal Holloway were fired for attending an anti-Semitic demonstration in London, the organisers of the RVF protest at Royal Holloway argued against their dismissal. However, the organisers of the counter protest have reason to believe that the university did not fire the two employees, but had them relocated to another university instead. 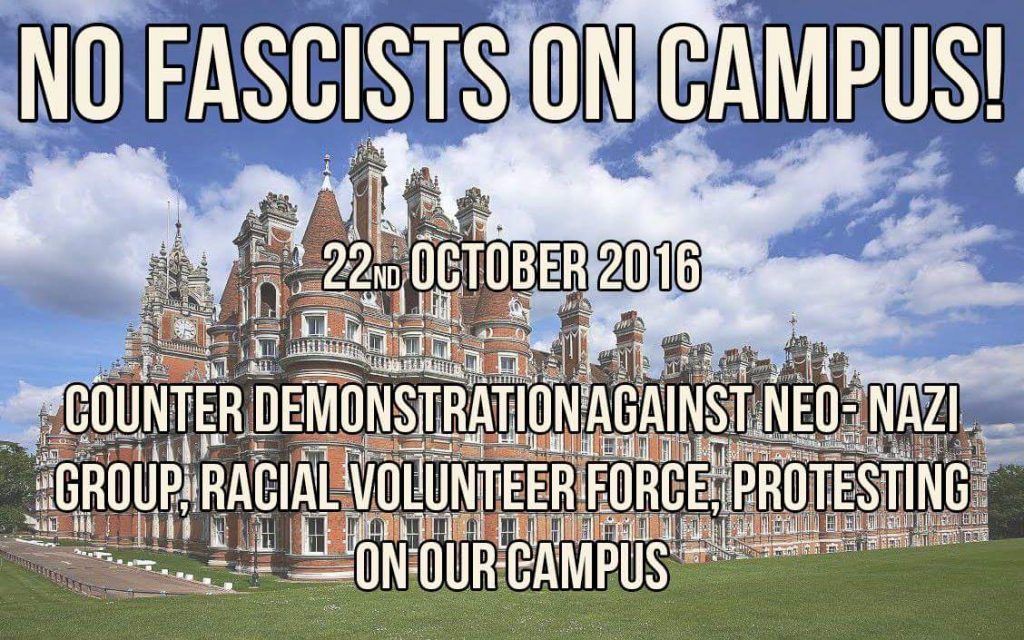 The RVF have claimed that there will be speakers at the protest – which will take place by the front gates – and which the counter protest seeks to disrupt. They have encouraged as many people to join in the protest as possible, to fight back against the RVF’s blatant displays of fascism.