Gossip Girl$: Dressing like Blair and Serena on a budget

It doesn’t look as good when it’s high street

Everyone who’s watched Gossip Girl has undoubtedly felt a twinge of wardrobe envy at some point. We decided to see if we could recreate these same looks but on a student budget. Our parents haven’t been through eight divorces so they can’t move around a few million bucks for our trust funds.

But when we went through the seasons to choose outfits for the article we found ourselves questioning: are their outfits even that nice? The dresses for the all the balls, society galas and debuts are definitely the highlights of their fashion choices. Apart from that they just wore a lot of yellow.

Their iconic outfits certainly didn’t have the same impact when we recreated them…Not everyone can pull off a headband. 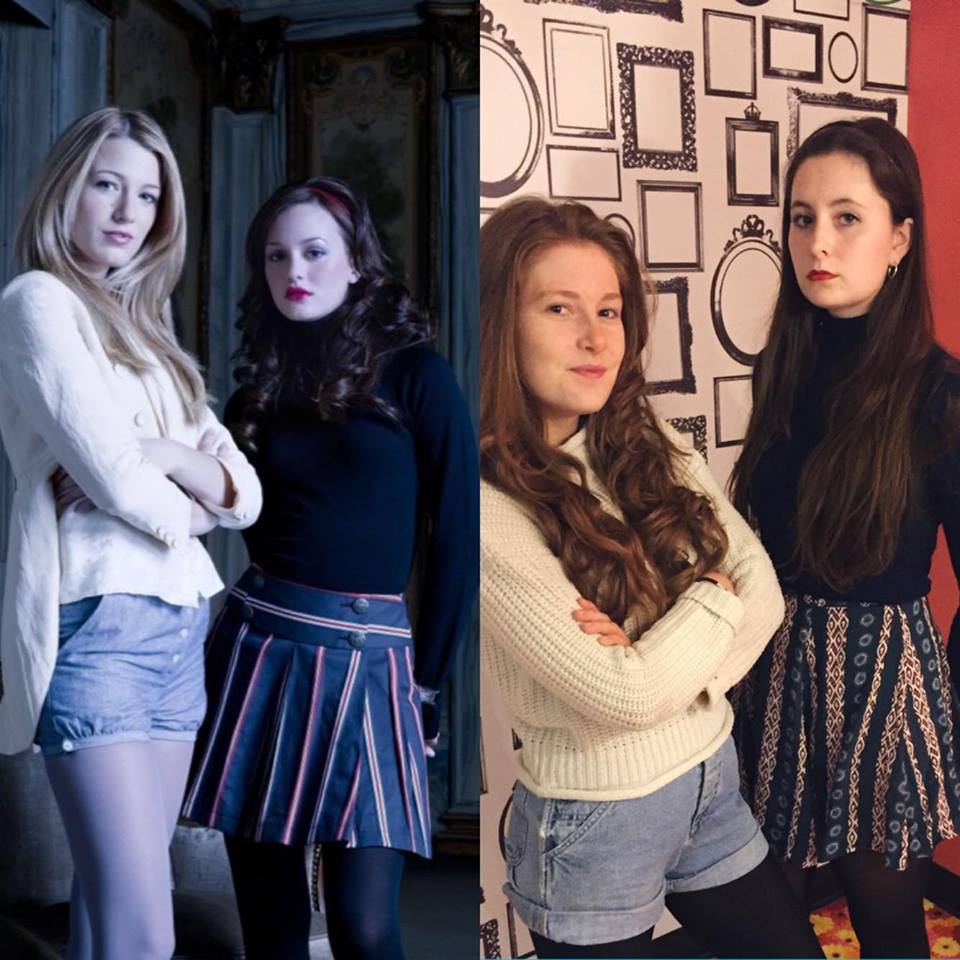 OK so our outfits were more New Look than Waldorf Designs, but come on, what has Serena got on? Those shorts are practically Shakespearean. Only someone with keys to the Drama and Theatre department could have made that look work. 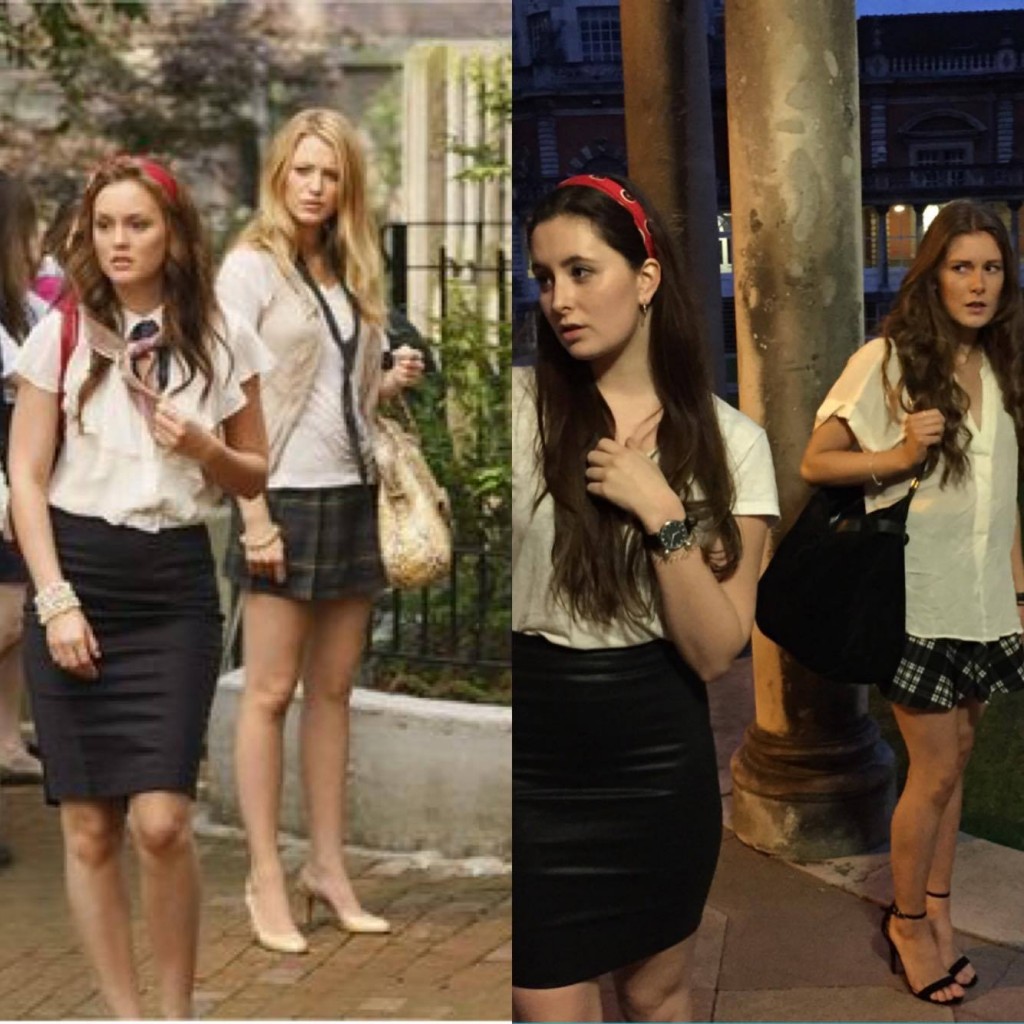 When you see someone wearing one of Lil J’s designs

Did they seriously wear this to school? Clearly our unironed shirts are a sign that we need our very own Dorota in our lives. Plus Blair, babes, bandanas are so 2005. 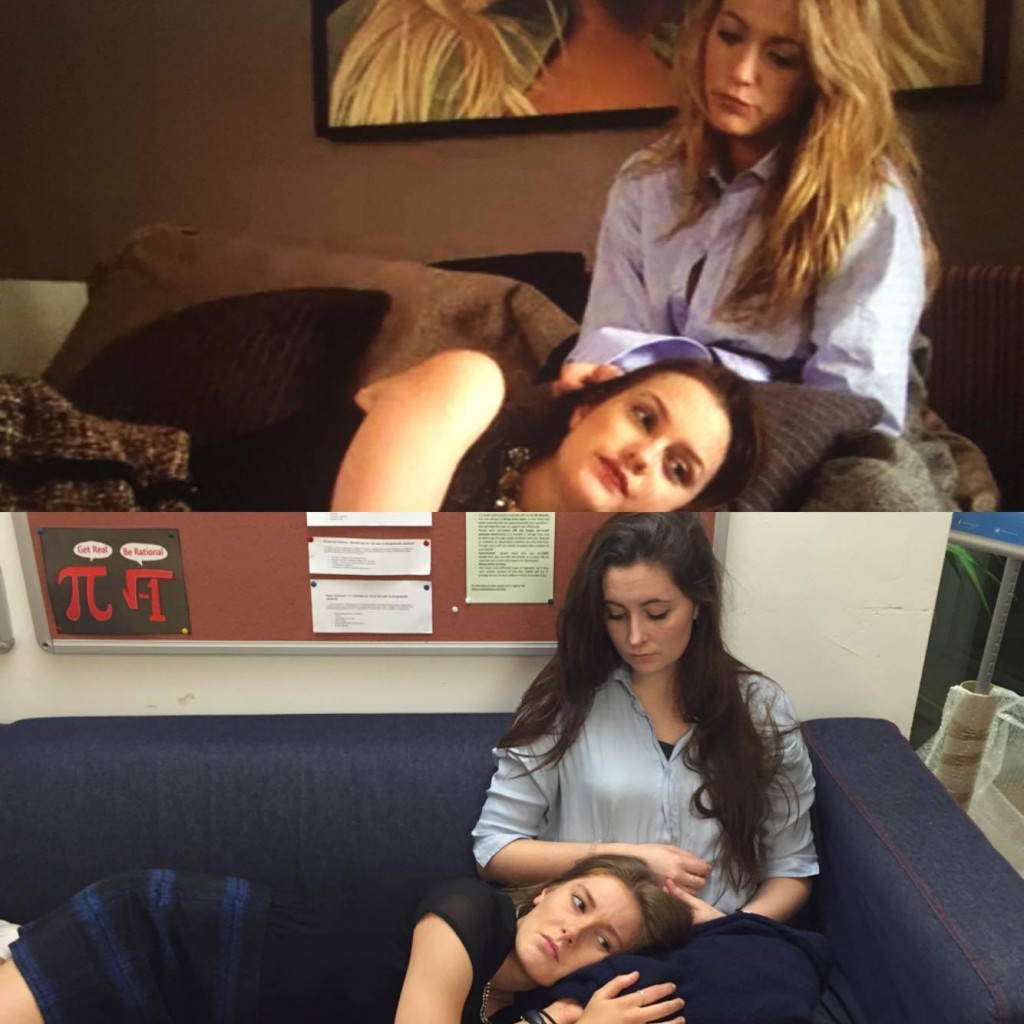 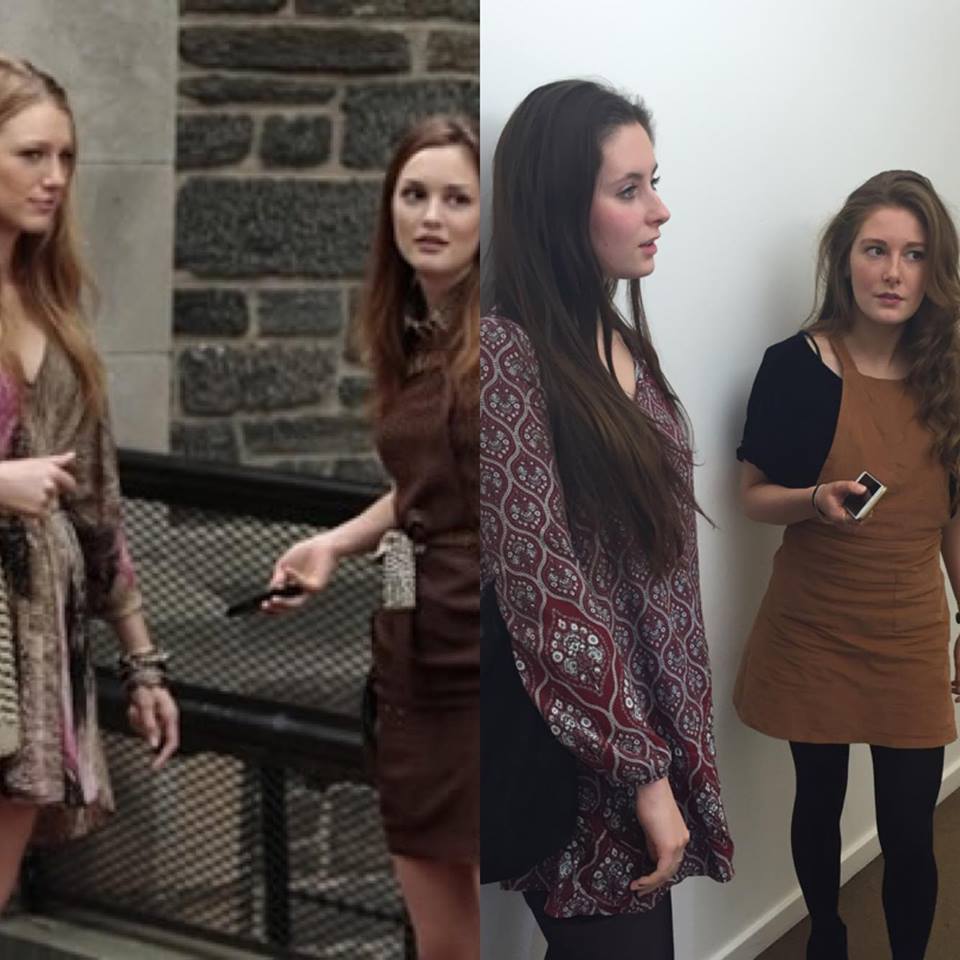 When you see Nelly Yuki without her glasses on

So we did have the more boho looks that the newfound artsy area, Brooklyn, probably inspired in B&S. Although, the pinafore is definitely from Primark and cost £8, unlike Blair’s, which was probably from Barneys and cost upwards of eight grand. Also it’s way too fucking cold to have our legs out all day every day, so we went with tights on this one. 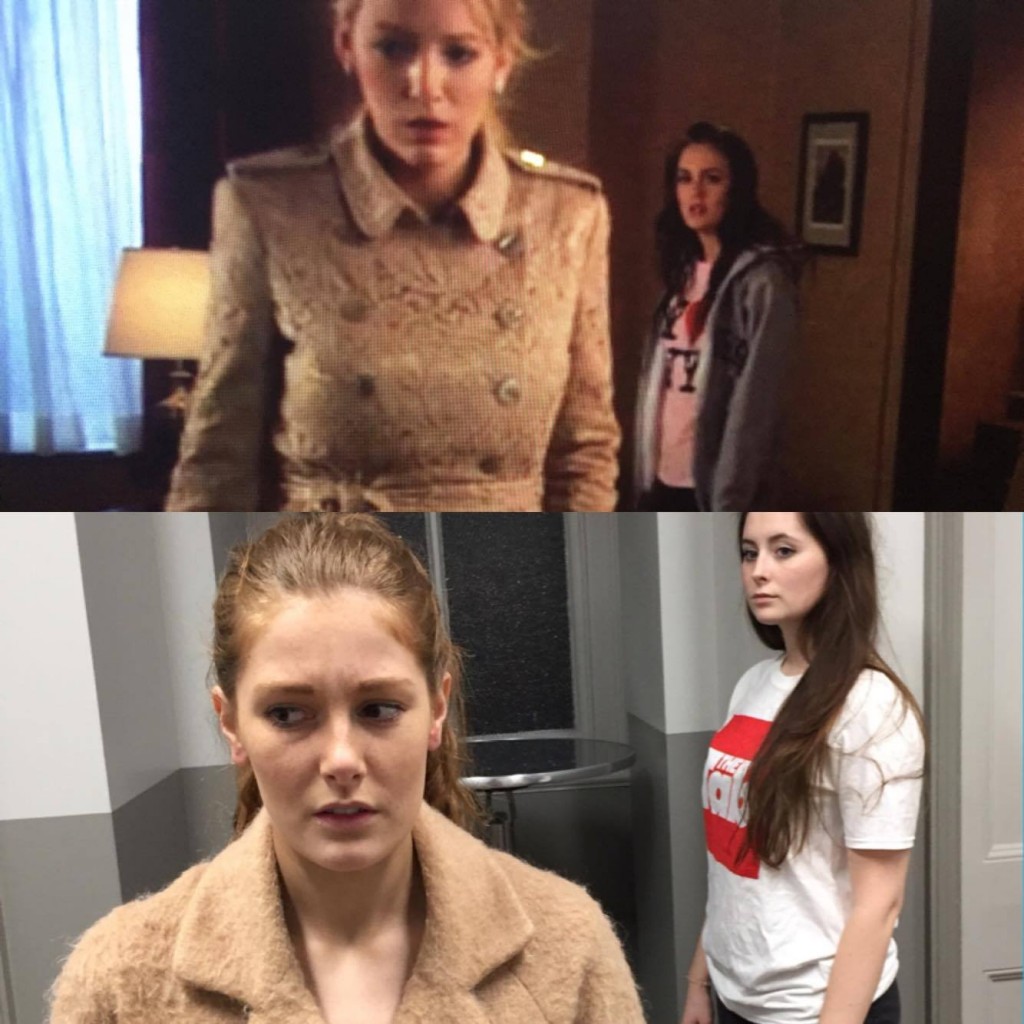 This outfit we did have, minus the gold-encrusted coat obviously.  We swapped out NY’s most sought-after top for the UKs. 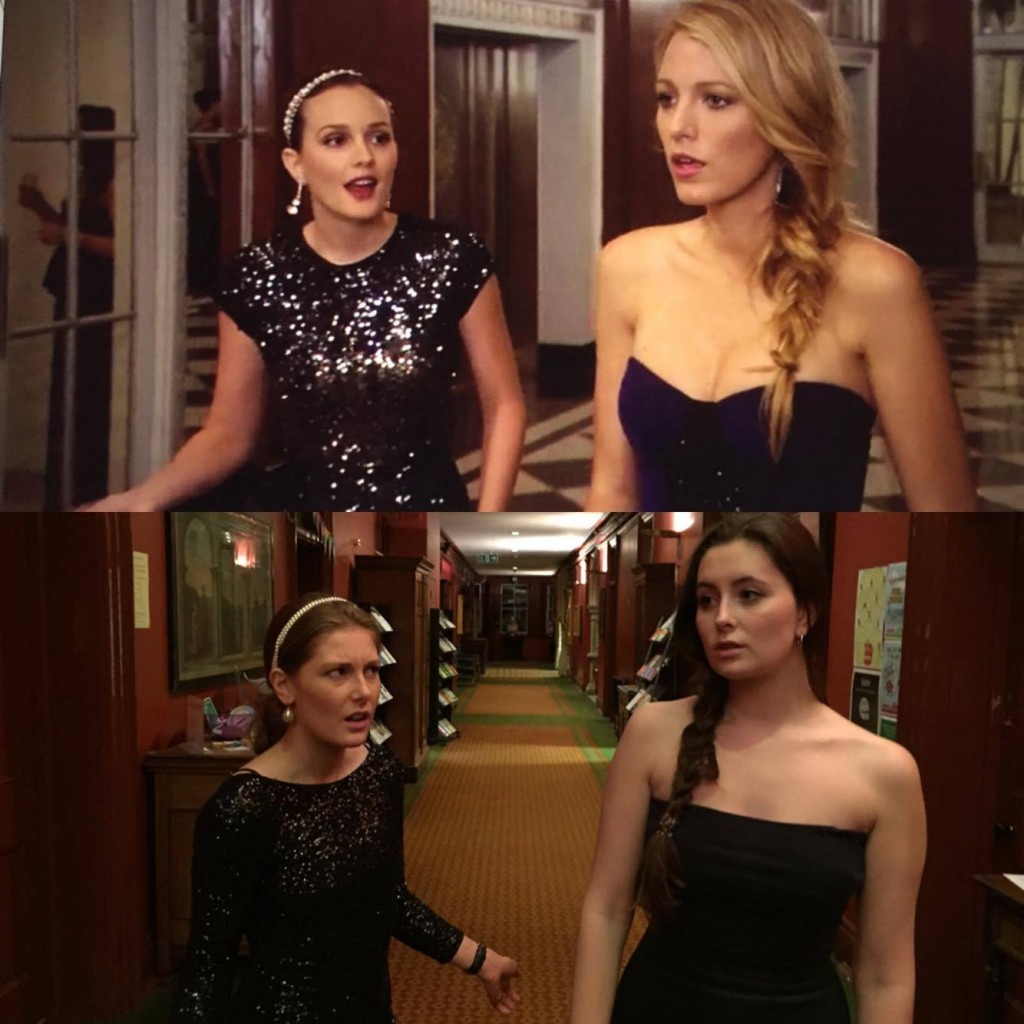 Blair’s dress was probably made of diamonds, not sequins, and Serena’s dress probably wasn’t a bardot with the sleeves tucked in the body. 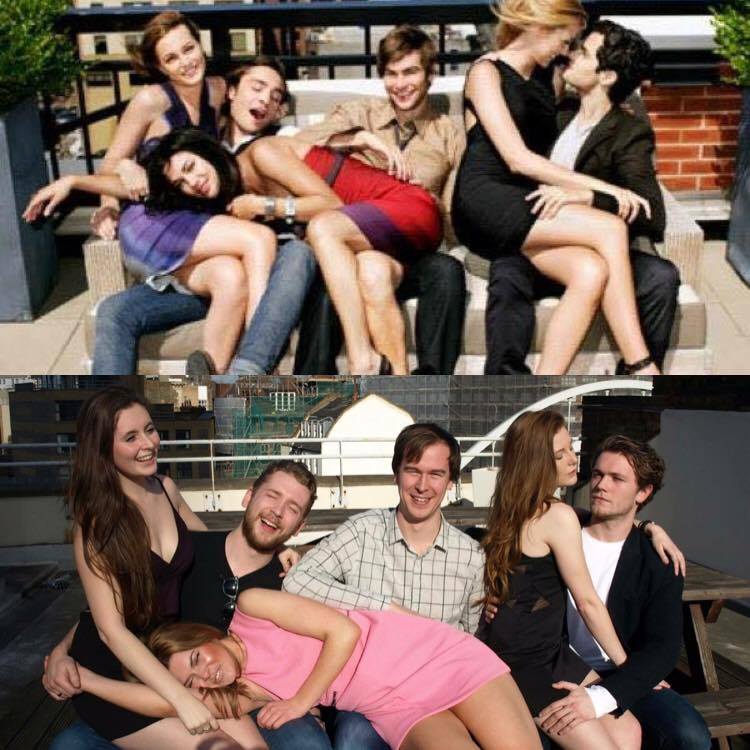 To finish, we met up with the rest of the cast in Shoreditch, which is technically the Upper East Side of the river, right?

To second years: This is how you write a dissertation, by third years