One of them ended up in a Margaret Thatcher drag show

Reading University Drama Society (RUDS) recently took a show to the Edinburgh Fringe Festival. It was an exciting trip for everyone involved and they all came back exhausted but incredibly exhilarated.

The Tab caught up with one of the actors, Jess Davies, when she arrived back in Reading.

Hi Jess, tell us a little bit about the RUDS show and the character you played?

The play was a 1960’s take on Moliere’s hilarious classic, Tartuffe, who is lodging with the honest Orgon and his family. Orgon is so infatuated with Tartuffe that he’s actually blind to Tartuffe’s true, rather less virtuous ways. His family however sees Tartuffe for for the man he is, and have a tough time convincing Orgon otherwise. I played the role of Madame Pernelle, Orgon’s battleaxe mother and matriarch of the family. 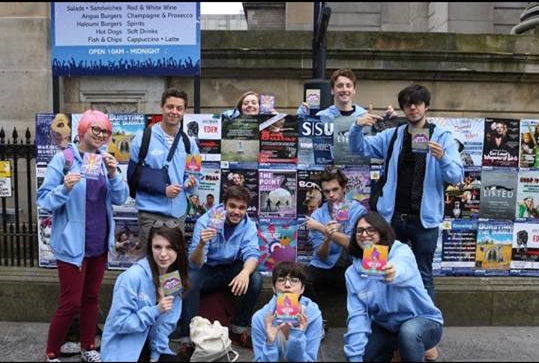 So, what were your first impressions of Edinburgh?

Utterly stunning. The architecture there is so beautiful and gothic. I have been to Edinburgh before, but being there during the Fringe is an entirely different experience. The royal mile becomes a theatre. Everywhere you turn you are greeted with a different costume, a different character, and a different opportunity to witness something magical. 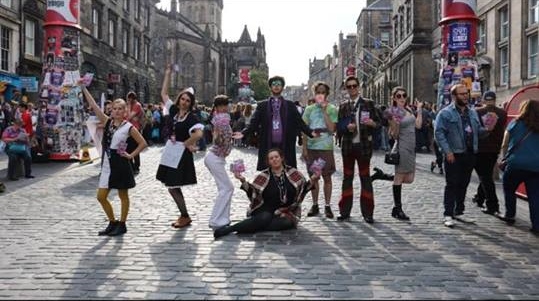 magic on the streets of Edinburgh (photo courtesy of George Ormisher)

Did you see any other shows while you were there, and if so, which was your favourite?

Yes, I saw several. It’s impossible to go to the Fringe and not see good theatre. For me, the highlight was the renowned ‘Shit Faced Shakespeare’. The company performs a Shakespearian play with the hilarious addition of a drunken cast member. I never thought I’d see ‘Measure for Measure’ with a rat arsed villain.

What was your most surreal Edinburgh moment?

Being called up from the audience to take part in a Margaret Thatcher drag show was fairly insane. It was hilarious, the whole way through the production I was warned that audience members near the front would be called up – something I was adamant would not be happening – and then all of a sudden I found myself running around the stage to the tune of the Crystal Maze, taking part in a ‘reverse the effects of Brexit’ assault course. Also, witnessing the sunrise on top of Arthur’s Seat after a considerable amount of alcohol was rather surreal but an incredible moment. 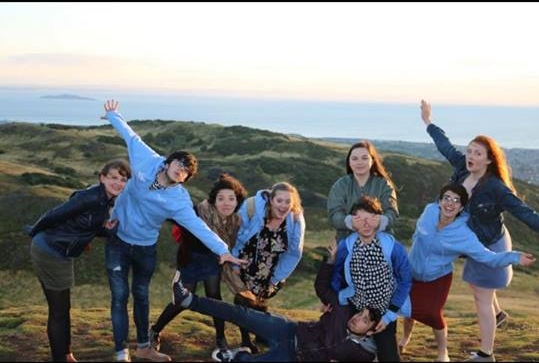 What would you say to someone who was considering visiting the Fringe for the first time?

Just do it! It was an experience of a lifetime and I can’t wait to go again!

You can find out more about RUDS and everything they’ve got going on by following The RUDS Facebook page.