Dirty Disco at the Astoria, is famous for its cheap £1.50 drink deals and steamy live fire acts and of course, the Dirty Disco hosts and hostesses. Recently the company has introduced new faces to the team… 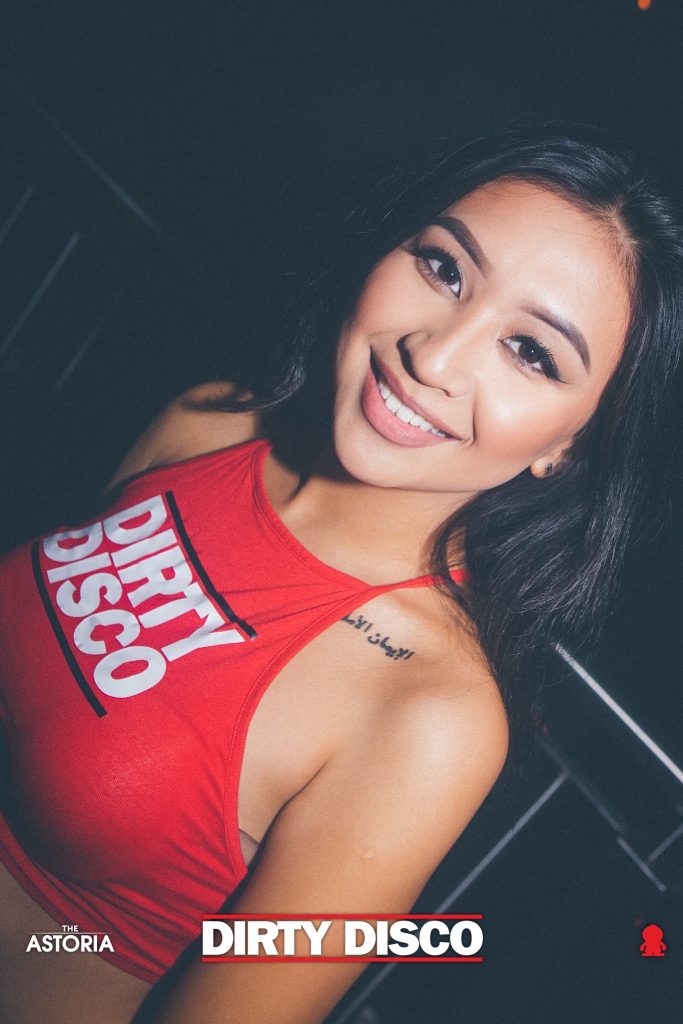 “I am pretty geeky, love anything from Lord of the Rings to Star Wars. I can also play the piano!”

When asked why she enjoys working for the company she simply replied, “I love meeting fun and lovely people!” 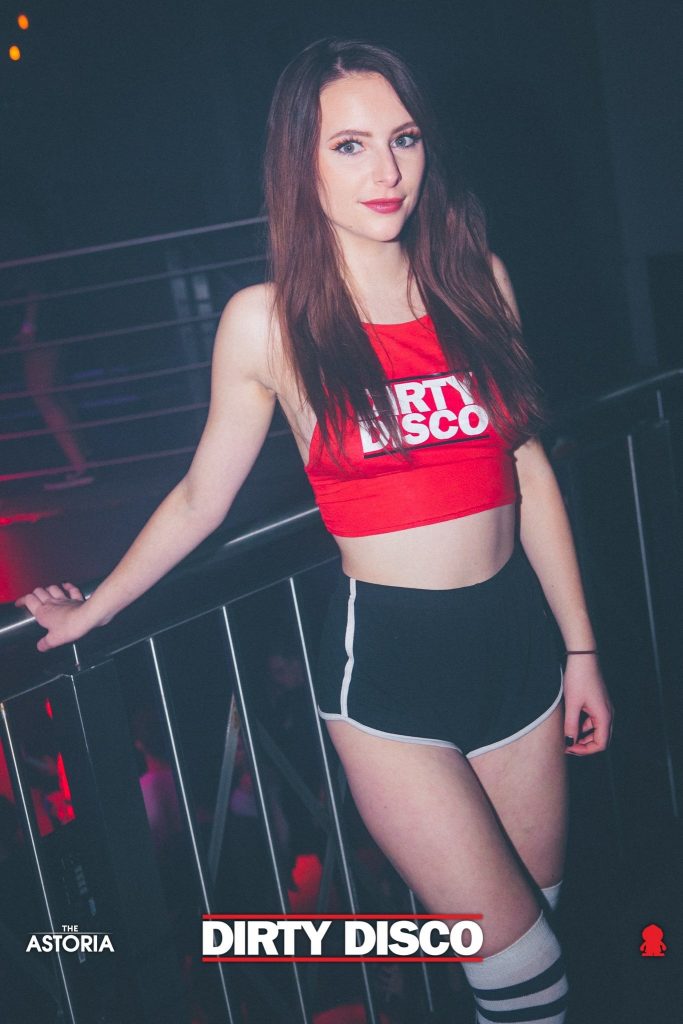 Kristina is a third year Marketing student and joined the Dirty Disco team in September. After university, she hopes to work in advertising, especially working to campaign to promote body confidence in young adults through fashion and beauty.

She said, “This is an area that has affected myself and lot of people who are close to me”.

She also likes to sing and cook in her free time which she says allows her to connect with other people and express herself. She stated, “DD has helped me to embrace myself for who I am and I’ve found my confidence and independence has skyrocketed since working there!” 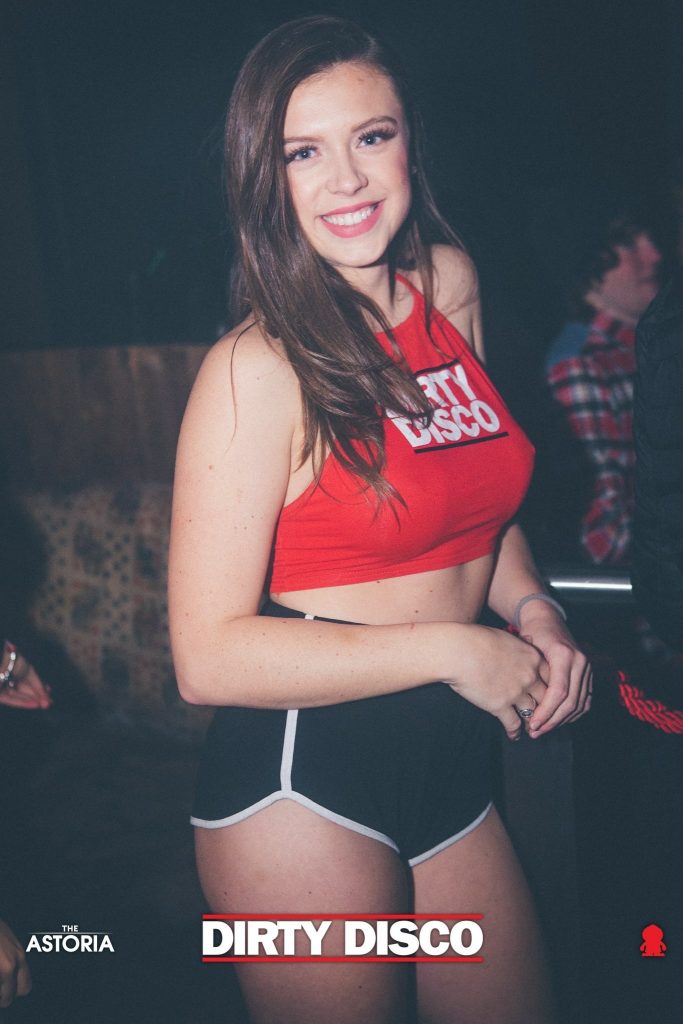 Elle is a third year Acting for Film student at the University of Chichester and joined the Dirty Disco family in September. After university, she hopes to work within the TV and film industry. “Its my aspiration because I have always loved acting…I’ve been performing since the age of 3. What I love about acting is how I can move an audience member into feeling certain emotions”

Since being at Chichester, Elle has participated in various University films and joined relevant agencies but since being in her final year, she is concentrated on her studies.

When asked what she likes about Dirty Disco she replied, “I love doing Dirty Disco because it has given me the confidence and I love working within a little family!

I am currently in my second year, studying American Studies. I have been working for Dirty Disco for over a year now and I love every minute of it!

In the future, I hope to work within the media (I haven’t decided what yet exactly!), expand my blogging channel and travel the world. I am passionate about American literature and film/musicals and hope use my knowledge of both in my future career.

What do I love most about Dirty Disco? I love the people who I work with and I enjoy jamming out to the hits on the dance floor! 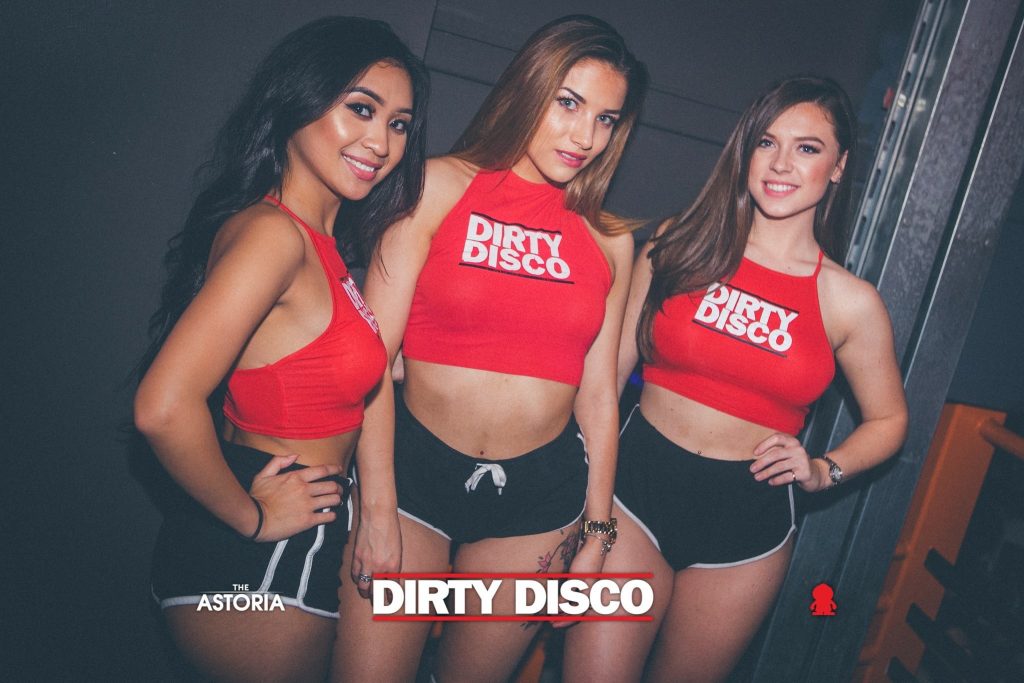