It’s not for the faint hearted

Recently, Portsmouth got its very own live scare attraction, yes, it’s that giant gazebo in the middle of Gunwharf Quays. Deciding to give it a go, I went along on Saturday night.

Even in the queue I saw people running out screaming, the faint sound of a chainsaw behind them. This was the first of many times I asked myself, a person who avoids scary films at all costs, what had I got myself in for.

Torment is set up to resemble an old mansion now filled with demons who haunt its passageways, which you must navigate in a small group. The storm that night really enhanced the idea of being the lost soul who stumbles across a house in the middle of the night and attempts refuge. Before finding themselves terrified. 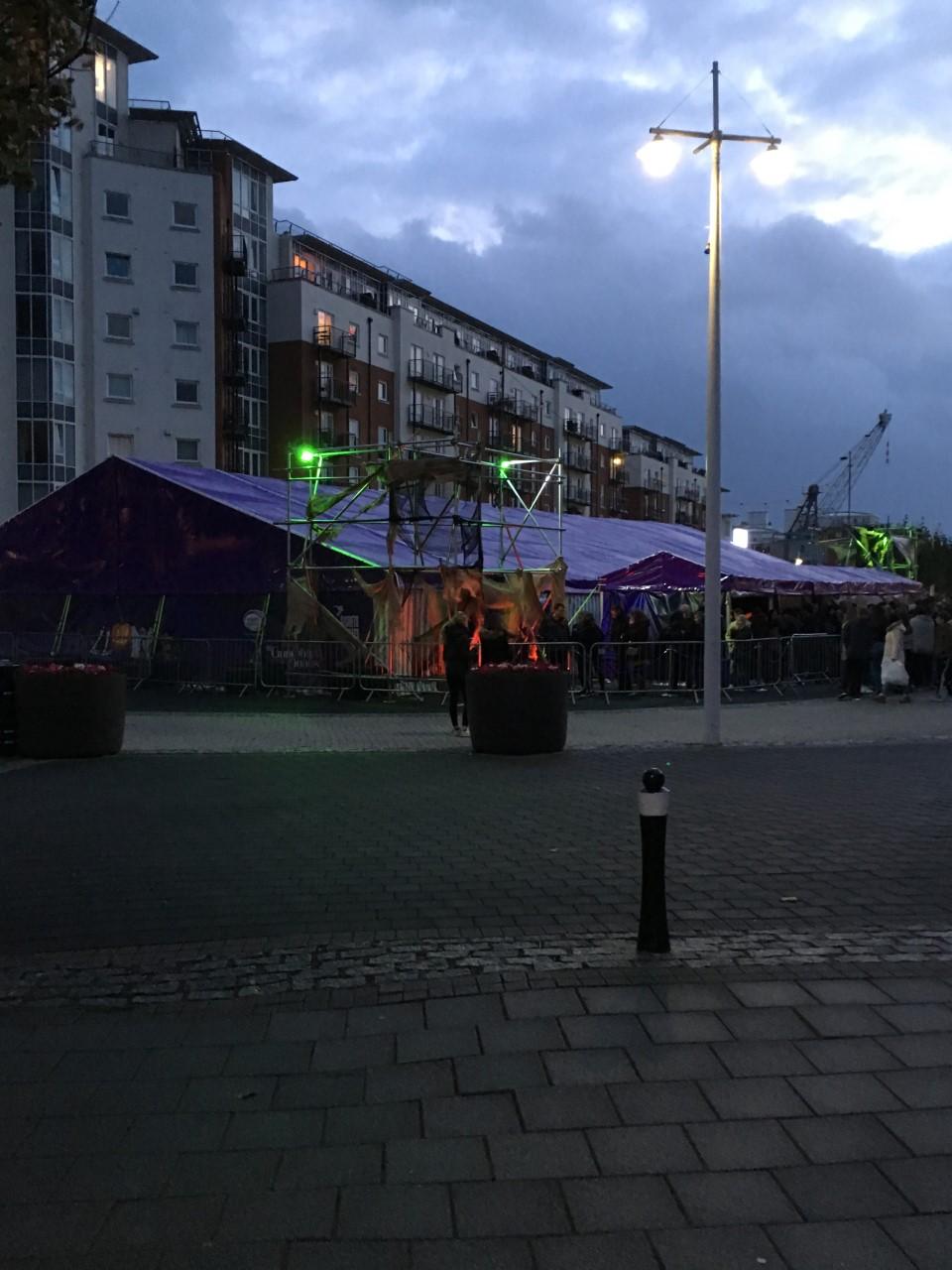 Many people were ready to enter despite the weather.

Starting off in a pitch-black crawl space to reach the main experience got me rather tense. The screams of people ahead cut the silence of the tunnel, acting as a helpful reminder of what I was entering.

Leaving the tunnel, we were suddenly walking through the mansion hallways. With actors unexpectedly flying up at us from all directions, whilst others in period costume blocked our way and got uncomfortably close. I found myself gripping my friend’s shoulders the whole way.

When the group is directed to follow a rope round, I became suspicious of where it would lead. These times of respite for some allow my agitation to build up- making me jump twice as high later.

Perhaps the downside to my experience was that at least three groups found ourselves in a long trail walking through the final stages of the experience. It took away from some of the shocks- having seen them occur just ahead of you. Had there been larger gaps between the groups entrance times this may not have happened. 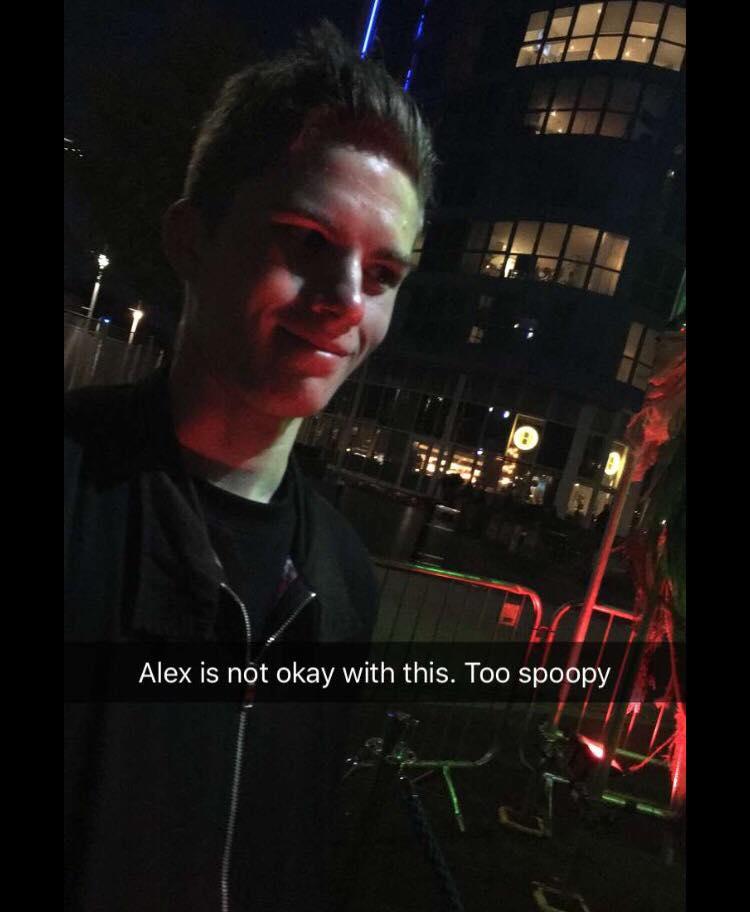 I was clearly not ready for what was to come.

It’s quite amazing how much the attraction holds considering its size from the outside. When we finally reached the end I pushed my friend forward stating ‘No, no, no this is not okay!’ because she wasn’t leaving quite quickly enough for me.

While some people, like me, left in a state of slight terror others left laughing- likely at people like myself for our reaction.

I wouldn’t be able to say I enjoyed the experience but it really got my heart racing and it did scare me to say the least!

So, if you’re up for a thrilling experience or you just find these attractions funny head down to Torment now- it will be open until Sunday 29th October 6pm to 10pm every night. Tickets are available here at just £10.