There has been a large fire in Portsmouth city centre

Smoke could be seen across the city

A caravan fire broke out in Portsmouth city centre late this morning causing plumes of smoke to drift across the city sky.

Hope Street, located in the centre of Portsmouth, was forced to close this afternoon due to the fire, which ripped through a caravan behind Sainsbury's. 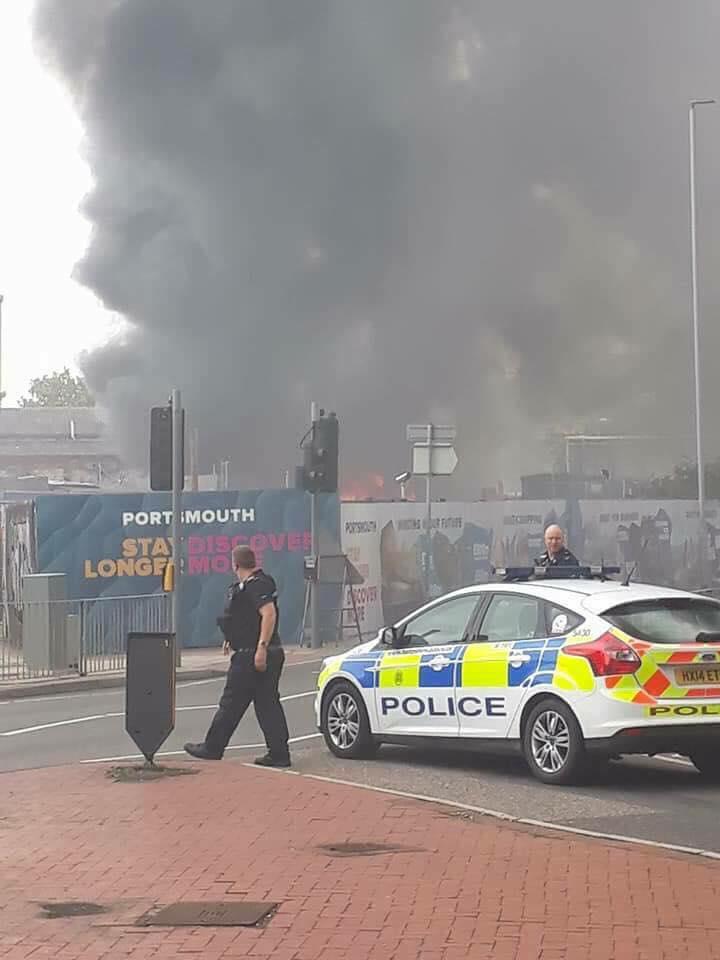 Southsea fire crew received the call at 11:57 am and arrived promptly on the scene.

Two fire engines attended the fire and got it extinguished by 12:40 pm. Thankfully, there have been no reported injuries, and the fire isn't being treated as a serious incident.

A huge fire has started in #Portsmouth city centrehttps://t.co/KAomRNgXY6 pic.twitter.com/3pdaRdcdJp

The fire this afternoon is the third largest fire in Portsmouth within the last year. Seven months ago, Gunwharf Quays was closed off due to a huge blaze roaring through a block of flats about Tesco Express.

Just five months ago, fire crews were once again called to Gunwharf Quays to tackle a second fire in another block of flats, caused by residents leaving on their iron.

Across all three fires in the last year, no one was seriously injured.