So apparently even in your third year at uni, it’s still a novel thing to think about living solely with your partner. That regular guy that stays most nights in your halls, or in your shared uni house doesn’t count, I mean full on – just you and your boyfriend or girlfriend.

People look at me like I’ve grown a second head when I tell them about my living arrangements, I’m in my first year and proud to say that I’ve officially lived with Jack, for six months now and we haven’t murdered each other… yet. In fact I think we’ve even been called ‘adults’. My dad marvelled at us having a cupboard full of loo roll and cleaning essentials. Our moving in party only resulted in two people throwing up and another passing out (result). 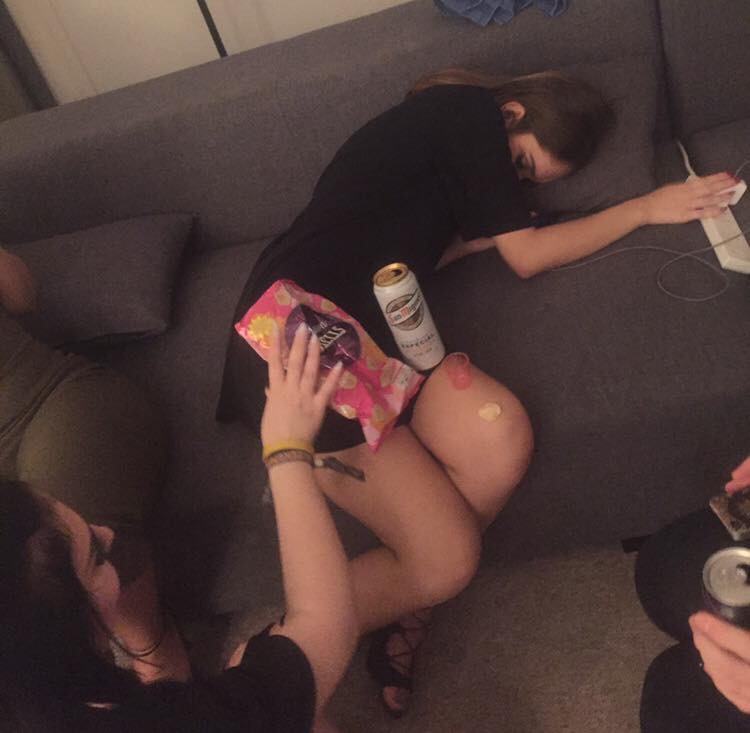 Of course all relationships have their ups and downs, and I’m not being biased – we have our quirks and nark, but I love it and wouldn’t have it any other way. It’s a 24/7 sleepover with your best friend – cringey or what? I’d 100% recommend it to anyone, but obviously if you’ve not yet put a label on it (and by it, I mean Josh from Bateson halls, who occasionally on a Thursday comes over for a casual quick one and maybe a Saturday night if you’re lucky) by all means don’t make the jump too soon.

You want someone who’s equally as bizarre and weird as you are – someone who you can lay beside, laughing at farts and weird bodily functions. Or whilst parked in the seemingly empty library car park, walks towards your car and randomly lifts their shirt as a joke, not realising he’s exposed himself to the maintenance guy sat in his car beside. You’ll never survive without the elements of fun and stupidity. 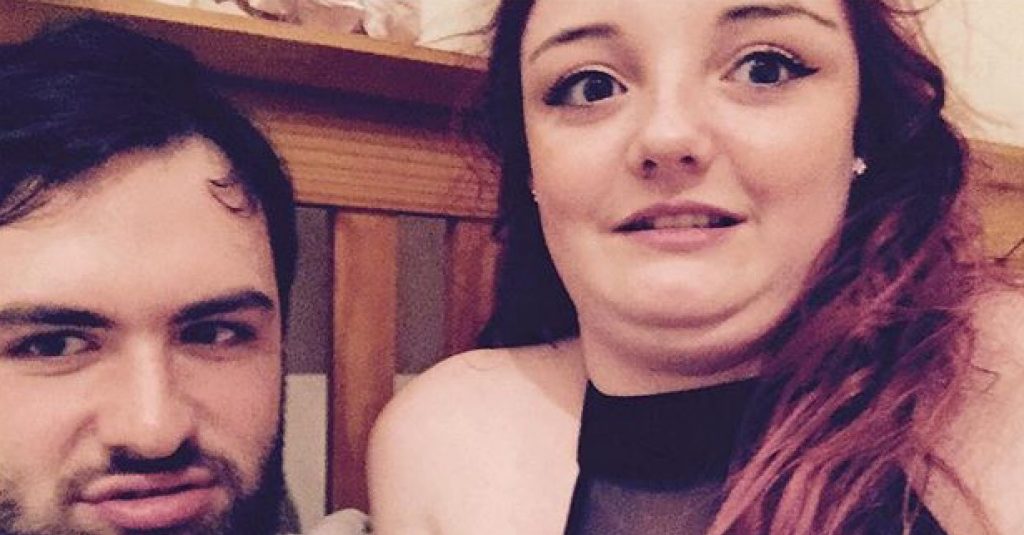 I think our friends are still a bit confused by the fact we’re able to cohabit so easily, but as with everything, there are pros and cons to all of it. One of them again, being the parties, the general consensus is that they’re a bit nicer than being crammed into someone’s shared halls kitchen, with countertops covered in salmonella. No one can tell you to stop, or it’s against the ‘rules’- other than the neighbours, luckily ours are super chill. And we’ve actually been invited round to theirs for drinks? 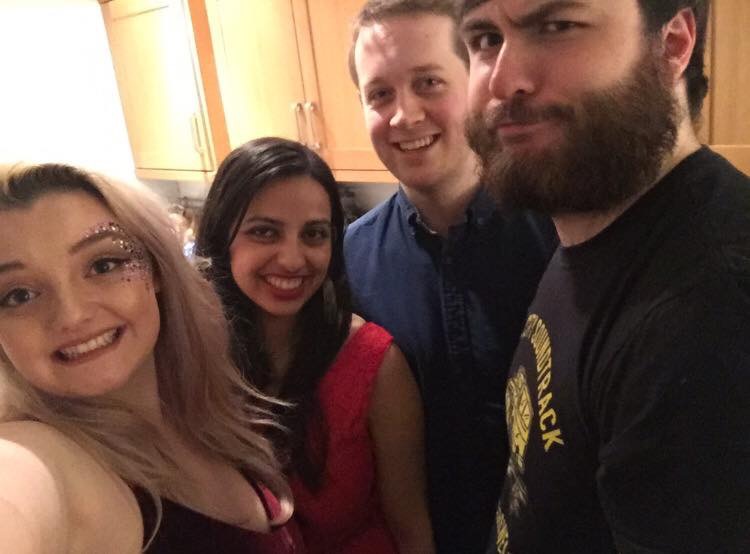 The cons however, for example, on a Friday morning when you have to be in for a 9am, and your alarm goes off. You really don’t need to hear “Or we could have another hour and spoon?”, as hands down it’ll always be what happens. Or at 11pm on a Wednesday when you’re about to hop into bed you’re met with “Or we could stick on the Xbox and play Borderlands?”. Two hours later you’ll be so pumped from the combat and screen time, It’s obvious you won’t be up the next day. That box is the bane of my life. I understand teenage boys addictions now. 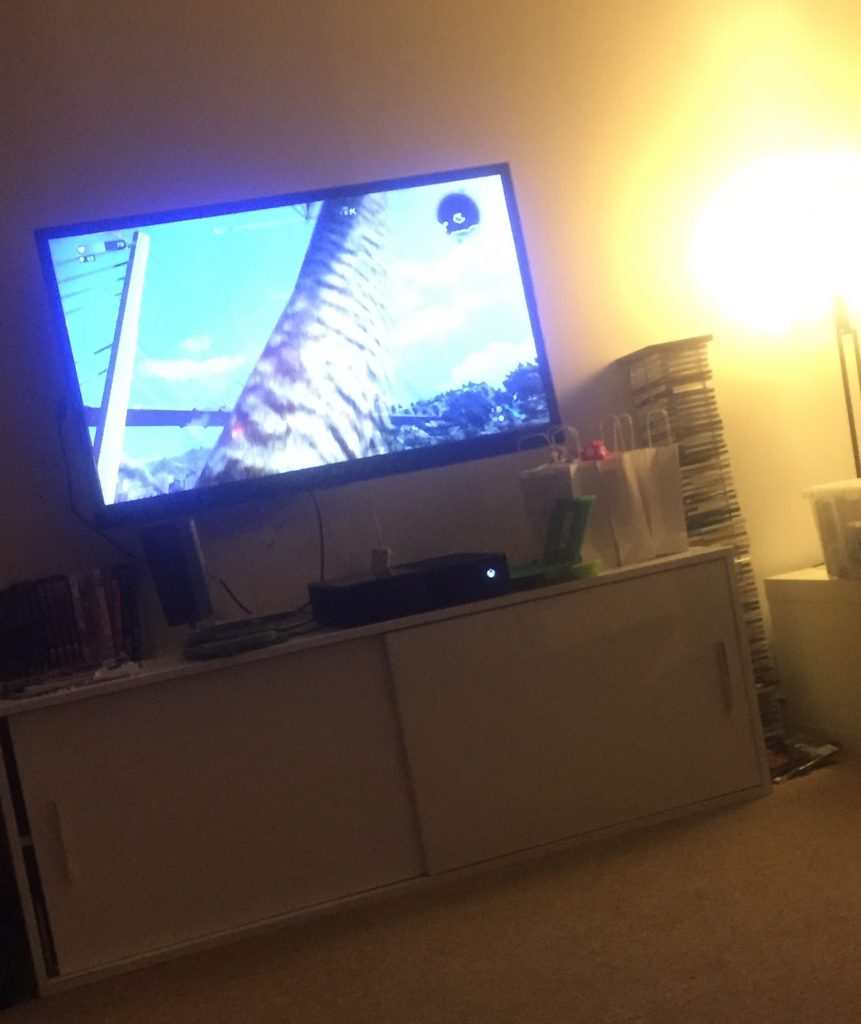 But it’s worth it, when you come in from a hardcore day at uni and you’re greeted by the washing up being done, the clean clothes being hung out and the lounge looking like a bombshell hasn’t hit it?! (I’ve got him well trained).

If it’s been a really stressful day, the deadlines are mounting and you don’t know what to do- to have someone waiting for you at home, waiting to pull you in for a cuddle and to ask you about your day, Its worth it.

I definitely peaked early, I’m going on 21, but I adore nothing more than bouncing around our kitchen and lounge in underwear, singing our heads of to cheesy shit pop, whilst prepping the dinner. I wouldn’t change our life, or him for the world. Even the addition of our kitten, Edie: pets really do make everything wonderfully complicated. She’s a judgey little fuck, that sits there waiting to destroy your cables or work the second you turn your back, but she’s the cutest thing in the world – and the best birthday present ever. 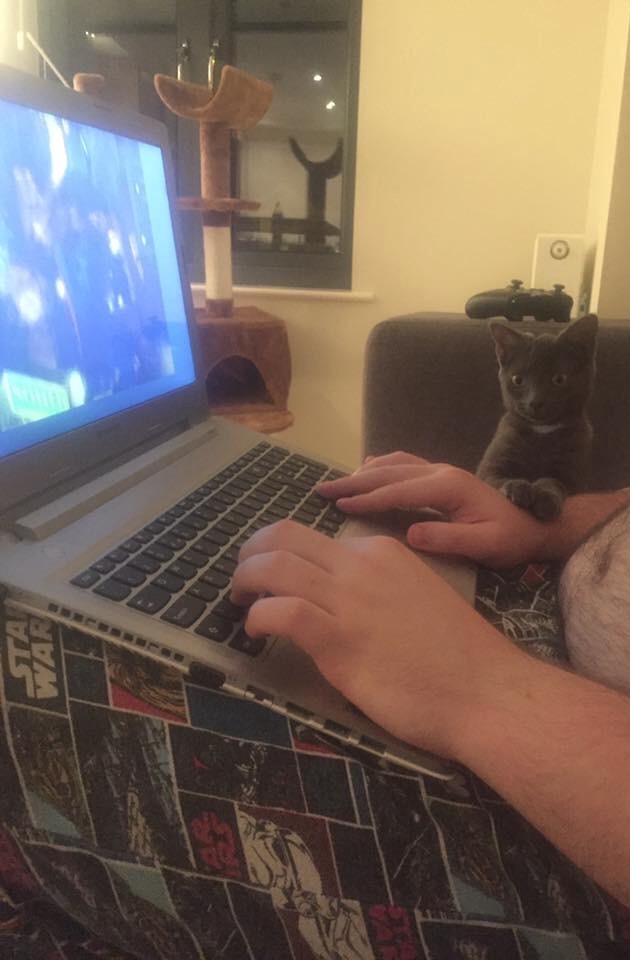 What others may seem as scary and serious, I see as the perfect uni experience. And if you think that’s what you want- then do it. It’s a normal thing, and it’s super fun. 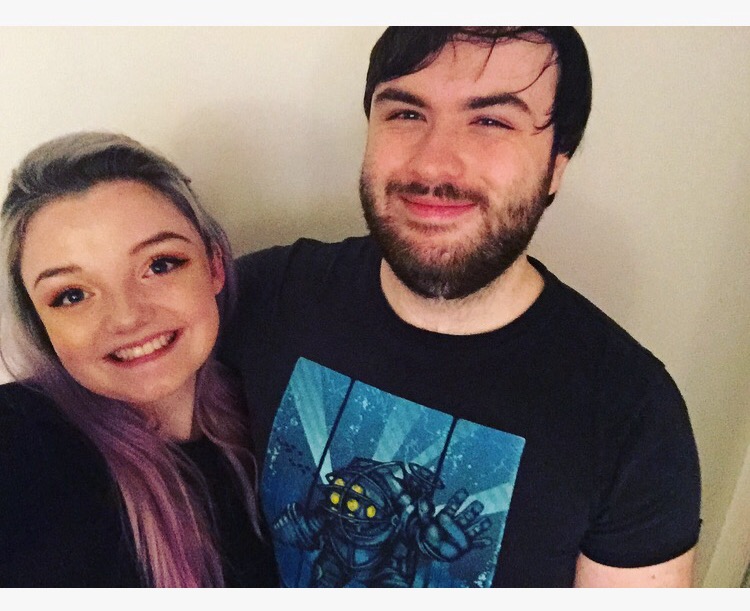 Don’t let other people’s opinions and issues with commitment put you off, you can still have just as much fun as anyone else. Just without the chance of constant heartbreak and numerous STI’s caught from randomers during freshers week or society nights out.