Look out Joe Hart, Eva the robot is gunning for your job!

Plymouth welcomes back its robot olympians 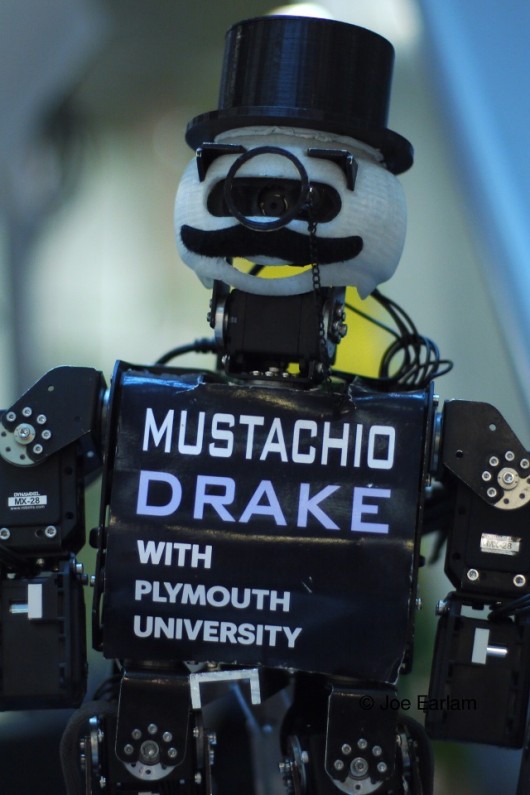 One week ago Joe Hart lost his starting job from the Manchester City line up, could things be about to get a lot worse for him? Probably not, but check out Eva, the university’s first female robot goalkeeper.

Yes apparently you can have female robots, and credit to the robotics team she did have all the characteristics of a female: dressed in pink, better than me at football and quick to reject my advances. Seemed legit to me. 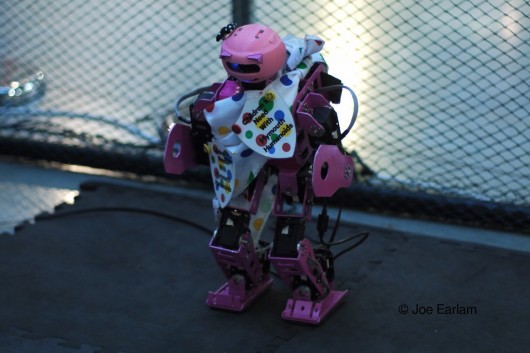 This week Plymouth University welcome back their Robot Olympic squad in aid of Children in Need.

Setting up in Drake’s Circus and Roland Levinsky Building, the team took donations in return for a go with their selection of awesome robots. 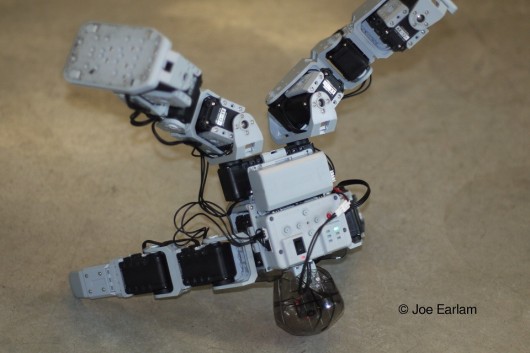 I’ll call them transformers, not because they change from everyday cars into death machines, but because they transform fully grown men and women into five year olds.

Overheard conversations included “Wow that robot is doing press-ups. I want one!” and my personal favourite “Oi mate, give us a quid, I want a go with the pink one”. 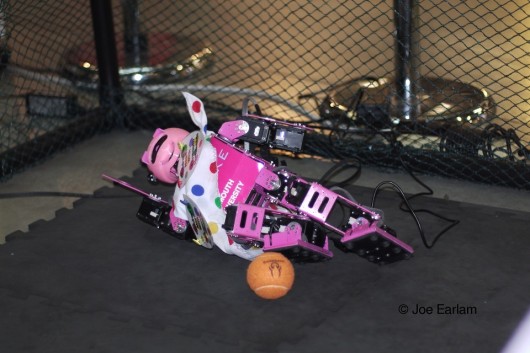 Another quality diving save.

Now I’m not saying that Joe Hart should be demoted down the pecking order in favour of a robot, but given that the robot spent more time saving penalties than pulling stupid faces, it might be worth looking into! 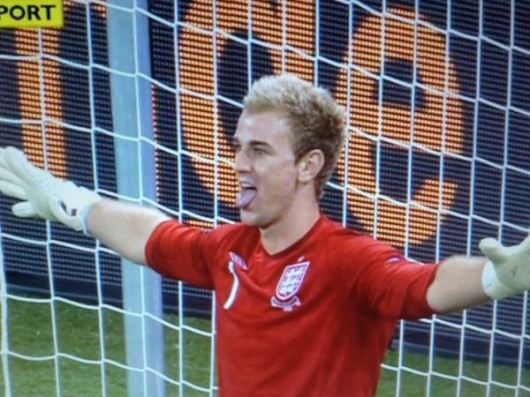 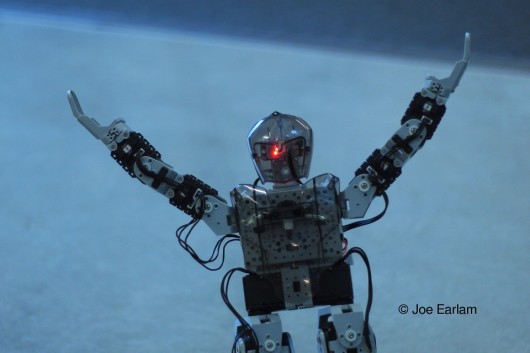