Some fantastic pictures from the weekends Urban Downhill.

Once again, we have reached that time of year again where a group of brave young men desperately endanger their testicular regions in a bid to cross the specially made campus downhill course on their mountain bikes (women also took part, but that thing about the testicles wouldn’t make sense if I included them). 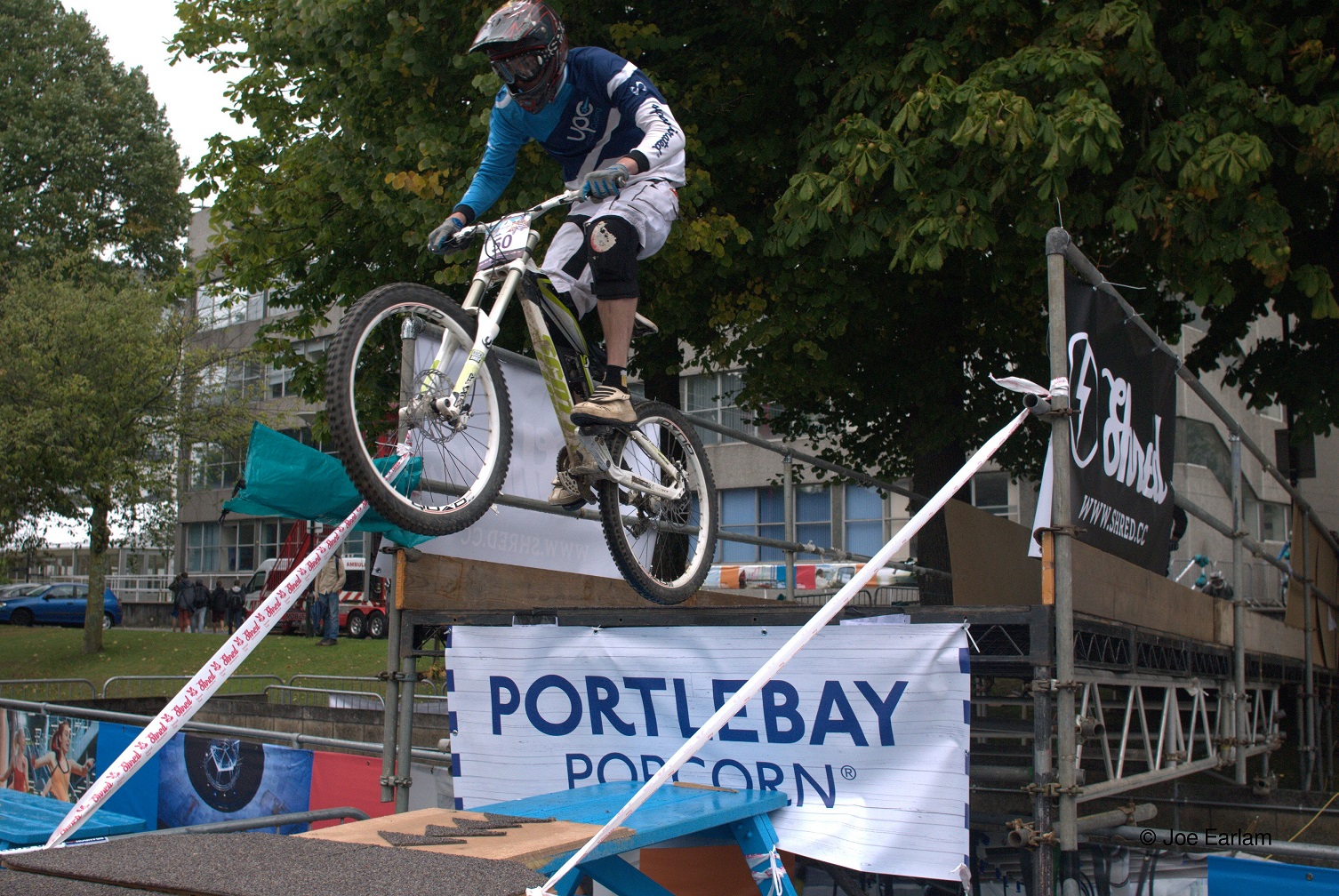 Urban downhill mountain bike race enters its fourth edition this year, providing students and locals with an opportunity to brave the elements and watch a selection of bikers ranging from amateurs, to pro level riders bomb across campus at break neck speed in aid of the Chestnut Appeal for Prostate Cancer. 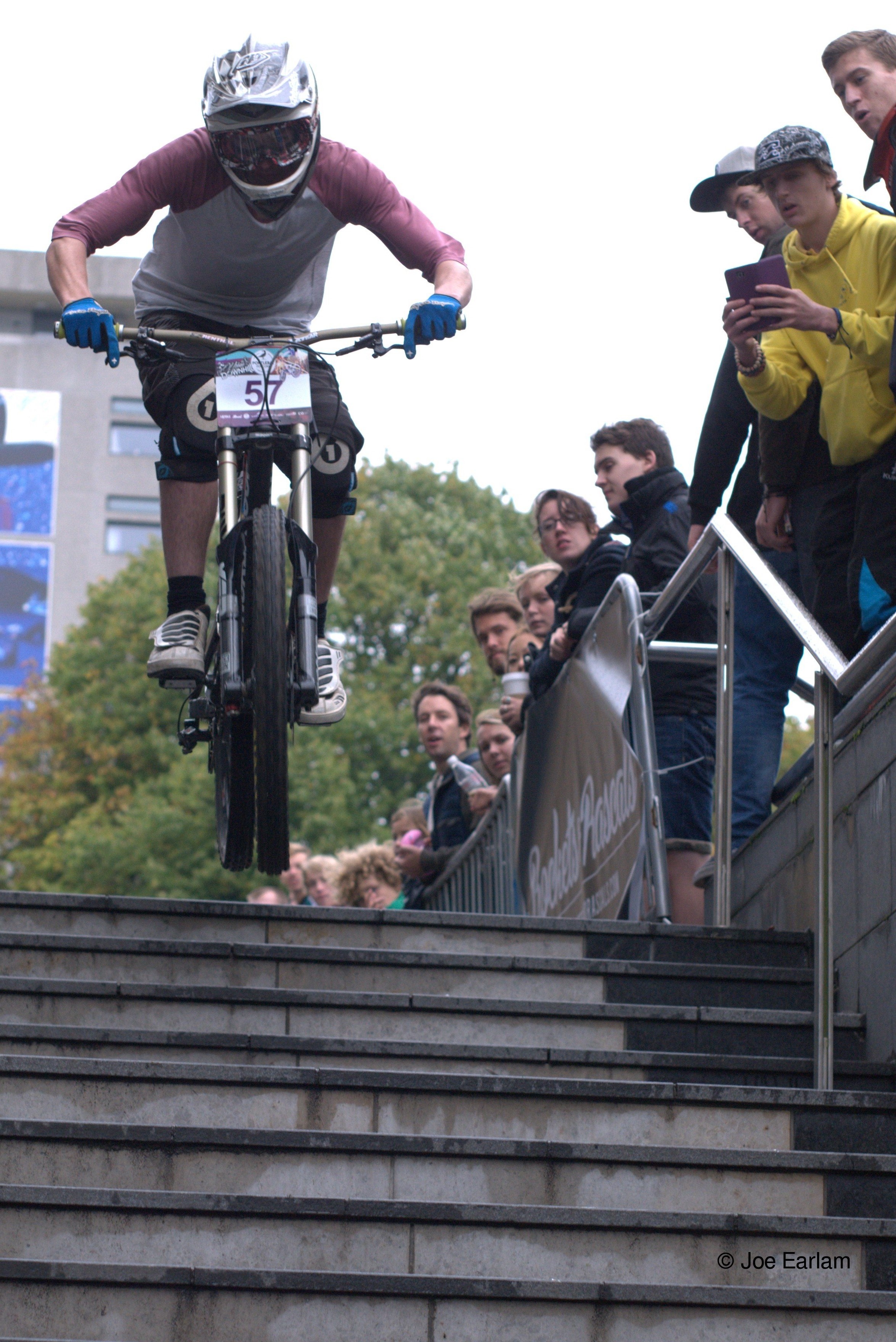 Obstacles include several sets of stairs, a few ledges, and an impressive ramp which made for some toe-curlingly close calls as some riders came within inches of mauling themselves on the metal fencing that surrounded the course. The day got off to a slow start with practises taking what felt like an eternity in the rain, but soon the real action got underway and we were treated to some quality mountain biking. 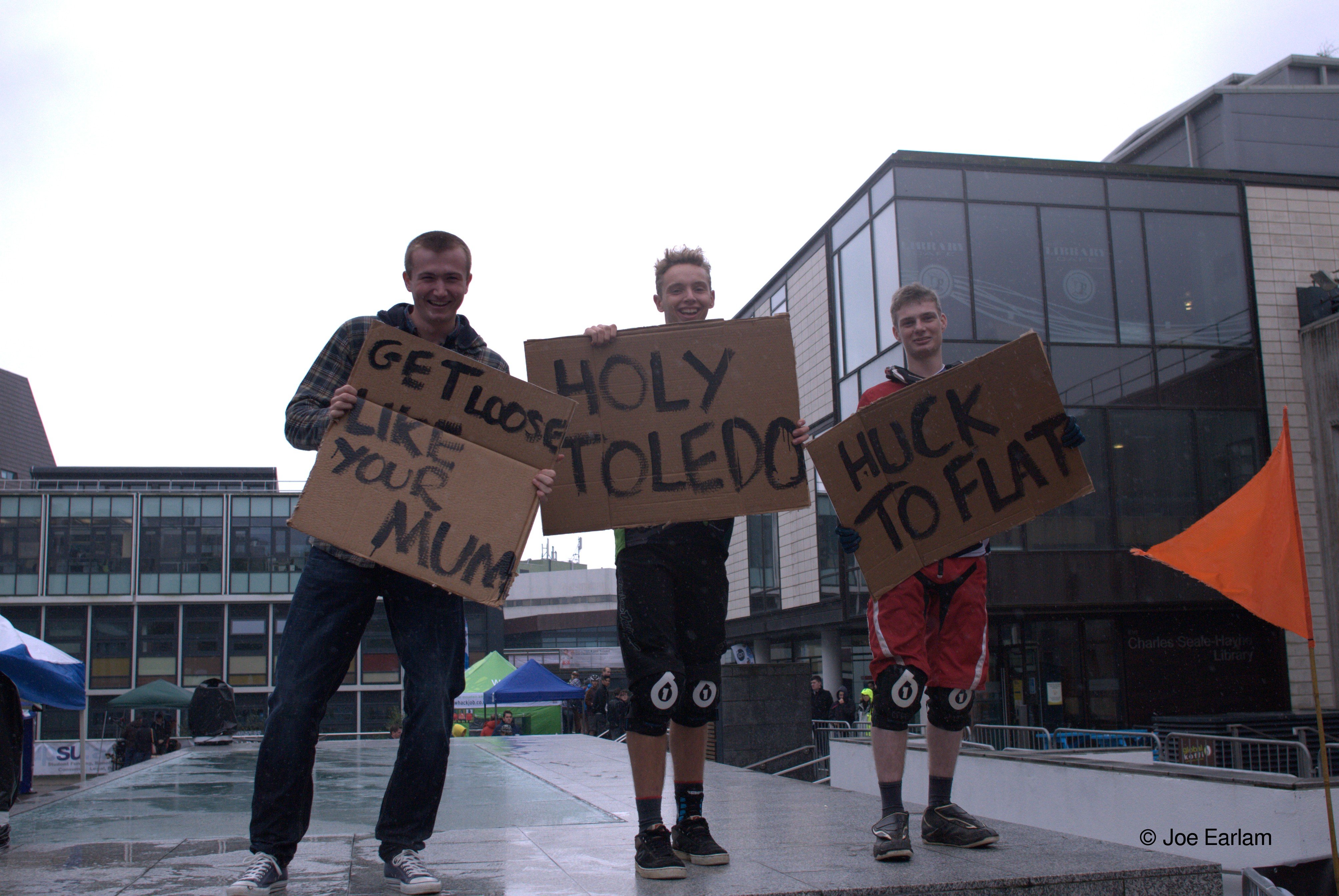 The fans were rewarded for their patience by being bombarded with free Portlebay Popcorn, which ranged from pretty damn tasty, to a flavour that I will describe as “mouth rape”. Red Bull also made an appearance with their promo girls handing out free cans of new Red Bull Blueberry, which wasn’t too bad and I can happily report cuts straight through a hangover. 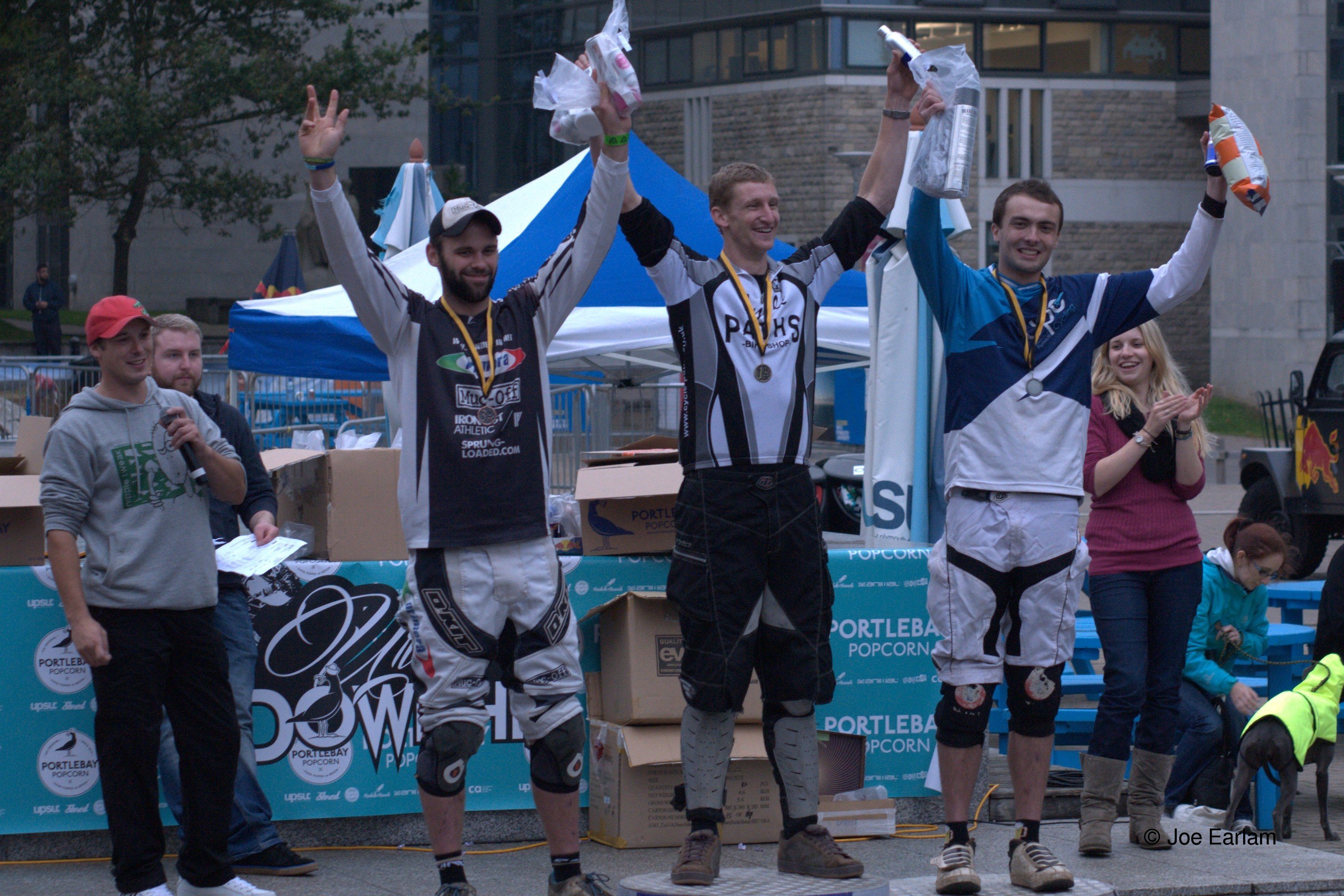 Representing Plymouth University in the event we had Pete Robinson who took second place in the senior category, and Seb Lloyd who grabbed another silver medal in the hardtail group. Well done lads!

Special credit for this article goes to photographer Joe Earlam for sticking out the whole day in the trademark Plymouth drizzle that still didn’t extinguish a good day had by all.